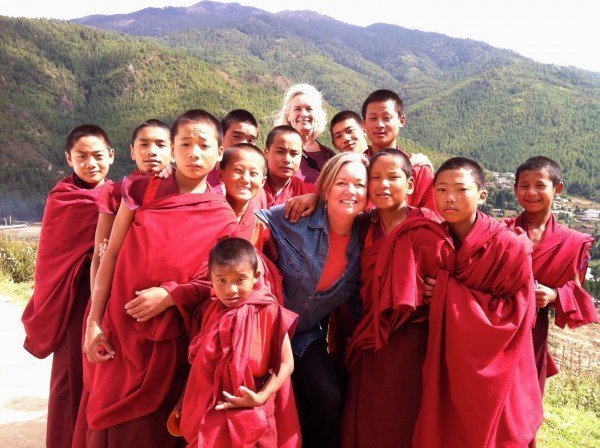 Finding the ME in MEnopause

The ME in menopause is a journey, or as best-selling author, Gail Sheehy, might say, a passage.  Only there are distinct differences from that original publication back in 1976 when Ms. Sheehy was in her late 30’s, and first wrote about the midlife “crisis” as passage point.

Ms. Sheehy is the first to admit that the first book fell short on what would become the real midlife, as she had no idea of what 50 might look like herself in 1976, other than distinctly “old” images of her mother and father.  (Since then Ms. Sheehy has written New Passages and Passages in Caregiving, inspiring many women like me to also share my “passage”.)

Things are different today, in 2012, as we now know that menopause is a time of estrogen-deficiency, and not a crisis at all, but a virtual gateway to the next 30-40 more years of life.    It’s a time of awakening, of realizing our potential, and potentially a very free-ing time in our lives.

That’s how I’ve chosen to see this time in my life and I’d like to be one of the increasing numbers of “old” women, who might see 92 from the third seat in a scull, and rowing in a Master’s rowing event instead of succumbing to osteoporosis, one of my biggest risk factors.

So, with my vision for how I wanted to be at 92,  I became more interested in creating a foundation for wellbeing, a pathway that would give me the tools for a positive mindset, a flexible and strong body, and the energy to be creative – all factors in assuring longevity. Research shows us that doing all we can do in our 50’s is critical to setting a foundation for living well through out our life – emotionally, physically and spiritually.

How I Have Reinvented Menopause (so far)

As I near menopause, I decided to take new steps – steps that I had previously not really considered important in my life.

Once I learned about how the physiological changes associated with estrogen loss, I decide to be more proactive in preserving my quality of life, and perhaps even gain strength, muscle mass and, the holy grail, fulfillment and happiness.

One thing was motivating me for sure – I did not want to succumb to the conflicting and disingenuous advertising messages we’re bombarded with as we women age!

First, exercise for wellbeing.   I made a decision to join a women’s rowing, or crew team.  It was not a decision that was easy to make, as I’m not an early morning person, but, as I’ve come to appreciate, there’s nothing like rowing with like-minded women on calm waters – and, there’s no better way to start a hectic day than rowing at 7 am.  The really great thing about rowing is that you have to learn to “recover” from each stroke, giving you the cardiovascular strength you need to row for at least 30 minutes and possibly, achieve yourtarget heart rate for at least 20 minutes.  Cardiovascular strength training such as rowing or bike riding, is good for your heart, and makes you feel better, giving you a sense of wellbeing.  While you will probably loose weight, the sense of wellbeing will be motivation enough to continue your commitment to yourself.  You might even be able to rid yourself of an anti-depressant prescription!

Second, take a proactive mindset instead of a reactive mindset around nutrition.  One of the changes I made to my diet, as a result, was taking dietary supplements.  New research showed that taking a multi-vitamin may not help us women live longer.   However, there are several key dietary supplements that are recommended for menopausal women such as fish oil supplements ( Omega-3 fatty acids), Vitamin D and Calcium.   Have you considered taking any of these supplements that are proven to help menopausal women?

Third, I created my first ME-Pause.  This “ME-pause” was packaged in a not so neat bow, with no clear answer, no clinical trails, and, ironically, no obvious relationship to my health.  MyMe-Pause was a defining moment as I declared the death of my life as a run-on sentence. Taking time to pause, reflect, think and plan have become more important to me.  Putting a comma in a sentence is a good thing.

My ME-Pause turned out to be a cultural expedition to a little known ancient civilization, the last Shangri-La and a Buddhist haven nestled in the Himalayan Mountains – Bhutan.   A remote civilization with few roads and hundreds of temples, Bhutan measures its progress by Gross National Happiness – as opposed to GNP.   As Buddhists, the Bhutanese believe happiness arises from causing happiness in others. It’s more than a fleeting feeling of joy, but a belief in the power of positive thoughts, simple acts of kindness and love that transform people, communities and our relationship to the world.

The overarching result of my two-week trip to Bhutan with my aunt remains significant in mylife today.  I’m looking at menopause as a glass half full, a time in my life that is just the beginning to finding and designing the second half of my life with renewed passions and interests.  I’m seeing, for the first time, that I can create my own wellspring for living better .. and into old age..and just maybe, I’ll have that third seat in the scull with three other women rowing the calm waters of the early morning.

Finding the ME in MEnopause was last modified: February 21st, 2012 by Kelley Connors