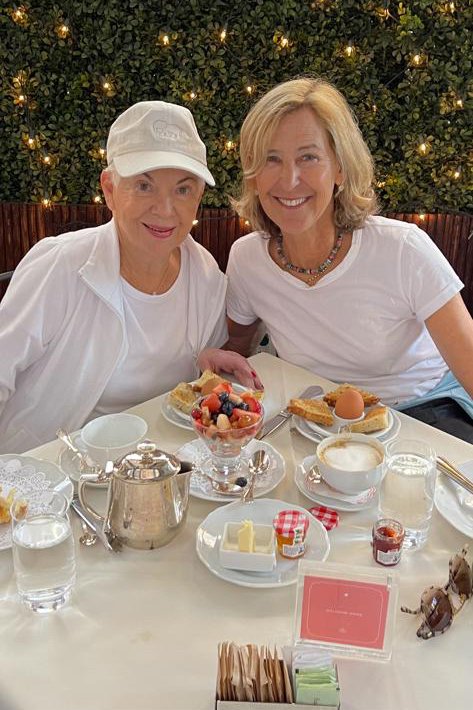 I’ve always thought of NYC as the equivalent of Paris, gorgeous architecture, lots of little neighborhoods, great food, tons of culture and fashion and fantastic people watching. As a newlywed, I moved to New York in 1984.  The city was rough and dirty and struggling but in a few short years it had a turnaround. With two new babies and a business 5 minutes from my home, life in the suburbs of Larchmont was full. It took planning and motivation to leave for the day and head to NYC. But it was always worth it.

My favorite daytime jaunts were with my girlfriends. We would catch Metro North and subway to the Angelika Theater in Soho for an 11 am show followed by lunch in a Soho cafe. Walking the cobbled streets, we would buy our fill of the best food from the Sulllivan Street Bakery and fresh pastas and cheeses from Dean and Deluca.

Those monthly escapes reminded me of the year I lived in Paris in my early 20’s but now I could do it in a day.  NYC became my new Paris over the next 30 plus years.

During these past 2 years of the pandemic, like many, I have stayed away from the cities. So it was with slight hesitation that my husband and I headed in for an overnight at our friend’s apartment. We had become fearful of too many people, stories of rising crime and boarded up shops and had little desire to hop on a train or into a taxi. So we stayed away.

The visit started with dinner at a local uptown Italian restaurant.  It was a gorgeous October night unseasonably warm with a full moon.  The place was packed and no one seemed to mind the noisy cars that drove close to our curbside table on Madison Avenue, or the people who walked around us on the busy sidewalk. We tucked into our little dinner oasis and it felt like we had arrived in Paris or Italy but here we were, dining casually on the streets in NYC. It felt surreal to be back.

Like a fair weather sports fan who had given up on their team in a down season, I guiltily admitted that I had forgotten how much I adored the buzz of the city and felt badly that I didn’t think NYC could feel like this again.

And for the first time in 2 years, I felt the fear of being in the city melt away and the allure returned.

Somehow after 2 years of quiet. we were able to get some sleep despite the unfiltered sounds of sirens and traffic and the never-ending city noises.

Awake early after what felt like a minute of sleep I walked 20 blocks to meet my Auntie Dina for breakfast. We hadn’t been together in 2 years.  We  hugged and laughed and ate the habitual soft boiled egg, croissant and coffee breakfast at her favorite cafe, Sant Ambroeus. Truly a NYC meets Paris with Auntie Dina moment. We were teary realizing how much time had passed and grateful we could be together real time again. I hadn’t seen her since I lost my Mom or since she had lost her husband. It was an incredible reunion.

And in a flash, fully caffeinated I met my girlfriend and headed out to the reservoir for the start of what would turn into a 12 mile day of walking. Only in New York City!

I can’t believe this, it feels so normal. There’s so many people. I don’t know where to look first. The energy level here is wild. This feels soooo good.

I told you the city was busy again. People are ready. It’s been going on for awhile.

I know you said that, but you live here, you are used to it. I wasn’t buying it. Clearly, I was wrong.

The energy of the city was working its magic on me.

Love her tights. Wow, look at those doggies. That man should put a shirt on, who wants to look at that first thing! Doesn’t that person look familiar?  Is that a running group? That lady must be 90, and she’s still running., those ladies must all be over 80… Wow!

And on and on, there was so much to take in.

As  we walked around the reservoir at 90th street it felt like I had hopped onto a  merry go round in motion.  There were so many people. It was life as usual in Central Park. Babies and strollers in circles, Toddlers and guitar players entertaining parents and caregivers in outdoor classes on the lawn. Exercise groups with trainers were in full swing. We dodged the bikers and runners and headed to the local coffee shop.

Do you want to go the Banksy Genius or Vandal show on 14th street? I asked my friend. Maybe I can get tickets.

Absolutely, we can walk down there through the park.  I pulled up the Fever App and voila, got it!

How easy was that? I can’t believe it. Culture at my fingertips.

And so we walked and walked heading out of  Central Park, past the windows of Bergdorf that were shimmering with clothing we would never wear. Everything was midriff crop tops with fancy skirts for the under 40 set. No matter, the eye candy was riveting.

The energy shifted  dramatically as we walked through midtown. It was a quiet ghost town with lots of boarded up windows. It felt sad and we talked about whether this would ever revive. From neighborhood to neighborhood the energy shifted, quiet then lively but unavoidably affected by these last two years.

An hour later we arrived at our destination, masked up, showed our Vaccine cards and entered the sardonic brilliant mind of the street artist Banksy.  The show was fantastic.  His artful graffiti running commentary about the destructive nature of capitalism and rampant inequality was exhibited in what felt like an abandoned office building. It was a quintessential New York experience; raw, thought provoking, emotional, angry and gorgeous.

Oh New York….I am so grateful you are back.And to think we hadn’t even had lunch. it was only 1 pm.

I’m hungry. How about Eataly in Union Square?

And off we went.