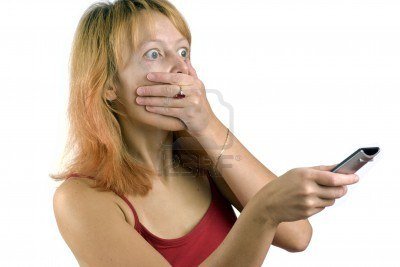 It started out innocently enough: The idea of watching what I want to, when I want to, without commercials for products having no relevance to my life. No more screwing up half the programs I tried to tape. No more missing who done it because the phone rang. No more channel surfing during the hundredth car commercial of the evening… or reading a magazine with the sound on mute… or checking my email… then missing the climactic first few minutes of the next segment. I alone would determine my prime time television watching, not some network executive in Burbank, all thanks to the new and powerful DVR.

Born into a black and white, three-channel, no-remote single TV household, my father ruled our TV universe from his Barcalounger. If we missed an episode of “Perry Mason” or “Dr. Kildare,” we usually caught it when it was repeated during the summer. As the years went on I memorized the days, times and channels my favorite programs aired and planned my evenings around their schedule. Today it doesn’t matter what’s on, I’m not going to watch it anyway. Thanks to the digital video recorder, I made my TV watching more efficient, adding hours of freedom to my busy week.

It’s all my daughter’s fault. She bullied me for years, extolling her TIVO and disparaging my lame attempts at figuring out our VCR. Although I’m really slow to embrace any new technology, the DVR had me at hello. Within a week I morphed into a “heavy shifter,” recording and later watching an embarrassing number of hours of commercial-free TV a week. A perfect night consists of three saved up episodes of “Parenthood” or “Project Runway“ or “The Good Wife.” Sometimes I’ll get creative and hurl through “House“ followed by “Modern Family,” ending with “Sunday Morning.” One click at the beginning of the season ensures I’ll never miss an episode. Lately I’m more inclined to chuck my two-hour commitments (British stuff, Nazi stuff, nature stuff) for a line up of six (!) 22-minute comedies. I’ve found that when life is stressful, shorter and lighthearted is the way to go.

The problem is the DVR has space for “only” 24 hours of HD programming before it will get rid of old shows. Which means if I read a book or visit friends or actually have a conversation with my husband that involves eye contact, I run the risk of losing my copy of The King’s Speech. “Hurry up and swallow,” I hiss, racing through dinner, “’The Mentalist’ started 20 minutes ago and we can watch it straight through if we start right now!” Thus begins a night of fast forwarding through 32 commercial interruptions before bedtime, wrestling with the remote to see who more accurately pinpoints the exact moment the program restarts.

Lest you think I’m alone in my obsession, DVRs were cited as the second most essential household technology item people can’t live without, second only to the cell phone. Among non-technological items, the DVR was beaten just by the washing machine and microwave. But I understand that’s no excuse for my mania. OK, it’s time. My name is Marcia Byalick and I am a “showverholic.” It’s time to admit that the hours and hours I save not watching commercials is not spent healing the sick or helping the poor or even getting some rest. They’re spent cramming in more hours of TV. So this week, I deleted the recording of two hour-long drama series, one talk show and one reality show. It was easy. As long as I’m guaranteed that what’s on tonight will be just perfect…for me.