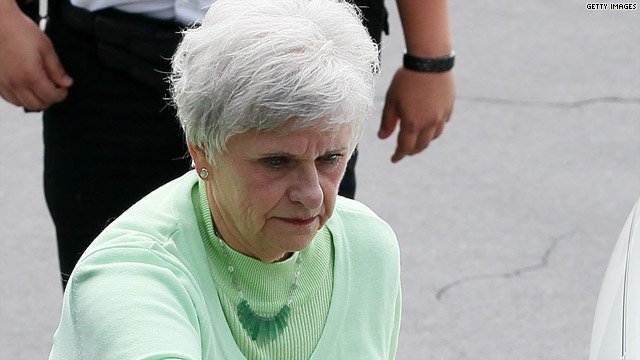 Dottie Sandusky: Why Didn’t You Know?

How many times have we thought, how could they not have known?  For example:

–When I got the call that friends we had just gone on vacation with were getting separated, my husband and I were aghast. We had no idea they were on the brink. How could we not have known?

–The last kid left for college and her husband told her he was leaving as well. She was shocked and devastated. How could she not have known?

–They got the call from the local police station that their boy had been busted for selling pot. How could they not have known?

–She called her dad two months after graduation to tell him she was gay. He was rocked to his core. How could he not have known?

These scenarios are all too familiar. When we read about Dottie Sandusky not knowing about her husband’s pedophilia as she took the stand in his trial it seems hard to believe that “the woman claims to hear no evil and see no evil” as Maureen Dowd wrote about in her New York Times June 20th Op-Ed piece. Dowd plays out the testimony leading us to the all too familiar refrain, “Aw…come on…how could she not have known?”

So as we think about the Sandusky criminal trial, maybe the bigger question is…what’s behind the denial? What if we step back and try on the phrase: “We believe she didn’t know.” We are then forced to go the next step and ask… How does this happen? What is it in the human psyche that allows one to not see what is happening in their very own living rooms, in their very own bedrooms, their workplaces, and right under their noses? In this case, it’s difficult to believe there was NO evidence, NO warning signs.

Instead of asking,  “How could she not have known?“, maybe the bigger question is “Why was she AFRAID to know?” This brings up the issue of denial.  Clearly, this age old denial issue rears its ugly head again and again. The worst part of denial — as it relates to this case — is that if she had recognized what was happening in her own home, maybe she could have prevented further victimization of innocent lives.

So the question really becomes… What causes denial and why do we choose not to face reality?  If you have thoughts about this we would love you to write in your comments.