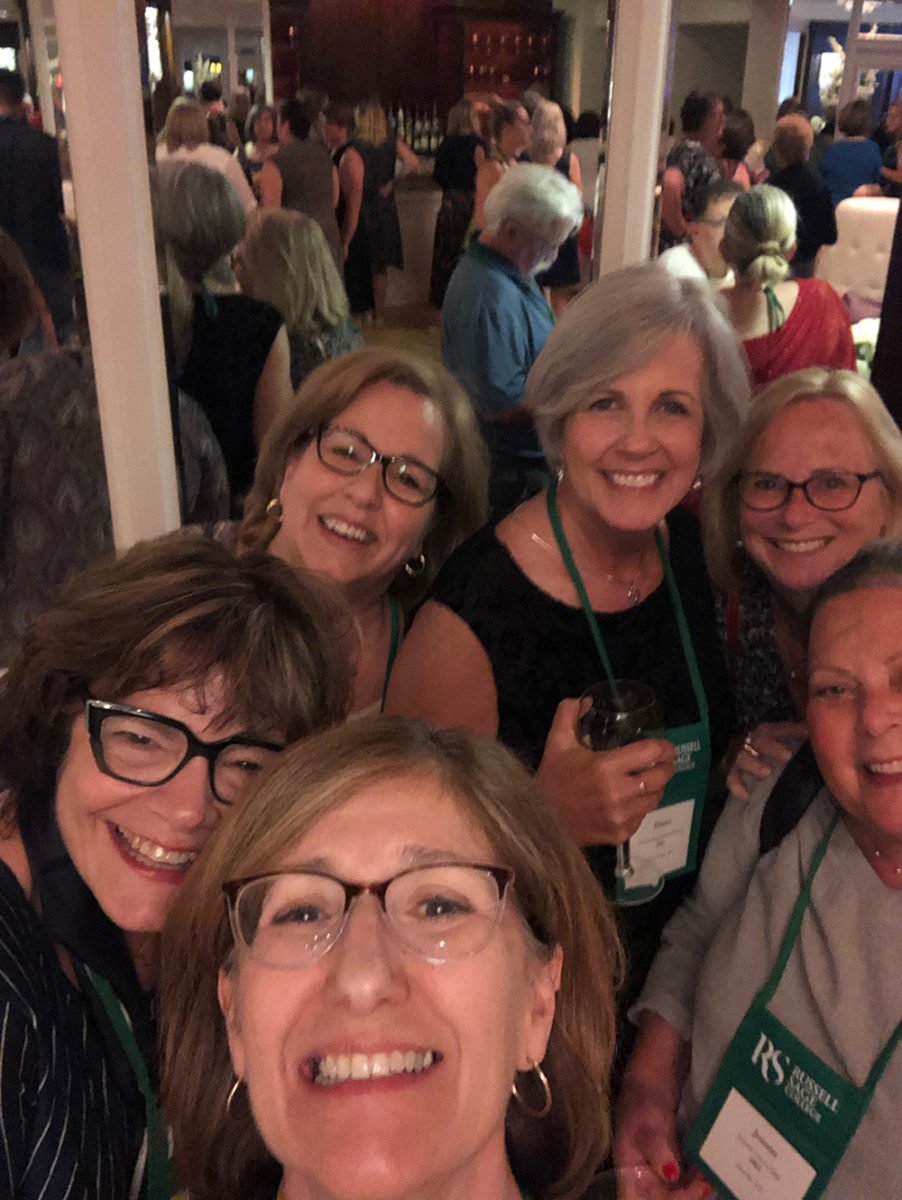 Don’t Be Afraid of Your Reunion

“There’s the infamous statue.” Kathy pointed, as we strolled around the college campus I had not visited in 40 years. It was an impressive bronze statue of a mayor from the 1700s holding a rifle.

“What’s the significance of this again? One more thing I can’t remember.” I laughed, a little worried about how much I had forgotten since graduation.

A lot of life had happened and mine included the usual twists and turns: marriage, kids, career, illness, death of a parent, divorce, etc. All the memories were there, but damn if I could access them without a little reminder.

“Don’t you remember?” Kathy said. “The gun goes off every time a virgin graduates.”

Belly laugh #1265. I had lost touch with Kathy but I still see us traipsing past this guy at 2 am after some adventure likely involving boys and some form of alcohol. Both of us had a lot of growing up to do but Kathy was naturally smart so she survived. I, on the other hand, struggled to balance my social life, which always won, against my studies. I could barely understand how I functioned back then.

Despite this, I had not stopped laughing since I’d arrived 24 hours prior, and happily said to Kathy, “This has got to be good for my health.”

I had spent the past week being unnecessarily anxious about how I would present to my classmates after 40 years. I am in the midst of a divorce from a long-term marriage gone bad and my self esteem and view of the world is sometimes skewed.

“You’ve got nothing to worry about.” another friend, Ellen, had assured. She called from her car on her way home from her 40th. “Wait until you see how good you look in comparison to everyone. You’ll be fine. More than fine.”

“Easy for you to say, ” I grumbled to myself. “You went to Harvard with lots of smart people in the smartest city in the world.”

I went to a small women’s liberal arts college (some called it a girls school) that most have never heard of, in a city often referred to as the armpit of the nation. In addition to  “finding my voice” as was the buzzword for women’s schools, I also found boys and beer. A lot of boys and beer. It took years before I could laugh about how I almost didn’t graduate because of a late economics paper. Somehow it got sorted out, but of course, I cannot remember the details.

“Plus you’ve got a successful career to talk about.”  Ellen added, who always said just what I needed to hear.

No wonder why I never looked back. I was an underachiever who cared more about .10 cent drafts and the fraternity bro du jour than microeconomics, which I never really understood or enjoyed.

After graduation I was anxious to reinvent myself and it began with a year-long trip to Israel, which would later become significant in my life and my career. I would have lost touch with my classmates completely if not for Social Media.

In a nod to my creative side, I got a mani/pedi with yellow nail polish, which made me feel a little like Big Bird, and off I went to see the girls from college who I was hoping had turned into women I would still like. But not before throwing a “just-in-case” gummy into my handbag lest my nerves needed it.

I was pleased to learn that what we “lost in collagen, we had gained in wisdom.” Not only were my friends beautiful and accomplished, they were also brave and funny. In different stages of their careers, some were retired teachers, some were practicing physical therapists and some were semi-retired nurses. Two were battling cancer.  Kathy was an HR Director at a nearby university. As we segued from the past to the present, It was just as easy to talk about beer bongs as it was to talk about gray hair, bra size and how the world has changed. We noted that we’d all battled teenage demons, but no one seemed to care in the early 80s. Today, at least one of us would have been diagnosed with ADHD and another with an eating disorder, but it didn’t exist in our small world. Miraculously we all survived.

It wasn’t just Kathy’s reunion-inspired orange and purple nails that reminded me why I had loved her. Turns out she likes gummies too and her wild child teenager had grown into a compassionate, engaging woman with an enviable joie de vivre. Why had I lost touch with this person with whom I shared so much?

“Let’s not wait another 40, ok?”  I said to Kathy as we tearfully hugged goodbye. “I think we can still be great friends.”

Don’t Be Afraid of Your Reunion was last modified: June 9th, 2022 by Julie Newburg