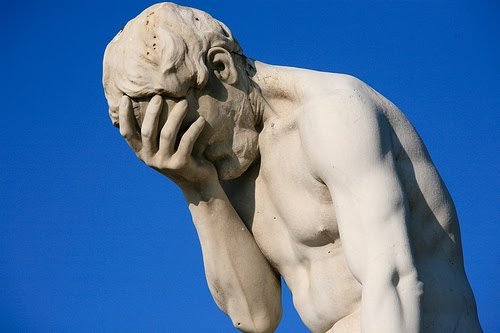 Do You Measure Up?

I was bundled up in three layers: long underwear, fleece and windbreaker, sitting on the foredeck of our boat at a beautiful marina on the Chesapeake Bay.  Other than sitting and taking in the scenery, I wasn’t able to do much that vacation week.  I had hurt my back and was still on some pretty intense pain meds.  So I sat on the deck on a cold day in October, pretending it was summer, enjoying the time to just sit and think.   Mike was doing his thing- tidying lines, cleaning the teak, repairing impellers and adding chemicals to the heads- all the stuff that he loves to do when on vacation (I kid you not).

We were pleasantly distracted when a couple came strolling down the dock, stopped by our boat and started up a conversation.  It turned out they were recent empty nesters on vacation, also sailors intent on seeing the world by boat some day.  We talked about the wind and weather, and it didn’t take more than about two minutes before the woman mentioned that she didn’t fly on airplanes.

“Well, why the hell not?”  I asked.   I tend not to mince words (but if she had said she didn’t drink, I promise- cross my heart- I would not have asked why.)

“I believe the government is too intrusive in our lives, and I believe that we should not be searched before we fly.”

“OK…” I responded, still looking for the explanation.

“So that is why I don’t fly–out of principal.”

I was uncharacteristically mute (the pain meds indeed included Valium).  Mike, picking up the slack, asked her a few questions–something about the 9/11 terrorist attacks and safety and whether she would rather fly with the risk of being blown apart in the air.  As far as I could tell, the conversation ended pleasantly enough.  Mike went back to fixing things.  I went back to my thoughts in the sunshine.

I thought about this woman who sacrificed air travel to protest what she believed was the government’s intrusion into the privacy of its citizens.  Was this woman for real?  Was her sacrifice worth it?  Did she think she was making a difference?  Did it matter?  And why was it, that within the first two minutes of meeting her, we knew of her sacrifice?

I know there are some very wonderful people in the world who quietly follow their principals, and I didn’t know if this woman was one of them or not.   Though I thought her choice of protest was bizarre, she just might have been a living example of that one small voice standing up for injustice, and that was pretty cool.

My thoughts drifted to people who do the right thing, but make sure you know about it. And then to those people who think that the things they care about should be the things that I care about.  And then to those who believe that their way is not only the right way, but the only way. And then my thoughts drifted to how I measured up to my own principals, and I decided right then and there, while the sun warmed my body on the Chesapeake, that I had no tolerance for anyone with a “holier than thou” attitude.  I already knew I fell short.  I didn’t need it shoved in my face.

I made a mental list of some of the ways I have failed:  I believe in recycling, but every once in a while I throw paper in the blue trash bin instead of the green.  I believe in conserving energy, but I crank the heat to 70 degrees in the winter. (To be completely honest–I prefer 72.)   I care deeply about the Death with Dignity bill, but I do not plan on holding a sign on Election Day.   I believe in bringing reusable grocery bags to the market, except for the many times I forget to take them out of the car and I don’t make the effort to go back to get them.  I believe in returning the shopping cart to its metal cage in the lot, except when I am in a really, really, big hurry.

There were plenty more.  I believe in organic, but not when it is too expensive or terribly inconvenient.  I drink water out of those nasty plastic bottles.  When the water bottles are empty, I recycle them- except on the sailboat, damn it.  I throw apple cores out the window of my car.  I forget to shut off the lights when I leave the house.  I do not protest the evils of big corporations like Monsanto.  Hell, I hadn’t even heard of this company until my daughter gave me an earful, and still I won’t protest.   What kind of person was I?   I was just getting started as the sun started to go down, and I had to go below to keep the chill out.

I learned a lesson that afternoon:  stay off those pain meds.  Sober, it seems to me that I do my best, and that feels like enough.  And now I can’t wait until Election Day.  I think it will feel especially good to vote this year.

Do You Measure Up? was last modified: October 23rd, 2012 by Ronna Benjamin