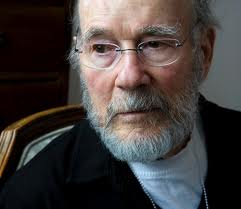 Peter Goodwin was the doctor who successfully lobbied for Oregon’s Right to Die Law. In a week that has been filled with the bad news of death and sickness for me, I paid particular attention to an article about him in the March 26, 2012 issue of Time Magazine. The week began with the 18th anniversary of my father’s suicide. In the shadow of my father’s traumatic death, the Time article injected the issue of choice and free will in choosing to die rather than suffer. (You can read the full article at LATimes.com.)

The Death with Dignity Act in Oregon allows mentally competent people who have less than six months to live to take medication that “will hasten their demise.” Similar laws are in place in Washington State and Montana as well. While this was news to me, I also learned that Peter Goodwin, had six months to live when he advocated for the bill. On March 11, Dr. Goodwin chose to “take the medicine”, to orchestrate his death on his terms and died with his family at his side.

Death by deliberate choice or suicide can feel like a selfish act to those who are left to deal with the loss.  I firmly believe in life.  Seems obvious, right? Not for everyone. It’s complicated.

When our kids are teenagers—we are forever cautioning them about the dangers of drinking and driving, hiking in the wilderness, excessive weight loss, global travel risks, and late night daredevil stuff. When our kids are taking what we deem imprudent risks, not only does it seem irresponsible of them, it feels downright selfish.

Maybe the month that I’ve just had marks the beginning of a typical month in the life of a woman in her 50s.

The last 30 days have been riddled with news of death and sickness. My community was rocked last week when a friend, driving home from a social gathering, hit a tree and died a few days later from complications. He was 56-years-old leaving a wife and three beautiful children. A tragedy for which there is no rational explanation.

A few days later, my dear friend called to tell me she had to drive her beloved father-in-law, a sturdy, healthy 91-year -old, to the hospital only to find out his recent pain stems from cancer which has spread extensively, and the prognosis was not good. I received an email from another woman telling me her 94-year-old dad had just moved to rehab after having fluid removed from his lungs from a stroke.

My own father’s death will always haunt me. My father committed suicide on March 19th, 1994.  I was 38- years-old; he was 68. The suicide was his choice, his plan, but frankly neither my three sisters nor I had any clue that he had been so desperate.

Looking back, there are explanations—none of them comforting. My dad had a perfect storm of financial disasters over the previous six months. Broke and distraught, he left a suicide note that said he did not want to become “a taker” Despite unanswered questions about why he hadn’t told anyone how bad things were or how hopeless he felt – I believe he considered his “LAST ACT” as one of dignity. His death was something he could control when the rest of his life ran away from him.  He went into his garage, closed the door, turned on his favorite Prokofiev, sipped his scotch and started the car. But in the end, there’s a part of me that feels that it was selfish and cruel of my Dad to leave us. I still want him back 18 years after the fact and so do my boys.

My sons and I talk about how harsh and unfair their grandfather’s suicide was, and have made a pact that no matter how bad things may get — and trust me, we have had our share of tragedy since then – we would reach out to one another for help.

And then there’s Peter Goodwin whom I mentioned at the start of this blog entry. I suspect that my friends’ elderly fathers will make their own choices. But I wonder: Are we prepared for the difficulties and, yes, the pain that lies ahead? Are we prepared to “let go” to support our parents’ decisions?

Mid-life in particular seems to present a flood of issues that forces us to deal individually with events not of our own making.  However, we are on common ground as we all attempt to seek peace in the aftermath of a death. A tragedy, like the car accident last week, requires us to tap into deep reserves of energy to confront a new reality and ultimately find ways to continue.  This kind of instant loss is in its own category. Even as we nervously recite that accidents happen, all the while we are whispering to ourselves: “NOT TO ME”!

Peter Goodwin made his decision and influenced the way others make their end-of-life choices. I could argue that my father’s suicide was not a choice, but the outcome of hopelessness or depression. Either way, difficult situations are springboards for the uncomfortable discussions we’ll be having as we navigate our way through our 50s and beyond.