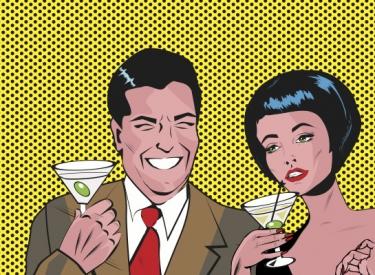 Dating in my 20’s: Lillie’s on Friday 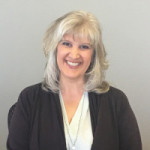 “Let’s meet up with Paul at Lillie’s on Friday” my co-worker Renee said.

Renee had listened to more than she needed to as my relationship disinigrated. We mutually agreed: I needed to get out. Paul was an Investment Banker and Renee’s new boyfriend; he was bringing friends from work. That Friday I felt powerful in my favorite olive, purple, and navy checked blazer, an olive pleated skirt and navy pumps. Underneath the blazer I wore a white silk blouse and a lacy camisole, no bra.

Lillie’s at the Embarcadero was The Bar where you went to see and be seen. He was standing by the outside bar: Mr. Lillie’s. As I circled closer, he was as tall as I was in heels, his eyes were blue. His suit was gray, shirt white, nice tie. He met my criteria, we chatted waiting for drinks, joining up then leaving Renee and Paul.

The wind blew in the fog as we walked outside. My jacket opened to the breeze and I smiled as I caught him admiring my lacy camisole. My breath caught as he put his hand on my waist, turning me towards him. I leaned in as his hand travelled up my rib cage, trembling with anticipation.

“Your place” he replied.

I was impressed by his BMW but said nothing as I gave him my address. I slid into the car, letting my skirt part at the slit. My mind wandered: was there any sexy exit from pantyhose? I snapped back into the moment: the parking gods had granted me an apartment with parking, saving time as we headed upstairs.

My new apartment was nice, I was proud of the Bay-peek from the Living Room window and the panoramic view to the Golden Gate Bridge from the roof. But my new bed needed a break in, and that was why he was there. I kicked off my shoes and shimmied (fortunately gracefully) out of my hose.

“I’ll show you around later” I said as I reached for his belt buckle.

The foghorn blew, waking us from a light doze. Knowing that my roommate was at the Balboa Café down the street, I suggested that we head there for a nightcap. I pulled on jeans and my high-top Reeboks, reveling in my sex-scented afterglow. The Balboa Café was in the Bermuda Triangle, where singles disappeared every Friday not to be seen again until work Monday. It was there that I left him, walking home grinning after a beer salute from my roommate.

San Francisco is a very large and very small town. The next night, out on a can-we-make-this-work date with soon to be ex-Boyfriend; I looked up crossing the street to the Hayes Street Grill. There he was, Mr. Lillie’s, crossing the opposite way with a date of his own. I felt a rush of lust as we passed.

“Who is that?” soon to be ex-Boyfriend asked.

“Someone I chatted with once” I replied, red-cheeked but not regretting one moment of the previous night.

I forgot Mr. Lillie’s name; it wasn’t important. We ran into each other once more at the I-Beam with my new Boyfriend (now Husband). That time I smiled to myself, loving feeling alive and desirable.