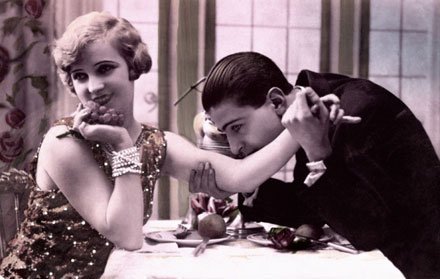 Having arrived early to a Match.com date, I was sitting in my car when I noticed a man hurriedly pulling on his jacket and running to the restaurant where we were to meet.  I just knew it was my date.  “Ah shit…”  I thought, “this one is not going to work.”  It was not about his being handsome or tall or short or fat or thin, it was something about the way the guy carried himself.  It sounds silly that I could judge someone like that, but in fact it was a mismatch–there wasn’t going to be a second date.

I have been single for the past ten years, and I am getting really good at online dating.  Match.com and ourtime.com no longer intimidate me, and I don’t waste a lot of time.  Online dating is a necessity of life if you are single after 50, are interested in dating, and you don’t have exposure to single men through your work or through multiple activities.   I can count on one hand the men I have met through friends.  Most of the time what I hear from friends is, “The men I know that are single, I wouldn’t wish them on you in a million years.”

But online dating has worked out ok for me.  Here’s why:

First: I think I have very good “creep factor” instincts and that I am able to weed out the “players” pretty well.   I don’t mean to infer that women shouldn’t be wary–I know there are a lot of weirdos out there.  But I think it helps that my profile doesn’t seem to attract creeps–no pictures with push-up bras, and I put it right out there that I am looking for a loving, long-term relationship.

Second:  I give chemistry a chance to brew–you don’t necessarily feel “it” immediately.   When you are younger, you are more likely to have an immediate chemical attraction to someone–the “he’s so HOT I could jump in bed with him right now” factor.  I hate to say it, but this is less likely to happen when meeting men in their 60s.  So if I like the person, I am willing to go out a few times to see if some feelings develop.  That was hard to initially accept, but it’s reality, and I’ve grown to appreciate the process.

Third:  At the same time, I listen and respond to an immediately negative visceral reaction to a man.  Every woman has certain things she really cares about.  Here are mine:

a.  I don’t like it if the wind is blowing, but his hair is not

b. I don’t like pants that are hiked up a la Steve Urkel

c.  I just have a thing about teeth–all of them.

Fourth:  I won’t date anyone who I think has been living under a rock.   Two examples;

a.  A few years ago, I put in my Match.com profile that I didn’t care whether someone had hair on their head or not, but I did write: “no comb-overs, please!” A Wellesley man wrote back, “I think we have a lot in common, but what’s a comb-over?”  Done.

b.  A man I was corresponding with wrote, “Somebody gave me tickets to this concert.  Do you think you might want to go?  I think the name of the band was ‘Earth, Wind, and….Moon?’”  Done.

Fifth:  If our politics don’t match, forget about it.  One man went on and on about how much he loved Sarah Palin’s new book.  Done.

Seventh:  I will not tolerate any man who hates any particular group of people: Gays, Muslims, Jews, etc. (Tea Partiers, of course, being an exception to this rule. )

Eighth:  I am wary of men who are just coming out of a long-term marriage.  Let’s just say that they haven’t been outside of their little box, so to speak.   Men who have been single for a while have learned from different partners that women are all unique.

I have been single for ten years, and I have learned to depend more and more on my instincts.  Dating after 50 has been an education.  I’ve become more confident and I have learned to focus more on what I need to be happy.  When I married in my 20s I was very good at making everyone else happy, but I didn’t really know what I needed to sustain myself in a relationship.  I know now what I need to make a relationship work for me, and I think I actually might have found that man.  I still love giving to someone else, but now my own satisfaction is equally as important.