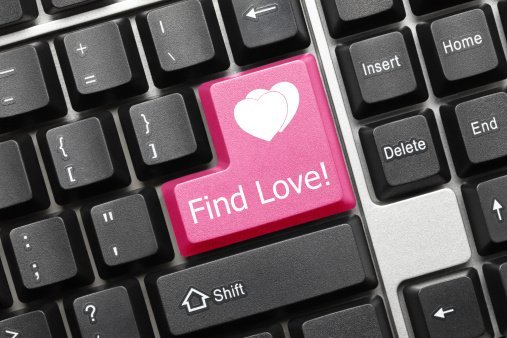 DATING AFTER 50: ARE YOU MAKING ANY OF THESE 14 ONLINE DATING MISTAKES?

And pull on your rhino suit because internet dating is not for the thin of skin.

If you haven’t dated in twenty years, it’s good to know this. Don’t let it stop you.

How is it tough? Anonymity often leads to bad behavior. I’d say that rudeness sometimes rules, but it isn’t that simple. I’ll give you an example.

I went on a first meet with a guy, and although I had a nice enough time, and thanked him for the glass of wine (of course), there was no connection. Therefore, no point in emailing him. Is this rude? I don’t think so. Apparently he felt the same way, because I didn’t hear from him either.

Online dating has its own rules and some readers may disagree. In that case, feel free to announce you’re not a match in an email. Don’t forget to wish him well in his search; it’s the standard rejection form.

Other examples of bad behavior include ghosting, for example (disappearing after emailing for a few weeks, or even a few dates), back burnering (ignoring while pretending there is interest), and lying about height, weight, and age in the dating profile. There’s more but you get the idea.

A note to Middleageish daters: rejection is a normal part of dating, especially online. The person rejecting you doesn’t know you. Don’t take it personally.

Instead, consider rejection a way to clear the path for the special guy who sees your magic as a male friend of mine puts it.

Online dating is not like trying on a new dress or buying a car, even though you’re allowed returns. It takes time.

But you’ve got your good friends to hang with, and meeting new people (men) is a chore. Let’s face it, finding someone you’re compatible with is not easy.

“Dating is a numbers game,” I told a friend who’s seventy-three, and dating for the first time in twenty years. She listened and didn’t give up at number six. He was number seven.

I have a dating coach friend who says we should be prepared to sift through eighty (yes, 80) men before we come upon the one who clicks. Which brings me to the last basic point.

4. You Have no Idea What You Really Want

You’re on the phone and the conversation is going well. He’s keeping it light, and you’ve found plenty to talk about. There’s a pause.

“Would you like to meet?” he asks and that’s when you realize you don’t know what you want. Do I really want to meet this man? I don’t even know him. What am I getting into?

Work out your fears ahead of time. Research, talk to friends, especially a few male friends who might be able to assure you that meeting in public and going slowly are the best ways to head off the doubts.

5. Your Profile Is Boring

Boring profiles are like microwaved spinach: they have no flavor. Add some oil and garlic and a pinch of salt and you’ve got an interesting dish. Be that dish. How?

Make sure you have a snappy headline and the first one or two sentences show you’re a positive person. Avoid anything that reeks of negative because, well, it’s the wrong flavor for your profile. Mention your politics if you must, but go gently. One clove of garlic goes a long way here, and your readers will grasp your preferences easily.

Tell an anecdote, even if it’s two sentences long. How far you had to drive for really good rye bread because you had a craving for corned beef on rye. Or the great Cuban guitarist you caught a few nights ago. You can even put a link to his music. These little tidbits make it a little bit easier for whoever’s reading your profile to respond and ask a question. If your sense of humor comes out, all the better.

Consider your profile a work in progress. Add to it from time to time. Change the headline, the photos.

6.  Your Profile Photos Are Meh

Another reasons online dating, especially after fifty, is rough?  There’s a lot of competition for the worthwhile men out there. So you want those photos to be working for you.

Be sure to post at least three excellent photos. Choose a head shot, a full body shot, and a photo of you doing something you love, even if it’s whipping up a pan of brownies. You’re fun to be with and you want to showcase that part of you.

Get a friend, in particular someone you’re relaxed around, to take a more shots than you’ll need. Go through them, eliminating the poor ones. You’ll get a few laughs over that project, and someone else’s opinion is always helpful.

Hi, liked your profile. I think we have a lot in common. Check mine out and let me know what you think.

You won’t make the same mistake if you grab a detail from his profile information and comment on it. Ask him a question. I checked one of the popular dating sites and found this in a profile as one example:

“I love straying off the path with my pup and discovering hidden nooks and crannies.”

OK, so it’s not much, and the profile is thin, only three sentences long. But he’s got his pup in the photo, so that’s a jumping off point for a comment if you’re a dog lover. You could also ask what he means by those nooks and crannies.

Taking the time to write a couple of thoughts geared to a specific individual shows you are interested.

8. You Don’t Contact Enough Men And You Don’t Email Consistently.

Don’t play the passive game, waiting in your pjs for men to do all the searching and contacting. Make the time to check out at least two or three profiles several times a week. Sound like a job? That’s why you need to have a life apart from your little part-time-but-important pursuit of a man to have a blast with.

9. You Get Stuck in Email Land Or Text Land, Or Both.

We get it. You’re the mistress of email and you email often, but you’re a slow starter when it comes to setting up that important first meet. Emailing is safe and you can do it in your home clothes and slippers.

Remember, your goal is to connect with someone, enjoy a cup of tea or coffee, or a glass of wine, but you can’t do it in email. Well, you can connect, but it’s not the same.

Ask to meet sooner. Talk on the phone first, always a smart idea. Think of the meet as f-u-n. You’re both adults and you’ll find something, maybe many things, to talk about. Nothing counts until you meet.

Emailing is not dating. Neither is texting.

10. You Pay Too Much Attention To Your Inner Critic

This is the critic up inside your head concerned with details, like his hair quality, his clothes, or his height. Or maybe all three.

This one is for you to decide. Consider the baldish guy who’s sense of humor melds seamlessly with yours, and knows a great Italian restaurant he’d like to introduce you to on the way to getting to know you.

The core value stuff? Important and it applies regardless of how little or how much hair he has. I suggest letting your inner critic pay attention to that.

If you’re setting up a first meet and it’s difficult to pin him down, consider what he’ll be like when you get to know him better.

A friend of mine emailed a guy a few times and they agreed to meet. They set a date, but he cancelled the day before. They rescheduled, and on the day of the meet, he called to change the venue because he had plans with his daughter afterword, and needed to be close to home. This meant an hour’s drive for my friend.

She chose not to get together with him. “He didn’t want to go out of his way at all for me. Imagine what he’d be like in a relationship.”

A person’s character is in the details.

12. You Get Discouraged By Mediocre Dates

Mediocre dates are part of the process and they serve a purpose. They’re mediocre, not because you’ve met someone who isn’t special, but because there’s no special between the two of you. And because you’ll never know if you have chemistry with a man before you meet, you’ll likely have to go on a lot of mediocre dates.

Remember, one person’s mediocre date is someone else’s special.

13. You Try To Rush The Process

You’re trying to skip the getting-to-know-him part and get on to the couples portion of the program. Or he’s speed dating you, but you’re happily along for the ride.

You know there’s no such thing as an instant relationship. It’s a process for a reason. Going out seven nights in a row doesn’t give you much breathing time.

Leave some time to think in between dates, savor the experience. Going slowly is never wrong.

Over-50 daters who haven’t dated in many years can get overwhelmed by the newness of it all. There’s also a learning curve. Should I have a glass of wine? Do I wear jeans or a dress? What if I have nothing to say?

The best way to deal with this? Go slowly. It’s like taking rumba lessons. Listen to the music.

If that metaphor doesn’t work for you, consider a first meet as a chance to make a new friend. Approach the experience with the idea that everyone has something to share.

How? Steal one of the thirty-six questions Northwestern University Psychology Professor Dan McAdams created for couples who want to get to know one another.

A first meet is a great time to ask, “What’s your idea of a perfect day?” And share yours.

Please let us know how the conversation goes.

Shirley Goldberg is a novelist, blogger and dating expert for the over-50 woman. Her website midagedating.com offers a humorous look at clicking. Or not. Shirley’s novel, Middleageish, is coming out this spring, and her friends like to guess which dates in the novel are true stories. Connect with her on Middleageish, her Facebook page.

DATING AFTER 50: ARE YOU MAKING ANY OF THESE 14 ONLINE DATING MISTAKES? was last modified: March 31st, 2019 by Shirley Goldberg