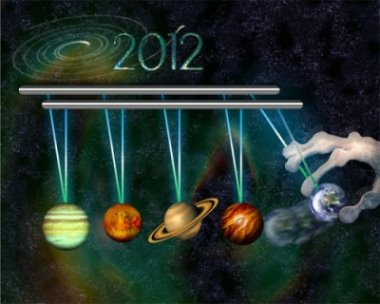 Countdown to the End of the World

For the community of Newtown, Connecticut, the world as they knew it ended on 12/14/12.  I write this column with a great sadness in my heart for the families of the small children and others who lost loved ones that day, and to the entire community of Newtown.   So many of us are heartbroken by this insanity.   I write this in the hope that in the face of this tragedy, we can still offer hope for a future with a bit of a smile, even if we have to force it for awhile.

I know I am blessed, because I have never counted the minutes until the doctor came and gave me bad news.   I have never counted the minutes after an accident waiting for the ambulance, and I certainly never waited outside a school to find out whether or not my kindergartener had been gunned down by a crazy person.  Honestly, the last time I counted down, it was the seconds on the microwave as I waited expectantly for the Brigham’s hot fudge sauce to heat up.  At the time, it seemed like the longest minute in the world.  Now, I just feel sick imagining the hurt of the parents, grandparents, uncles and aunts and friends of those killed in Newtown.   While some of us are still counting down to the end of the world on 12/21/12, we know we are the lucky ones.

I am a lucky one.  My son introduced our family to the  “End of the World as We Know It” concept upon his return from college about two years ago, sitting us all down on our old leather couch, making us watch a “documentary” on the “History” Channel (really, History Channel?)  I fell asleep halfway through, as I often do watching TV (yes, even during Homeland.)  I guess I can simply relax when I know I am watching fiction.  I never once fell asleep during the news coverage of Newtown.

Despite the skepticism from the “real” adults in the family, after watching the End of the World documentary, we made a family pact.  It was just the kind of pact I love (second only to “winner gets laid” bets with my husband).  We decided that no matter what, the family would all be together for “The End.”  We promised:  Wherever we were, whatever we were doing, whatever our plans, on 12/21/12 we would be together in a place that meant something to all of us.  And no friends invited.

But that was years ago.

“I’ve got an exam on the 22nd” my youngest, a sophomore in college, informed me a couple of weeks ago.

“Don’t lie to your mother. I know you just want to stay in New York.” I know this kid, even if she doesn’t think I do.

This week, she informed me that she would, in fact, be with us for the 21st , but because she had work until late on the 20th  she might not arrive until later in the day.  She works part time as an organic vegetable juicer-and no, she could not change her shift because these were the  “black out” days before Christmas (I think the irony was lost on her.)  She reminded me that she never promised to be with us at a particular time.

I went back to my son for a fuller explanation on the timing.

“What time on the 21st is the world supposed to end?” I asked him.

No one’s been talking about the time.  I thought you should know.

I don’t actually believe any of these End of the World predictions, but  I am grateful for them.  My family will be together on that day and for the next few days after that- all five of us- no distractions, making good on a promise from years ago, even if one child will be on the late side.  I can and will hug each of those adult children really tightly every single day we are together, because the Newtown tragedy has reminded us that we live in a world where nothing is predictable.

Countdown to the End of the World was last modified: December 18th, 2012 by Ronna Benjamin