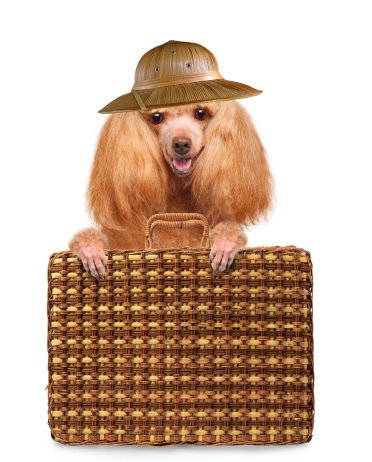 Entertaining Myself On My Husband’s Business Trip

When our kids were young, my husband and I talked about someday when our two would be away at college, and I could travel with him on business trips.

During my years on mom duty—time filled with carpool, sports practices, music lessons, homework, and school volunteering—someday felt as far away as the Star Wars galaxy.

Then last September, we became empty nesters and my husband mentioned an upcoming business trip to Chicago. “You should come,” he said.

“I should.” It was an absent-minded answer; I was only half-listening.

“Think about it,” he said. “The kids are at school. I’ll have some free time, so we can see some things together. You’ve always wanted to visit Chicago.”

He mentioned all the frequent flyer miles we could use for my flight. He’s a stellar salesperson, and he sold me.

I imagined a banner unfurling in my kitchen: Welcome to Someday.

I knew we would have some sight-seeing time together, but I would also have one full day on my own. Before marriage and kids, I’d traveled solo to big cities with no problems, or hesitation.

Now decades later, though I hated to admit it, sightseeing for one fell outside my comfort zone. However, when I’d turned fifty, I’d blogged about not letting fear stop me from anything. It was time to walk the talk.

Planning helps me find my comfort zone, so in the weeks before the trip, I got busy cobbling together an itinerary.

The Internet turned up countless Chicago sights and attractions and I wanted to do it all.

I fine-tuned my search to two elements—city sights and food. This foodie knew Chicago’s culinary reputation was outstanding.

A few tabs later, I landed on pure gold; Bobby’s Bike Hike [http://www.bobbysbikehike.com/] offered a four-hour culinary bike tour through several Chicago neighborhoods. The tour included stops to taste many of Chicago’s iconic dishes. I love cycling. And I love food. It took me a nanosecond to reserve a spot.

I also needed some writing time and wanted to park my laptop somewhere new—a Starbucks or Panera just wouldn’t do. There was a branch of the Chicago Public Library not far from our hotel. Its ninth-floor winter garden sounded like the perfect spot for a few hours of writing.

That left dinner as the empty slot in my itinerary.

I could have gotten take-out and eaten in my hotel room, but this was My Day. Internet searches led me to Honey’s—a new restaurant with a tempting menu. I made a reservation and my itinerary was set.

My husband and I arrived in Chicago on an unheard of seventy-degree day in October and one day before the Chicago Cubs were to play in game seven of the World Series in Cleveland.

A euphoric time to visit the Windy City.

However, on the morning of My Day, the temperature had dipped into the fifties and it was raining. The first item on my itinerary was the bike tour. I considered canceling, because the previous week I’d come down with a cold.

Did I really want to pedal through Chicago in bad weather with drippy sinuses?

It would have been easy to crawl back into my comfort zone and stay at the hotel.

But I wanted to see Chicago. I told my inner-doubter to shut it and said to my husband, “If I get rained on, so what? I’m not the Wicked Witch of the East and I won’t melt.”

He smiled and went to his first conference meeting.

Thanks to all my planning, my suitcase included rainy-day cycling gear. There were four of us on the tour, and it drizzled and rained for at least two of the four hours. Our guide, Mike, was friendly, informative, and upbeat.

The tour exceeded my every expectation.

Although Mother Nature didn’t smile on me, the Baseball Gods did. We arrived at Wrigley Field a few hours before the Cubs would win the World Series. For days, fans had been writing well-wishes and tributes on the ballpark’s brick walls. As I walked around the chalk-covered stadium, the emotion was palpable, and the moment was unforgettable.

Post-tour, heavy rain moved in, but I kept to my itinerary and went to the library.

As I wrote into the early evening, a chorus of cheers erupted at one end of the floor. The Cubs had scored their first run in the top of the first inning.

Later, I took an Uber to Honey’s, where I ate, sipped wine, read a book, and enjoyed game updates from my amiable waiter.

Back at the hotel, I joined my husband and his colleagues to watch the Cubs win the World Series for the first time in 108 years.

Chicago rejoiced and I did, too. I celebrated their win and mine.

I’d broken free of my comfort zone, conquered sightseeing for one in a new city, and landed happily in a place called Someday.

Entertaining Myself On My Husband’s Business Trip was last modified: April 24th, 2017 by Sharon Kurtzman