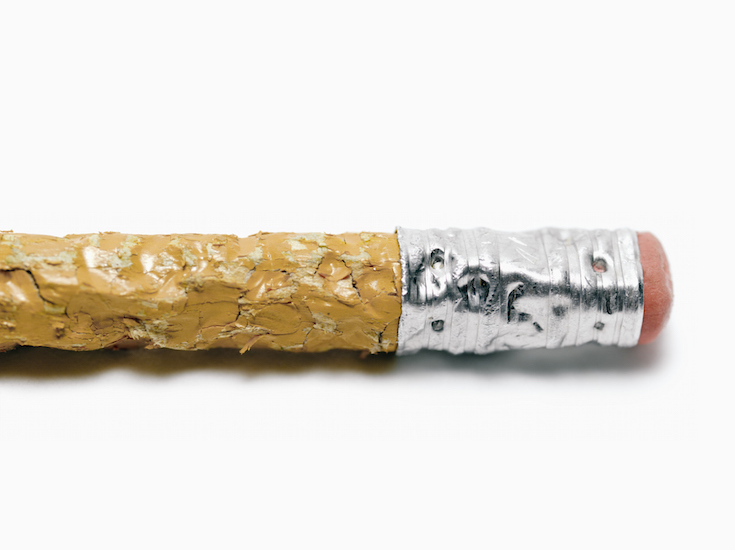 If You Are A Worrier You’ll Want To Read This

“Let’s face it, we live in the age of anxiety. Just turn on the 24-hour news and you hear about terrorist attacks and the bad economy. Either of those things can floor you. If we took any case scenario to an extreme, none of us would ever go outside.”

I was one of those people who turned worrying into an art form. I’m talking about epic worrying. Olympics-worthy worrying. Stomach-churning, heart-palpitating, keep-you-up-in-the-middle-of-the-night worrying.

I worried about things that would never happen — like my son flunking out of pre-K. (really, who flunks pre-K?) I worried about things that might happen but never did — like missing a deadline. I’d even fret about stuff that was just plain silly — that there wouldn’t be a bathroom at an outdoor concert venue (P.S. there’s always a bathroom!) I worried that worrying would make me sick.

My husband, on the other hand, can sleep like a milk-drunk baby, even though he has the kind of job that would make a lot of people anxious. Peter’s a New York City firefighter. For him, a good day at the office is a bad day for you and me — car wrecks, house fires, a homeless person with chest pains. Not that firefighters are sadistic, but they’d rather do just about anything than sit at the firehouse.

With a high-tension job like that, you’d think Peter would be paralyzed with fear, but he isn’t. “Will worrying about something that might never happen help you if it does?” Peter likes to ask. Of course, my answer is no. “Will worrying achieve anything?” he pushes. Still no. Then why worry, he reasons?

Oddly enough, I don’t worry about my husband at work. Many years ago, when Peter and I first began dating, I was a nervous wreck whenever he did a firehouse shift. I would feverishly watch the news and hold my breath when they reported that a firefighter was hurt, only exhaling after I heard the name that wasn’t his. Even if the report was fire-free, I was a bundle of nerves until I heard from Peter after his tour.

But then an old-timer told me something that changed my attitude. “Worrying isn’t going to help him in a fire,” Doc said. “He’s good at what he does. You just have to trust him.”

When I countered that bad stuff happened to good firefighters all the time, Doc added, “There will always be things beyond our control. And if something does happen to him in a fire, he’ll need you to be strong.”

I looked to examples of fortitude, like Captain John Drennan’s wife Vina, who was the picture of strength when her husband endured 40 days of excruciating burns over 65% of his body. Captain Drennan survived a 1994 blaze which killed two of his men. The media chronicled his struggle daily and Vina was always as solid as a marble column; full of faith and grace. When Captain Drennan finally succumbed to his injuries, she never cried publicly, even at his funeral, yet her love for him and her heartbreak was palatable.

I prayed that if anything terrible ever happened I could be half as strong as Vina Drennan.

But that was before 9/11. All bets were off after 9/11. In a twisted way, it proved to me that worry was fruitless. No one ever saw the terrorist attacks coming.

I was one of the lucky firewives — my husband came home that night, broken of spirit but whole. The recovery period was like a nightmare. I don’t remember a lot of it — how we endured, how we healed, how we got by, but somehow we did. And do you know what? Worry didn’t come into play at all. We were too devastated, too shell-shocked to worry. It took all of our energy just kept on keeping on.

Where others were too afraid to travel post-9/11, the Browns flew less than a month after the attacks. “I’ll be damned if I’ll let the terrorists keep me away from visiting my family,” Peter said. “If we let them do that, they’ve already won.”

Once again, Peter was right. At some point, you’ve got to stop worrying. When living takes a backseat to worrying, what’s the point?

Like the Trade Center attacks, we’re often blindsided by things we don’t expect. Case in point, my breast cancer diagnosis in 2013. Sure, it was in the back of my mind as it is with most women — which is why we religiously go for mammograms. But cancer is something that happens to other people, right? Never to you. Until it does.

And guess what? Worry didn’t help me at all. Being positive helped me weather the storm, not anxiety.

Being such an epic worrier, I wondered what a pro’s take was. “Worry brings about 95% of my patients to my door,” says Dr. Jackie A. Castro, a Los Angeles-based marriage family therapist. “Let’s face it, we live in the age of anxiety. Just turn on the 24-hour news and you hear about terrorist attacks and the bad economy. Either of those things can floor you. If we took any case scenario to an extreme, none of us would ever go outside.”

What’s the answer, then? Dr. Jackie offers, “I teach my clients that there’s a difference between idle worry and proactive worry. Idle worry is like daydreaming — we imagine case scenarios that may or may not come true. At the end of the day, we have no control over outcomes. Proactive worry is synonymous with constructive problem-solving —  taking a situation, seeing what’s in your control, then doing something about it.”

Dr. J says, if you live in LA, it makes sense to be concerned about earthquakes but not worry yourself into a panic attack. A good defense is to prepare an earthquake kit. Make sure you have a communication plan in place, stock your cabinets with food and water, and have a first aid kit on hand.

In the wake of my love affair with worry, I can’t say that I don’t worry anymore but I do worry less. I worry differently. And that’s the first step.

If You Are A Worrier You’ll Want To Read This was last modified: May 16th, 2016 by Catherine Gigante-Brown