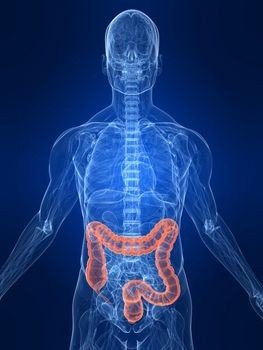 Colonoscopy Without the Prep? (Part 2)

I’m the woman who delayed having a colonoscopy because I couldn’t do the prep (read Part 1 here: Colonoscopy Without the Prep).  I ‘m now the woman who HAD a colonoscopy (or to be more accurate, a colonography) without doing the usual prep.    The virtual colonoscopy is not the future; it is now.   Here is how it worked:

Pre-Prep:  About a week and a half before the procedure, the contrast dye arrived in the mail from the doctor’s office with instructions.   I went shopping for what I was going to need – an odd collection of foods, none of which seemed particularly appealing to me, but none particularly appalling either- other than the Boost shakes (remember, I AM the pickiest eater on the planet.)  Being my usual relentless self, I quickly put a call into the doctor’s office in an attempt to get out of drinking the Boost shakes.  “You don’t have to drink them, but you’re going to be hungry,” the assistant warned me.  But I know myself;  hunger I can deal with, Boost shakes, I cannot.    First problem solved.

Prep day 1:  I dissolved my first dose of contrast dye into a small, glass of cranberry juice (approved beverage), downed it and kept it down, taking this as a sign that everything was going to be ok.   Drinking the dye with every meal was tedious, but not a problem.  I dealt easily with the low residue diet, though I missed my bagel.

Prep day 2:  No coffee (oh how I treasure that cup of morning coffee) and no dairy were hard for me, but how dare I complain?  After all, I was thrilled that I was not gagging in an attempt to drink gallons of prep drink, and there were options for the normal eater which I did not care for- Soy Vanilla Yogurt and Mocha Chip Balance Bars among them.  I subsisted on plain rice cakes and contrast dye with cranberry juice, and day dreamt of my first post procedure meal.   I did not spend the night on the toilet.

Morning of:  My nerves under control, I drank the last of the contrast die with a big glass of cranberry juice (it may be a long time before I have a Cosmo again.)   I made sure that I filled a thermos full of iced coffee with half and half and drove myself to the test.

The test:  The wonderful technician gave me the low down, literally blow by blow.  In order to get a good scan they needed to open the colon, which they do by inserting a tube and pumping it full of air.  This caused cramping and a bloated feeling.  The technician described it as being on an airplane and really, really having to use the bathroom, but the seat belt sign is on and you don’t land for another ten minutes.  That was quite accurate.  The good news is that once you are prepped, it really is over in less than ten minutes:  a few scans on the front side, a turn over and a few scans on the back.   The procedure was slightly more painful that she described, but very manageable.   Halfway through, the technician said the scans were coming out perfectly and that I did a good job with the low-residue diet and the contrast dye.  Rice cakes work!

Post test:  When the procedure was done, the technician escorted me to the bathroom.   I was told I could take as much time as I needed, as 80% of the air pumped in came out in that first bathroom visit.  The rest, I was assured, would be expelled shortly thereafter, but I was informed that lunch with the Queen was probably not a good idea.    No lunch with the queen for me, but since the procedure required no sedation, I wasn’t drowsy and I didn’t need an escort home.  I headed straight to Costco for some errands and then met my daughter for a delicious lobster Cobb Salad and an iced coffee.  Perfect!

The results:  The next day, in the late afternoon, I received an email from my doctor that let me know I was polyp free.   What a relief!  I’m done for five years.

I feel incredibly lucky to have found this non-invasive procedure, and to live in a time and place where people are working on cutting edge medicine.   I have been relieved of a tremendous burden- I’ve been worried about not having had a scan for almost eight years (and I can now face my internist with a clear conscience.)  If you have been putting off a colonoscopy because of the prep or the sedation, get a colonography.  Believe me, if I can do it, anyone can.