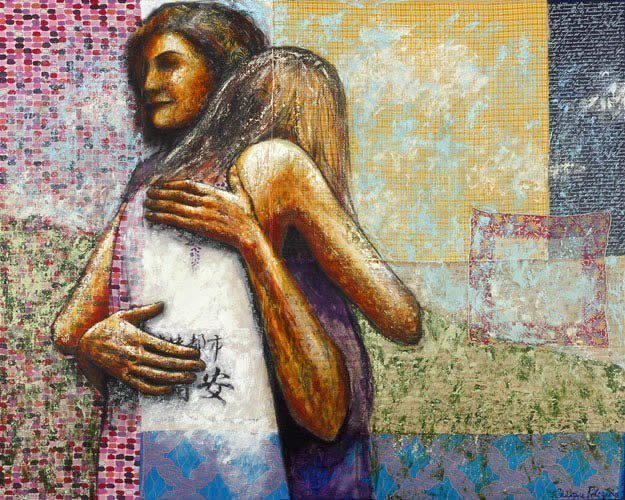 The issue of parents has been on my mind lately…especially difficult relationships with elderly parents. It’s a subject that has come up a lot recently when talking to friends, especially with Mother’s and Father’s Day in our rearview mirror. Which led me to Dr. Margie Solovay, a clinical psychologist in private practice with offices in Manhattan and Forest Hills, NY.

Felice: So, many of us have parents who are approaching that late in life age. Some of us still feel angry and unhappy with these relationships but want to reach some closure before it’s too late. What do you advise?

Dr. Solovay: Many people feel disappointed with their parents and wonder if their lives would have been better in some way if they had had the ideal parents. Others feel even more strongly and can’t get over the anger towards their parents for their various deficiencies.  I think it’s important to forgive one’s parents for their inadequacies or even their abusiveness, if that were the case.

I realize this sounds very difficult …  particularly because people mistake forgiveness for condoning the other person’s behavior. If you forgive, you think it’s saying the other person’s behavior was ok. But that’s not the point of forgiveness. The point of forgiveness is letting go of the anger inside of you. It does not mean approving what was done in the past. Forgiveness is about oneself and not about the other person. You don’t even have to have a relationship to forgive someone. Just let go of the anger towards them because anger is detrimental to your own health and well-being.

Felice: It seems so easy when you put it that way, so why don’t people just forgive all the time?

Dr. Solovay: There are many reasons for that.  One is that most people really want the other person to admit their bad behavior and/or transgressions, and want the record to be set straight. They need the acknowledgement that they were mistreated and might hope for an apology as well. Others take it further and desire retribution or spite.

Felice: Many people fear that if they don’t “make peace” with their parents before they die that they will carry this regret with them. Can you expand on that?

Dr Solovay: It is often easier to resolve the anger towards parents while they are still alive because you can actively work on changing your attitude and behavior towards them, and often see a positive response back from your parents. This can be very encouraging and help you keep the more positive interaction going with them.

It’s important to remember that you can forgive parents (or anyone for that matter) after they have passed away. You might not get the added reinforcement of a more gratifying relationship, but you will enjoy more serenity within yourself.

Felice: Ok, so can you give us some specific tools to move us forward on the road of forgiving?

Dr. Solovay: First, keep in mind, you can only control your own behavior. You have to realize you can’t bank on your parents changing. It could happen but you have no control over that and definitely should not expect that.

It helps to start with compassion and empathy. Take a step backward and look at your parents with some distance. Try to understand where your parents are coming from – ask them about their lives – what made them the way they are – perhaps you already know this. It helps to understand we are all fallible beings.    Try to deal with the situation as if you are trying to step into your parents’ shoes and see things from their perspective. It may not be perfect but remember this line: perfect is the enemy of good. And with time running out with an elderly parent, now’s the time.

There’s a great quote from Mahatma Ghandi which should help anyone trying to forgive a parent or anyone else who has hurt you. He was asked why he is not angry with the people who unfairly imprisoned him and wasted those years of his life. He responded, “I won’t let those people walk through my mind with their dirty feet”. Ghandi understood that by remaining angry with others only served to give them power to continue to hurt him.

Can You Forgive? was last modified: October 1st, 2012 by Felice Shapiro