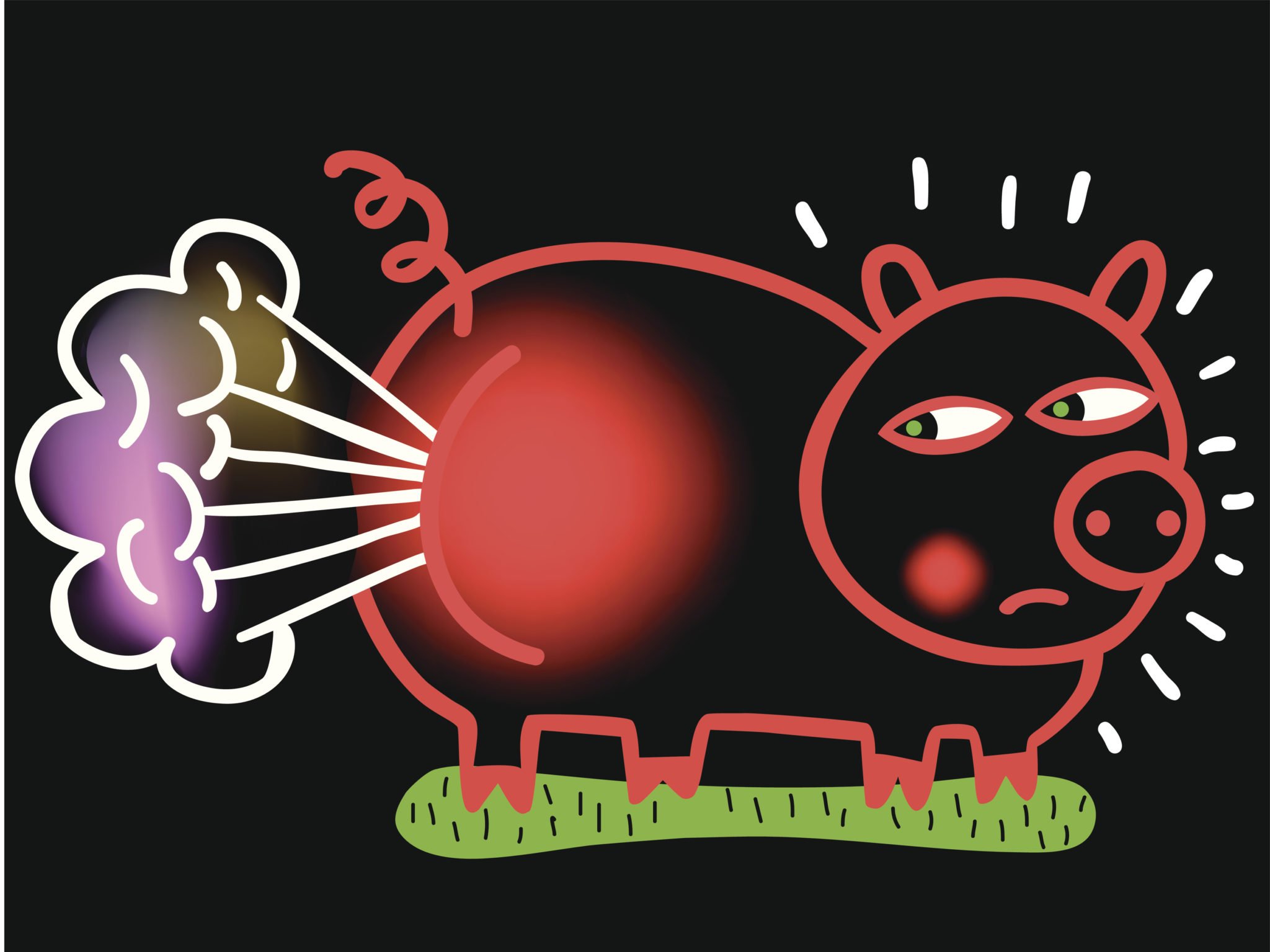 Can You Fart In Front Of Your Spouse?

I’ve been married for a little over six months now, and as comfortable as I am around my husband Robby, I still can’t bring myself to burp or fart in front of him.

Since we’re both in our 50s, you’d think I’d be past this already, but no. Midlife has its privileges, but not when it comes to gas. The fact is, I will do anything to avoid anything intestinal in my husband’s presence. This includes holding it in, sucking it up, breathing through it, and running away to blow it out. Am I old-fashioned, or just too much of a lady to let it rip? Aren’t some things better kept a mystery like bodily functions and flatulence? Or once you’re married, are all bets off?

Sorry, but I’m mortified at the thought of any gas passing through my cheeks — both sets. (Early in our courtship, Robby and I were watching “Behind The Candelabra,” and I laughed so hard at Michael Douglas doing Liberace that I accidentally tooted. I was so embarrassed I could have died.)

My husband, on the other hand, is a guy, and guys LOVE gas, as I’m finding out. They burp and fart with abandon, and think it’s hysterical. When Robby has something to share, he bombs away with a gust of air and a blast of laughter. New marriage be damned!

Much to my surprise, every one of my married girlfriends tells the same story about their spouse’s penchant for tooting. Most go like this: “Phil is just a fart looking for a place to happen. After he cuts one, he’ll say: “Thank you I made it myself, aren’t you proud?”

HA HA. You guys are SO funny! Groan.

I try not to encourage Robby, but the truth is, flatulence IS funny and even I can’t help cracking up. (Besides, if I held it in, it would come out somewhere else and we can’t have that, can we?) With the right timing and tenor, belching and breaking wind can be comic gold. I personally can’t do it, but I appreciate the talent it takes to pull off. For this Robby, you’re a genius.

One night we were sitting around watching TV and I thought I heard Robby let one, so I called him on it.

Me: Did you just say something?

Me: I thought so. Please use your words next time.

Robby: You live in Beverly Hills, don’t you speak Fartsi?

Fartsi. See what I mean? The comedy comes out everywhere in our house.

It takes getting used to though. Between never living with a guy and never having brothers, I’m relatively new to this gas passing in front of the opposite sex.

And then there are those flatulating couples who’ve turned gas-passing into a competitive sport, trying to one-up each other with every expulsion. I have a girlfriend who’s so gleefully gassy, her husband proudly describes her as a Union Carbide plant. If he farts down a grocery store aisle, she lovingly calls him a “crop duster” and high-fives him for his efforts.

The question is: Do love and gas mix?

While researching the subject, I found an AskReddit message board offering the following answers:

“After many years together, we have seen (and smelled) each other at our worst, whether it was nursing each other through food poisoning, the flu, post-surgical recovery, or just the aftermath of a big chili dinner. The odd fart or belch has to be something spectacular to make it onto the marital radar, and then is more likely to be the source of amusement than disgust. Helps if you keep your inner 10-year-old alive.”

“This sort of situation is both appealing and disturbing. I want to be so comfortable with my husband SO that I can fart in front of him and he can still think I’m sexy, but I also fear that after a while, the stench I am capable of expelling from my anus would eventually kill our relationship.”

“I don’t get people who hold in their farts forever. I totally do for the first several months of a relationship. Then one squeaks out after tacos or whatever, and opens the door. I particularly can’t imagine voluntarily holding your farts in for YEARS of marriage. Talk about uptight.”

“My wife still holds it in most of the time, but sometimes she will let one out and i find it incredibly endearing when she lets me in behind the “no-fart” curtain. It’s an honor, and a privilege.”

“Trust me, farting in front of someone doesn’t kill the romance of a relationship, having a stick up your ass does though.”

Can You Fart In Front Of Your Spouse? was last modified: July 18th, 2016 by Treva Brandon