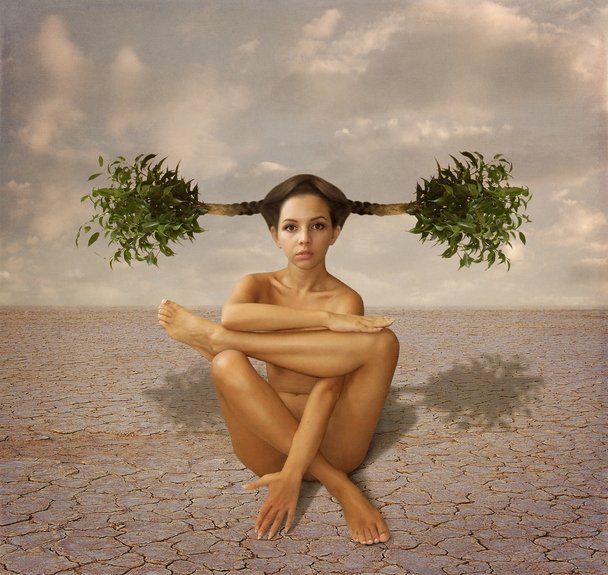 Can Yoga Save My Sanity?

I admit it. I’m a yoga backslider. My adventures in this ancient Indian pursuit of spiritual insight and tranquility began about forty-eight years ago. At the impressionable age of twelve, I borrowed a book from the library featuring a cover photograph of a dark-complexioned man, his limbs rubbery and coiled into a peculiar pose. 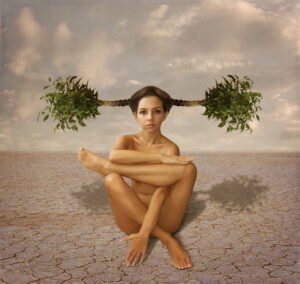 Making the leap from Nancy Drew’s The Secret in the Old Attic to Swami Vishnu Devananda’s The Complete Illustrated Book of Yoga might seem quantum, but I was ripe for conversion.

By then, I had graduated from the Monkees’ “I’m a Believer” to the Beatles’ “Sexy Sadie.” It was 1968 and the Fab Four had embraced the Zen master Maharishi Mahesh Yogi’s teachings, joining him in his ashram in the foothills of the Himalayas. If sitting cross-legged on the floor was cool enough for the Beatles, it was definitely cool enough for a churlish suburban Washington, DC, preteen.

But after a week or two of impersonating a pretzel behind my closed bedroom door, I realized that I was missing out on more enthralling forms of adolescent summer fun: hanging out at the neighborhood pool with my friends, eavesdropping as the older girls discussed – in encyclopedic detail – what they did with their boyfriends in the back seat of the Pontiac Firebirds and Ford Mustangs that parked in the darkness along neatly manicured streets.

My choices: Cobra pose, alone in my bedroom, or Terri Sue’s latest installment of Sex Ed 101 imparted on the dank benches of the ladies’ locker room at the swim club. No contest – The Complete Illustrated Book of Yoga was returned to its dusty shelf in a quiet corner of the library. My spiritual enlightenment would have to wait.

Over the next four decades, I embraced Dancersize, body sculpting classes, Jane Fonda videos (“Hot cross buns!” still echoing in my fitness flashbacks), step aerobics, running, tennis, weight training, power walking, and Nia movement classes on my perpetual path to holistic health. But by the time I was fifty, constant work deadlines, a divorce, tumultuous romances, geographic relocations, and the sudden death of my mother added up to a gargantuan wake-up call. I was stressed, exhausted, and no amount of pounding a tennis ball rejuvenated me.

In the spring of 2006 I was living on Martha’s Vineyard. Yoga was booming on the island, with devotees lining studio floors from wall to wall. In fact, yoga was booming everywhere, with an estimated sixteen million Americans practicing on a regular basis. Anusara, Bikram, Kripalu, Kundalini, Vinyasa, local studios offered a cornucopia of options with unpronounceable names.

I entered my first yoga class with trepidation. After all, it had been four decades since my last attempt at lotus position. But one look at the instructor convinced me I was in the right place. She was tall and lean, with long shapely legs, high firm breasts, a flat stomach, and regal posture. She moved – rather, glided – across the studio. Dedicated yoga practice had obviously transformed this woman into a willowy beauty. Where did I sign on?

“Does anyone have any physical issues I should be aware of?” she asked. Should I mention my meniscus surgery, chronic lower back pain, and torn rotator cuff? When none of the other eighteen participants spoke up, I decided that suffering in silence must be a key virtue of yogis and yoginis.

While my lower back, neck and wrists cried out in pain each day, I became addicted to the equanimity I achieved through my practice. I could navigate across Martha’s Vineyard at the height of August traffic without yearning to mow over oblivious cyclists, moped riders, and pedestrians, making do with an occasional, “Jackass!” or “Moron!” hollered out my window.

But my father’s failing health brought me back to Washington, DC, after twenty-five years of moving around the U.S. Dealing with his crises, my life-long fitness regimen disintegrated into an occasional walk or tennis game sandwiched between visits with doctors and tours of assisted living facilities.

Along the way, I acquired a new partner, Randy, a retired attorney-turned-abstract-painter who embodies the kind of natural quietude I can only dream of. As I made my way around the frenetic nation’s capital in my tank-like SUV, I reverted to shaking my fist and flashing the bird at fellow drivers while my Buddha-like boyfriend urged me to go to my “Zen place.”

“F­#&@% you, you idiot!” I screamed out my open window as a cocky twenty-something in a new Camaro tailgated me. “Stay in your own lane, loser!” I warned a woman whose cell phone texting rendered her unable to pilot her VW with any degree of accuracy.

“Go to your Zen place,” Randy choked out as he was hurled back in the passenger seat, the result of my foot stomping furiously on the accelerator.

Perhaps it was time to return to yoga. My waistline had thickened. My thighs were chafing. My mood was sour. My sleep fitful. I’d entered the phase doctors refer to as “perimenopause” (Latin for “the beginning of hell”), characterized by the ebbing of estrogen and its accompanying murderous rages. Could yoga serve as a substitute for Prozac, Xanax, couples counseling, and Hormone Replacement Therapy?

I found my way back to the yoga studio a couple of months ago. Call me an optimist, but after only a dozen classes into my new program, I’m more serene. And so far, my body is uncomplaining. While I did nearly come to fisticuffs with a very unreasonable woman in a parking lot recently, I managed to score a prized spot without police intervention. And although Randy did suggest, midway through the altercation, that I go to my Zen place, I feel like I’m nearly there.

Can Yoga Save My Sanity? was last modified: May 21st, 2018 by Karla Araujo