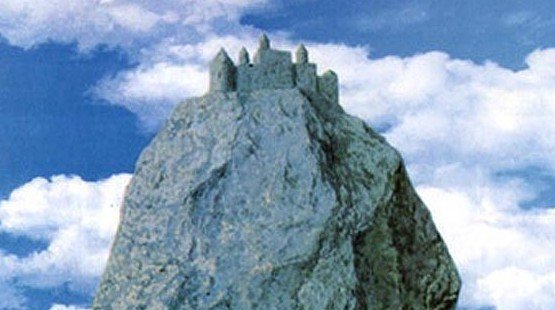 Don’t Ask Me Where I’ll Be Buried

We were dining with friends when a question took me totally by surprise. “Where are you going to be buried?” Our friends had just purchased a cluster of contiguous plots, offered as a group discount, a package deal. Buried? I am still trying to figure out what I want to be when I grow up. Are we really old enough to be thinking about where in the earth we want to be buried?

“We’re going to be on the side of a berm, facing the valley,” the friend said. As if the view mattered. Another couple described their plots with near adoration. “In our favorite park, near the stepping stones where we shared our first kiss.” My husband and I peered at each other. Our first kiss took place in the parking lot of a Denny’s. I certainly don’t want to be buried there.

As close friends of similar ages, we celebrated in stages: The hilarious indignities of pregnancies and the terror and joy of deliveries; the baby-naming brunches and elegant baptisms in somber churches, the bris ceremonies where the husbands sometimes passed out. We talked about life insurance and hourly rates for babysitters.

Next, we obsessed about school. Were the childrens’ backpacks too heavy? Should they take Algebra II? We shared the difficulties when children were sent home with notes hidden in envelopes about hitting, failing tests and worst of all, lice. We sat through plays and parades and a 4th grade talent show where our son played Led Zeppelin on his mini-guitar, followed by a boy who hummed along with a tape recorder and a girl who introduced all her Beanie Babies by name.

We embraced the stage of puberty with the sort of glee normally reserved for a case of conjunctivitis. One couple found marijuana in their son’s bassoon case, a discovery that inspired a strenuous debate on the right to privacy. Should we monitor our children’s computer usage as well? We bantered about the Bill of Rights until someone found disturbing video images on their son’s computer. “Sex with animals, sex in large groups, sex with appliances.” The culprit’s father described in detail the footage while the mother worked her jaw like a combine feed grinder. We all checked our computer histories that night.

At this writing, there are three wedding invitations on my desk. Our children are getting married! We are joyous and optimistic. “Where are they registered?” “How does it feel?” Questions sparkle like champagne bubbles in a flute. We know what comes next. Grandchildren! My mind hiccups: Wait. I’m not old enough to think about grandchildren.

I am getting ahead of myself. To the question posed at dinner, my response is simple. I refuse to ponder the matter of the burial plot with its views and locations and in-ground neighbors. I intend to drop dead before all my faculties degrade, living large (like Jack LaLanne, maybe, who died at 96) until I live no more. By then, I figure, I’ll be too old to care about the view.

Don’t Ask Me Where I’ll Be Buried was last modified: October 29th, 2012 by Lisa K. Friedman