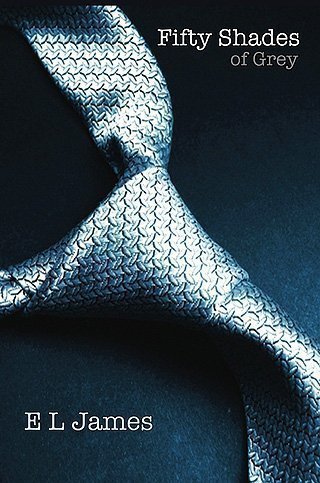 Bursts of Blue vs. Shades of Grey?

I had to read Shades of Grey after my girlfriend told me how much it ramped up her sex life. Apparently, she’s not the only fan out there. The book has sold over two million copies in just one month and it’s a non-stop topic at women’s book clubs. Mommy bloggers are raving about it. I have a friend whose teen-age daughter and her friends read it. Could this book really be the 21st century equivalent of a Jane Austen novel?

My husband downloaded the book and we settled into to read it together. Sounds racy and exciting, right? NOT!

In truth, the book annoys me. Nothing in the minimal plot has anything to do with my idea of foreplay. I don’t get the whole submissive/dominant thing. It sounds so claustrophobic. All the closed spaces, the restraints, someone telling me what to do – HELP!  Makes me want to RUN away as fast as possible. Set me free on a 50-mile bike ride with my man, a country inn as our landing pad — now that’s foreplay.

But what excites us, what turns any of us on? My guess is it’s a combination of our own chemistry mixed with our fantasies. How we were raised, the media, TV shows, movies and comic book heroes, first crushes, girlfriend talk and most importantly memories of our early years.  I decided to take a gander back in time to see why Shades of Grey made my skin crawl.

I am the third of four girls. I never dealt with boys until I was 18. I played in a neighborhood full of girls until age 12 and went to an all-girls summer camp. At 13, I went to an all-girls private school. My best friend, Joanne, also one of three girls and I spent almost every weekend at her house.

Boys were foreign objects, odd, leering, and curious. I avoided them as best I could. Any time I was around boys I developed serious sharp pains in my gut and my palms would get very sweaty.

That said, I have always been a total jock. My dad raised my three sisters and me as he would have raised sons. We spent our weekends on bikes, hiking in New Hampshire, body surfing, sailing, skiing in Maine, on the tennis courts and hanging upside down on monkey bars.

I never went through the traditional girl “training.” My mom loved to shop and I didn’t. Boxes of clothes from the Taylors (Ann and Lord &) frequently appeared on my bed. I usually rejected them preferring my peasant blouses and ripped jeans. Mom loved to cook, but I was never in the kitchen. Domestic chores were not on my radar.

I left home at 17 to go to college, my new world felt limitless. I learned about men that freshman year and what I learned was that hiking up through the mountains outside Boulder Colorado got my juices flowing. My perfect date: A day trip in the mountains. The crisp fall air that first freshman fall filled my lungs, my legs aching as we scaled the rocks around a waterfall and settled in trailside for an afternoon of ecstasy. Fresh air, earth, freedom and the endless sky – my version of E.L. James’ opus would be titled “bursts of blue” rather than “shades of grey.”

When I think about the appeal of Shades of Grey, I wonder if we’re raising our daughters to be heroines in a Jane Austen novel with marriage as the overall goal? It also pains me to think we haven’t moved beyond the shameless double standard portrayed in Jane Eyre or Tess of the D’urbervilles. Do women unwittingly perpetuate images of submissive, helpless women by going gaga over Shades of Grey?

Life is rarely black and white. The world can be grey. But does it have to be this shade?

Bursts of Blue vs. Shades of Grey? was last modified: October 1st, 2012 by Felice Shapiro