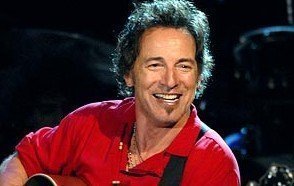 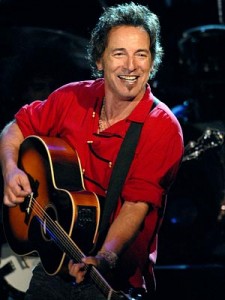 I love Bruce Springsteen’s music. He was recently in Boston starting off on his big three-month Wrecking Ball Tour and reading about his performance in the Boston Globe got me reminiscing. Listening to his music makes me want to dance, run faster, and pedal harder. His songs have the effect of a youth elixir coursing through my veins.  I love going to his concerts — watching him move on stage — so sexy in his jeans, boots, and his cool “T’s.” I also love that he is one of the people in the world defining Better After 50.

My Nana—who was the ultimate example of BA50–was totally hip. She loved “our music” so when I bought her Bruce’s album  “Greetings From Asbury Park” she was over the moon. Nana grew up in Asbury Park.  “Oh I just love that Bruce SPRINGSTEIN,” she told me then. (She had made him an honorary member of the Jewish elite – you know Leonard Bernstein and now it’s was Bruce  ______STEIN.  I didn’t bother to correct her).

My love affair with Bruce continued – and quite frankly might have been what attracted me to my first boyfriend, Billy. It was Fall of my freshman year and we would drive each weekend up the foothills of the Rockies from Boulder to Idaho Springs singing at the top of our lungs along with the 8-track:

Senorita come sit by my fire

I just want to be your love, ain’t no lie

Over thirty years later, April 20, 2006—I fantasized about going to the first rehearsal shows at Asbury Park Convention Hall for Bruce’s Pete Seeger Tour.  Magically, my dear friend Liz, who is from Asbury Park, called me that morning and said, “Bruce is playing at ‘home’:  You want to go? “YES!” I needed a road trip. It was my husband Alan’s birthday–the first birthday after his death. The only man I knew who wore his jeans and boots with Bruce’s same cool sexy style was Alan.

Thank you Liz, for knowing exactly what I needed.

At that concert we rocked out to “We Shall Overcome” and some great gospel mixed with Pete Seeger tunes. As we sat in that old rundown Convention Hall—a virtual fire trap —I focused on the ocean lapping outside, and allowed Bruce to transport me, sooth me and soften my pain.

So it felt comforting to read a recent headline in the Boston Globe that proclaimed:  “Springsteen Plays From the Heart – and a Teleprompter.”

I didn’t get to see Bruce in concert this time, but there’s no question I could use a teleprompter in my own life. In fact, I’ve been secretly wishing that some smart BA50 inventor would create a memory-jogging device that is both hip and fashionable, like a bejeweled nametag we can all wear around our necks so we can just move seamlessly from one riff to the next.

Hey Bruce: How about a song for that?