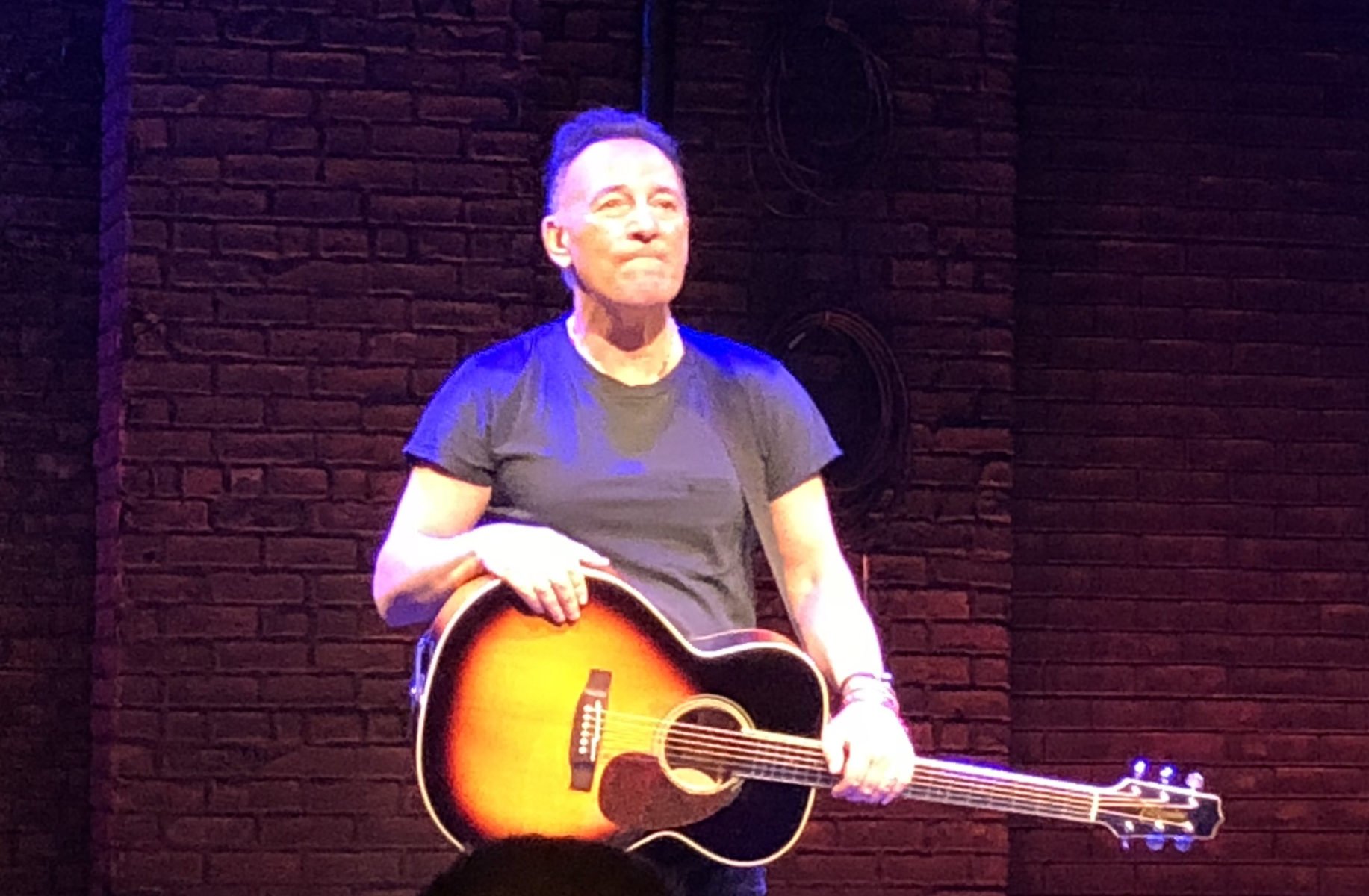 Bruce Springsteen On Broadway: The Best!

It seemed we would never get tickets to Bruce Springsteen on Broadway and that wasn’t okay. I’ve been a Bruce fan since 1974.

There was a lottery that I tried entering over and over again to get tickets, but as I never have luck with charity raffles – I wasn’t’ optimistic.

Stub Hub became my go to obsession and I started tracking pricing to see if there would be any affordable opportunities…prices kept climbing to over $1200.

How much was I willing to spend to see this performer who had taken this 17 year old wide eyed freshman up the winding roads from Boulder to Vail rocking out to Rosalita?  ALOT!  I don’t remember ever hearing a voice before that triggered me in the same way, switching up my hormones and setting my pulse ON FIRE. Bruce’s ballads had me  transported from the start and I remained hooked for life.

My first romantic escapades were serenaded by Spirits in the Night. Bruce moved me from low to high with The Rising and tucked me in with My Hometown.

So when the forecast in March called for violent winds and sideways rain squalls, my husband and I tracked Stub Hub ready to jump in when the price dropped. As trees fell in our back yard we realized we couldn’t risk it although there were 2 seats at $1,000 each — the lowest prices we’d seen in months. I settled on downloading Bruce’s Born to Run book on Audible, where he reads his story, but I still wasn’t done searching for tickets.

But then, a miracle happened and through a friend we were able to score tickets, and despite the price, we jumped on it.

Never one to be early, this time would be different. We got to the theatre 30 minutes before show time and it was already half full. People were milling around drinking wine from “Bruce” cups.

And then it happened – he happened for us — for the next 2 plus hours, I was mesmerized. Bruce walked on the simple stage which had a microphone and a piano and I don’t think much else and he literally filled the entire stage with his soft, slightly raspy and soulful voice.

Bruce said, “In art, one plus one equals three.” And that’s exactly what happened during his one-man intimate spoken word performance on Broadway. He spoke, he sang and that combination had a magical multiplier effect.

We were so close (3rd row… that’s how I got these pictures)…. the closest I’ve ever gotten at any concert.  I could see Bruce’s lined face, his loose jeans (no longer tight), his strong arms (no longer those of a 20-something) and he still looked great in his casual gray T-shirt.

On Broadway, Bruce wasn’t trying to be Bruce at 20, and his 69 wasn’t the new 49. Bruce has aged and he has aged well. As a wiser, humble, reflective older rock star, he shared his life’s journey from childhood, to emerging rock star to culture rock icon, joking that he had deceived us a bit by using poetic license to create his brand. And, we were thrilled right there and then to be in on his secret. Being raised as a Catholic, one could consider this to be his ultimate confession..

This was not a concert, it was a life performance and he had his fans once again fully entranced.

Bruce Springsteen riveted the entire audience with his intensity sharing stories from early boyhood until now and his observations about life, loss and aging and of course New Jersey were that of a man who has lived a full life.

Thank you Bruce for letting us into your soul, sharing your love for your wife Patti Scialfa on stage with a beautiful duet, your love for music and for your fans. Thank you for your honesty and being so relatable. 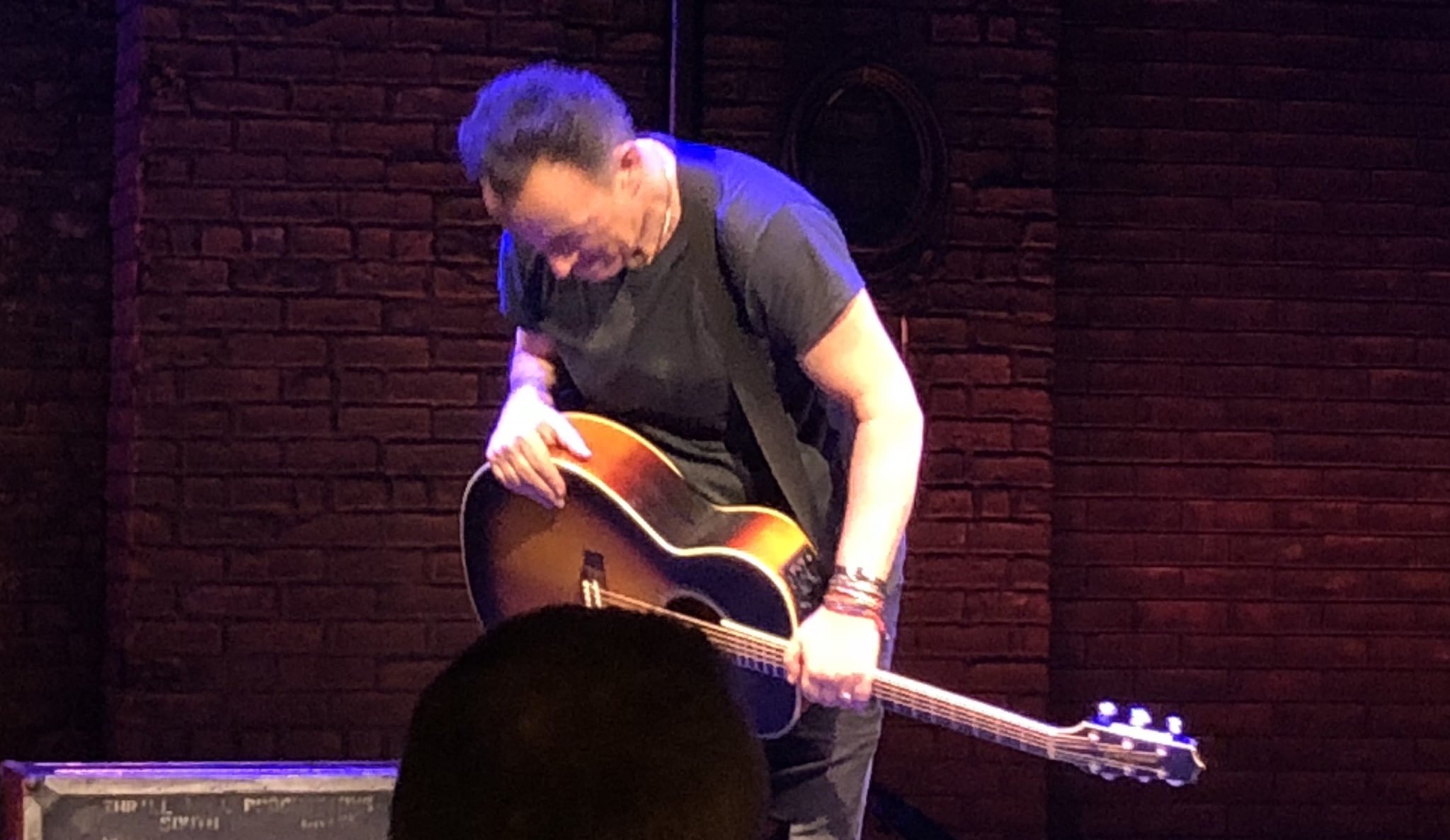 Bruce is the everyman despite being Bruce which makes it feel that he understands us and we him.

That honesty was not lost on any of us.

Bruce Springsteen On Broadway: The Best! was last modified: May 15th, 2018 by Felice Shapiro