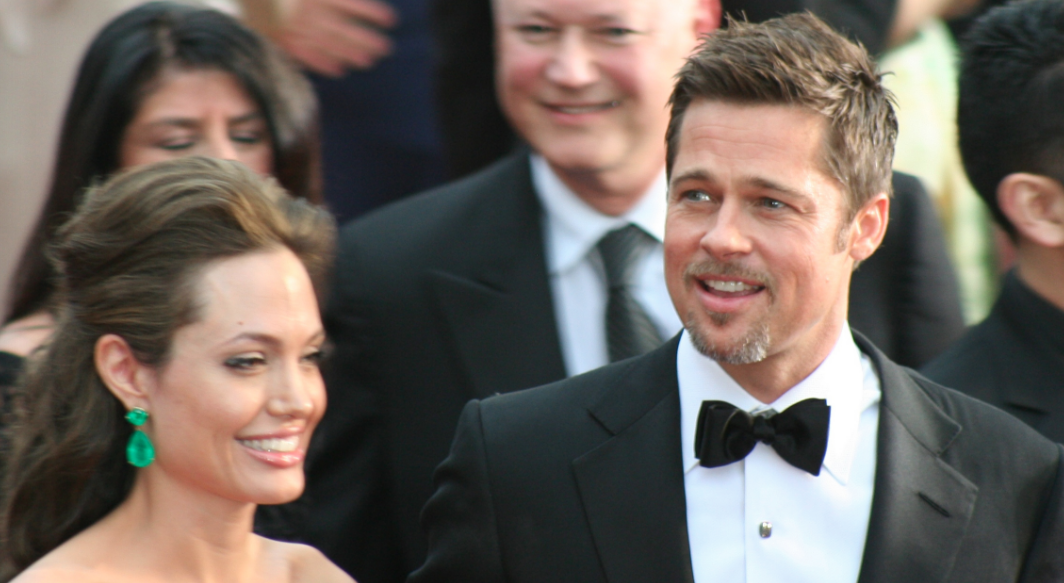 Brangelina: Teachable Moments For Our Kids

Let me start by saying, I’m mostly ignorant about the entertainment world. I confess I do not devour People Magazine at the supermarket check out. I have no idea who most of the front-page entertainment stars even are.

I leave most films waiting for the credits and challenging myself to remember what other film the actor was in. Thanks to my iPhone I can usually figure it out but moments later – void – blank – no recall!

Somehow, Brad and Angelina’s relationship has held my attention. I first became smitten with him in the 1992 film, A River Runs Through It and in 1994 he became my heartthrob in Legends of the Fall. That’s 24 years ago and he was just 29 years old.

Angelina didn’t grab my attention at all. She was just too flawless. The first time I saw her was in Girl Interrupted in 1999 but never really liked most of her films.

But Angelina stole Brad’s heart from Jen, and that got my attention. That was in 2005. I was curious about what kind of woman could be any better than Jennifer Aniston, a vulnerable, adorable, athletic, and relatable actress who I imagined I could be “friends” with too.

I watched Angelina and Brad evolve with curiosity. Angelina seemed plastic, almost porcelain, who didn’t appear to be much fun. I was certain Brad would tire of Angelina.

But then I started watching Angelina grow up and realized she wasn’t just a pretty face – she had a life off the red carpet. Angelina became a whole person and had a huge heart– and unlike my dismissive attitude of movie stars as vapid, she was not.

Angelina began to evolve and find her voice and grow up. Her status as a “star” meant the media tracked her every move and she used this world stage to teach us about humanitarian causes that we too could get involved in.

She gave money, time and a large part of her heart. She raised awareness about refugee issues and adopted three children from Cambodia, Vietnam and Ethiopia. She showed up at natural disaster sites to lend support. And, she never stopped looking like a movie star throughout this journey.

She wasn’t just a talker, she wasn’t just acting – she was real and making an impact on the world. When she had a preventive double mastectomy in 2013 and wrote about it in the Op-ed section of the New York Times, she was educating and modeling a courageous choice for so many women.

It seemed that Brad and she were in sync and they had way more in common than films – they were both committed to humanitarian causes and their children. At least that’s what I read in People magazine.

But – it turns out – that wasn’t enough. Even with all the causes and purpose in their shared lives – the marriage would not hold up.

So what went wrong? Is there some teachable moment as parents of adult children that we can glean from watching the Brangelina phenomenon dissolve? Is there something here we can learn about our own marriages? Or, are Hollywood actors doomed to divorce living amidst too much temptation and in the public eye and are therefore not relatable?

Could you have predicted that Brad and Angelina would break up? Did you even think about it?

As much as I enjoyed watching Brad and Angelina evolve onto the global stage, I was always surprised they were still together. I know it’s easy to say that now – but really they never seemed cozy together.

I was thinking about what I would want to share with my kids about what didn’t seem sustainable in Brangelina’s relationship – a talking point if you will about what is the “recipe” for marital sustainability.

Here are some of the points I would love to talk about with them:

I’m sure there are plenty of other great relationship questions around this topic we could use to open up conversations with our kids – or they could have with their own partners – so maybe this would be a fun idea to share this piece with them — what do you think?

Did, I forget anything?