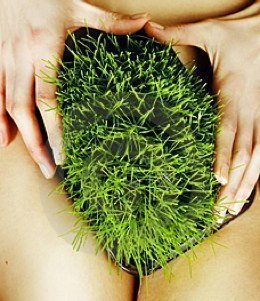 Modesty will never be my middle name.  No, in all frankness, I’d say it’s my first name.  This is why it surprises me that somewhere in my 50s, I decided to take that plunge and go for my first bikini wax.

I’m really not sure why I decided to do it… maybe it was curiosity about trying something different or maybe it was just a new way of looking at my body.  Whatever the reason, I knew who I wanted to book when I made that first appointment.

For years I’ve been going to Mailan, this tiny slip of a woman who waxes my eyebrows. When it comes to my salon visits, I’m faithful like clockwork.  Once a month, it’s a haircut and eyebrow wax.  Since English is not Mailan’s native language, our conversations are pretty much kept to a minimum, which is fine with me.  I’m not much of a talker when it comes to salon appointments, so you won’t hear me giving out my life story.  I’m here for a service and then I’m gone.

When it came time for that first bikini wax appointment, I was nervous.  My modesty issues were kicking in big time, but my desire to try out something new trumped my embarrassment.   With this first appointment, it took a little bit of mental adjustment on my part to prop my legs at odd angles and see someone bend over an area of my body that I didn’t want exposed.  So, I just closed my eyes and knew that I was in good hands.

The procedure went quickly, and I was pleased with the end result, so much so that I decided to add the bikini wax to the whole monthly ritual–haircut, eyebrows, and bikini.  As the months went along, I noticed that Mailan became more talkative during those waxing sessions.  As I laid there on the table exposed to the nth degree, Mailan would start chatting.  One day, it all focused on the travails of her eldest son.

“He’s not studying as hard as he should.  Maybe it’s because he’s moved in with his girlfriend,” she lamented.

We discussed this relationship issue at great length–all while she waxed and I kept my eyes tightly closed.

The next month, we both reminisced about the little Egyptian restaurant next door. With the rent being too high, the owner had been forced to close the door to his café. Again, she waxed and we talked.

Month after month, we keep up our small talk routine.   I have now dubbed these my bikini wax conversations.  And while it’s nice to get to know Mailan  a little better, I still have to laugh inwardly.  I don’t think I’ll ever feel that comfortable with the whole bikini thing, so keeping up a steady conversational stream while I’m in a little bit of a vulnerable position just tickles me.  A lot.

Modesty be gone.  I’m learning to embrace those awkward moments in life.