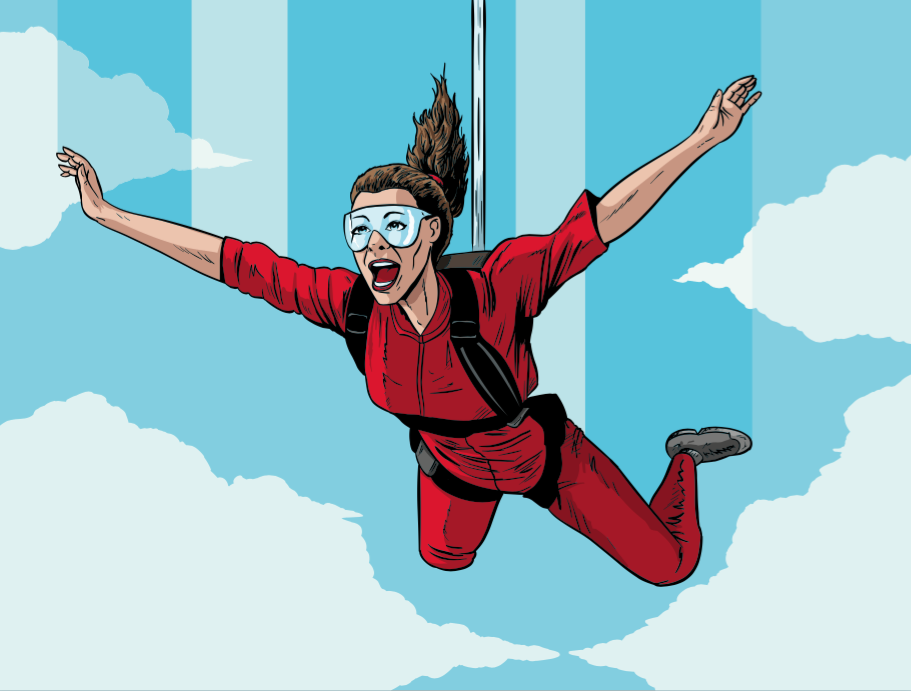 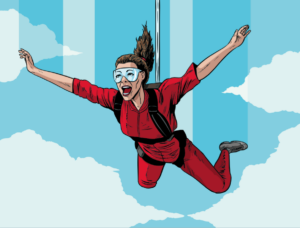 My friends and family from Newton, Massachusetts probably think I am somewhat bad-ass. I am fairly certain I get some bad-ass points with them for:

…selling everything, moving onto 49 feet, sailing down the Atlantic coast from Boston to Virginia and then across the Caribbean Sea for 11 days?

…not completely losing my shit in 35 knots with 10 foot seas?

…driving the dinghy all by myself to yoga?

…not wearing makeup or hand or toe nail polish…like, ever?

… threatening to leave Mike and check into a resort only once in eight months?

…going up the mast to the second spreader without peeing in my Lululemon skort (even if it was while the boat was steady at the dock and the wind non-existent?)

Definitely no bad-ass points for any of that stuff, not in the land where everything I have done is, well, common. Not with the women I meet every day, ordinary women who do extraordinary things, some of the most fabulous bad-ass women alive, who continue to amaze and inspire me.

Here are two examples from this past week alone:

Consider Kristin. She’s sailing with her husband and two teenagers back to Key West from the British Virgin islands when something breaks (of course something breaks) requiring someone to go up the mast while sailing in the middle of the ocean.

Not only did Kristin go ALL the way up the mast and then down while the boat was rolling like crazy, she is so damned confident that she allowed her husband to video it… from below, and ladies we know this is usually not the best angle for movies! (Please give this video a lot of likes because I kinda hinted to her I’d make that bad ass famous.)

Had this happened to us (as I have no doubt it someday will) I would have tried like hell to convince Mike to leave the broken whatchamacollit broken, because if Mike should go up that mast and fall and kill himself, where would that leave me? And if the kids should witness their mother falling to her death…well there just isn’t enough therapy available for that. And if, by some miracle I had gone up the mast, which would only have happened if we were certain to die otherwise, surely what I would have been asking Mike constantly through the marriage savers, is this: “Mike, are you SURE my ass doesn’t look fat from down there?”

Kristin is smart, strong, beautiful and totally bad-ass, and now that she is on shore once again, rumor has it that she doesn’t always wear shorts under her dresses. But Kristin is not quite 50- that age where you finally smarten up, so you could perhaps argue she’s still young and stupid, right?

…so, consider Nada. Nada is 75. Her husband is 82. We met them this week on their sailboat anchored in Carriacou, an island just north of Grenada. Nada and her husband live on their boat for about 8 months of every year.

Nada described what she and her husband do as “old people sailing”, which is exactly the kind of sailing that we also do, except that we call it “adventure.” And during our adventure, I am often a neurotic, crazy, worry wart because literally, there is something legitimate to worry about every day. Actually, I take that back.  Every hour.

Nada is the sailor and the captain of her ship- she literally does it all. She joined us for snorkeling the other day, and jumped out of the dinghy, and didn’t complain about getting cold after 45 minutes (I did.) We went walking the other day, and I was the one breathing hard and fast at the top of the hill. Nada fishes at night, when I have been sleeping for about two hours. She bleeds, guts, cleans and fillets before she hits the sack (she almost always catches something), and then invites friends over for a fish dinner the next day. She has sailed through all kinds of weather and has seen all kinds of storms, but says she’s never been scared. Seriously, I was going to call “Bull Crap” on that, but honest to goodness, she’s too bad-ass to question.

In any case, one of the best things about this adventure is meeting so many bad-ass women, not to mention the wonderful men who are by their side, who keep them laughing and grounded, and are so proud of how independent and competent they are.

I can assure you that there is nothing crazy about these women. In fact, I’ve met a lot more crazies in Newton.

Bad-Ass Or Bat-Sh*t Crazy? was last modified: May 8th, 2018 by Ronna Benjamin