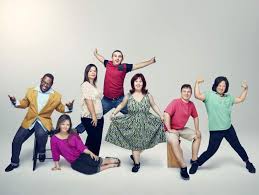 Born This Way: A Reality Show Featuring Young Adults With Down Syndrome 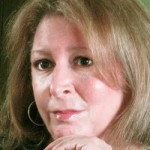 The show features young adults with Down’s Syndrome and their parents and it gives me a view into lives I wouldn’t ordinarily know about. Of course we must always factor in the truth: that reality shows are not usually actual reality. But this is about as close I’m ever going to get to the issues faced by these families as the young reality stars move into adulthood.

for many with Down’s Syndrome because it brings with it the expectation that any young adult would have: moving out of the parental home, making a living, dating, getting married and yes, having children.  But these exceptional young adults are not like most people their age. Nothing is simple and straightforward. Certain challenges must be faced and what I’ve learned is that their parents must also face those challenges.

One of the reality “stars” is a young woman from Colorado. She’s an amazing soul who started a business making tie-dyed clothing for customers all over the world. Me among them. But the fact is that she could not operate this business on her own. Her mother is deeply involved in it. She has to be–the young craftswoman needs significant help in the running of the business, more help than the usual entrepreneur would.

When this young woman announced to her mother that her dream was to move to L.A, live independently. and leave her mother behind in Colorado, the look on her mother’s face said it all. The young woman has a seizure disorder, for one. And for two, she’s always had the help and support of her mother. Now, clearly this is an empowered and capable young woman. But her mother had serious and valid concerns about her daughter’s ability to live an independent life so far from family. These were concerns the young woman couldn’t see and I was touched by her mother’s struggle to find a way to get her daughter to think them through. Because the hard truth is that if trouble arose, it would be Mom who would have to make the trip to L.A.  And then the business she’d started: what would happen to that?

Another young woman wanted to marry

and have children. There was significant concern about the couple being prepared for marriage and the parents were doing all they could to provide life skills training and coaching,  but having kids? That could be an issue. If one parent has Down’s, there’s a significantly greater risk that they’d have a Down’s child. If both have Down’s, it’s a near-certainty. And who would care for the child, regardless of its intellectual capacity? It would be very difficult for the couple with Down’s to care for a child without significant help from their own parents. The stricken look on the mother’s face said it all.

One of the higher-functioning young men told his parents he was only interested in dating women who did not have a disability–and by that I think he meant Down’s. I could see his point–he is handsome and his disability is less severe. He’s funny and charming. But he definitely has an intellectual disability. How reasonable is it for him to think that a woman without Down’s would see him as a potential mate? Could he be an equal partner to a woman without Down’s?

All of the parents deserve praise for having raised children who think so highly of their own capabilities. But as I saw more and more shows, it was clear that this was both a curse and a blessing. There’s a certain reality to having an intellectual disability and these young adults have definitely experienced some of that. But other things–having kids, running a business, dating outside their community–these young adults clearly felt entitled to these opportunities (and why shouldn’t they feel that way?). But it was painfully clear that this would mean that their parents would play an even more significant role in their lives as they aged. Rather than be the catalyst for more independence, it looked to me like it simply shifted more of the burden to their parents. This unsettled me.

I don’t have a child with Down’s in my family and don’t even know anyone with the syndrome. I’m not going to pretend that a TV show can give me a clear view of what it’s like. But it does give me the start of a view and my heart goes out to them all. To the parents, who have to run a fine line between helping their child see themselves as capable– but also taking care to not give them unrealistic expectations. And certainly not taking on an additional lifetime responsibility.

Is that even possible?

My heart goes out to the young adults, who simply want a life like any other person would have. That’s their dream. And why shouldn’t they  have it?

But I can’t help but wonder of the cost to their parents is too high.

The show has made me think a lot about these issues and the price of independence. If you have a child with Down’s in your family, or work with this community, I’d love to hear your thoughts.

Born This Way: A Reality Show Featuring Young Adults With Down Syndrome was last modified: November 28th, 2016 by Carol A. Cassara