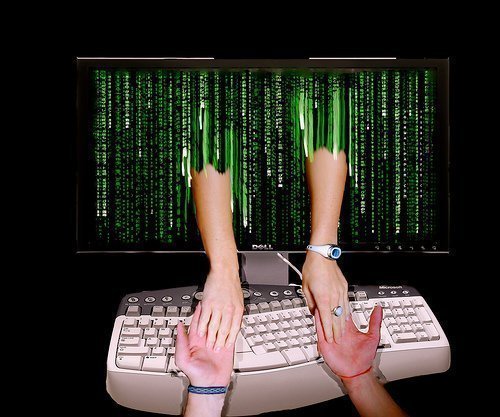 An Old Boyfriend Popped Up on “LinkedIn”

His name popped up on my screen when I went onto Linked In.  It was just one sentence. Hey “F.”  It’s John E. Nice to see your name here. I live in Oregon, am married and have twin girls who are graduating college.”

That was it. But that was all I needed – my mind was off and running.

“He’s alive? ” I had imagined him either not alive or never able to bear children. John and I had met in the library at Boulder when I was burning a new set of candles at both ends. At the time, I was studying all night, swimming a mile a day…every day – I had sworn off all recreational drugs, and felt more directed than ever for the first time in my life.

John came over to my study carrel leaning on the partition and smiled. “Hey, I noticed you’ve been here forever, you want to go outside for a break?”  I forgot to mention I had sworn off men at the ripe age of 19.  But, he seemed sweet with an innocent open warm face. He was tall, dark hair, very thin and tan – we all were then, it was Boulder after all.  “Sure, I’m actually done – it’s late.”

We walked outside to the quad and shared stories for hours. It was a welcome respite from the frantic pace I had been running since arriving at the Boulder campus. From day one of freshman year I had gotten myself entwined with three different boyfriends, found myself at parties I couldn’t find my way out of, and had partied hard with friends who were all “trying on” Boulder’s social scene. I had put on the freshman ten, lived on buttered cinnamon toast and nachos, and studied to ski. I skied every weekend when I wasn’t hitching to the top of a nearby town that boasted a 15 mile descent – an adrenaline rush I sought on a weekly basis. I was pushing every edge until I barely recognized my former quiet-tempered gentle self.

It was November of sophomore year when my advisor questioned me about my major. Stunned and confused I was masterfully guided as we combined all the subjects I loved and created a neat package – a major of International Politics. I would have to spend a semester or year abroad to fulfill my language requirement – that would be French.  In those fifteen minutes my path had shifted and I became a young woman who was going out into the world. These were my decisions alone – my parents had been absent from my life for the past two years – self absorbed in their unhappiness. Turns out as I was planning my year in Paris they were planning to separate.

So when I met John I had just begun to walk my new path. I was clean, clear and directed. I was on my way out.  John was too.

Our friendship blossomed over the next few weeks and months and we found ourselves in hot embraces and heated conversations. We were in our own bubble of connectedness and we planned to meet in Paris in September before he made his way to Spain for his semester. I can’t remember thinking we were officially “going out.” But I cared for him deeply.  So…when I went “home” to my summer island of Martha’s Vineyard – toned and clear headed, I felt in control.  But that was not to be – my momentum was halted flat – as the words floated from my dads lips to my sad ears – my parents 22-year marriage was over.

I moved into a rental with three strangers and their pet python and spoke with John most of July. And then, on that last call to his home in Rolling Hills California, a voice I had not heard – a Southern accent, who identified herself as Johnny’s nanny answered.  “He’s sick, he’s really sick, he’s in the hospital.”

I can’t remember what happened next – I believe I spoke to John after his surgery– or maybe we wrote letters – I’m not sure if he was the one who told me he had cancer – something that could affect his ability to have children – I’m not sure where I heard that.

Maybe he told me in person on his three day visit to Paris before his semester in Spain. Maybe it was when we were standing in Pere de la Chaise cemetery – wandering around the graves of the great French writers. Maybe it was there – a picture I have filed somewhere of John sitting on a headstone looking very very thin – his smile so sweet and his words not flowing so easily – maybe it was then he told me about his new path that his diagnosis had forced him on. He said he would be fine.

We were sad together – old friends parting ways – we weren’t breaking up – not sure we were even going out – but I always liked him.

We were both starting our “new lives” – our paths changed by a sentence- my parents were divorcing – he had cancer. I was in Paris he was going to Spain.

And then the note yesterday on Linked In 35 years later.

Isn’t that the wonder of being 50-plus? I hope to connect. Mostly, though, I hope to see photos of his wife and kids.

(*This is a true story but the names have been changed as “Dragnet” says to protect the innocent.)

An Old Boyfriend Popped Up on “LinkedIn” was last modified: October 1st, 2012 by Felice Shapiro