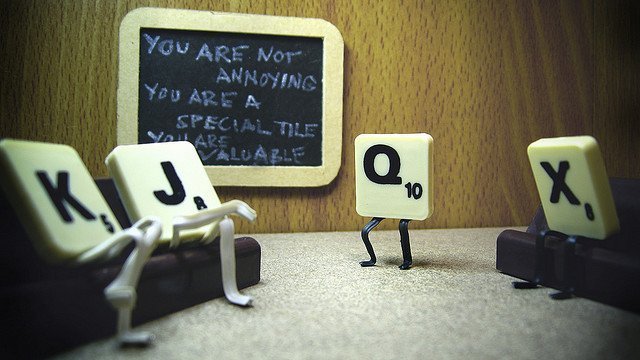 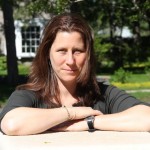 The problem with Al-Anon meetings is they’re not fun. In fact, they’re so depressing, they could drive a person to drink. Okay, so maybe I’ve only ever been to two meetings in my life, and I’m open to being convinced otherwise, but still…

As the daughter of an alcoholic, I sometimes need to vent, and it’s better to vent to people who’ve been in the same position. But couldn’t we  lighten up the mood a little bit? Couldn’t we change up the location so we’re not sitting in the basement of a fluorescent-lit church, on a hard chair, drinking bad coffee?

Were the two Al-Anon meetings I went to eye-opening? Yes. Paradigm-shifting? Yes. But they kind of left me spooked.

One day when I was in my late twenties and living on the Upper West Side of  Manhattan and very few things in my life worked, I felt compelled to drag myself to my first Al-Anon meeting. I was used to fixing things by myself, but the nightly bottle or two of red wine I shared with my best friend just wasn’t working anymore. I was waking up flushed and hung over.

On my way to the meeting, I was riddled with the fear that I’d run into somebody I knew, or worse—that they would ask, “Where are you going?”

Irrational? Well, this is the kind of secrecy and shame I learned as the daughter of an alcoholic. My lifelong code: Don’t let them see you crack. It may have been hard at home, but no one had to know. That would only make them criticize my mother, and by extension, me.

That code made it kind of hard to want to go to a meeting. In public. But I suppose that’s part of the battle: getting to the meeting to break that feeling of public shame.

As a teenager and young adult, I wore the façade of an untroubled free spirit, so when I walked into the Al-Anon meeting on that crisp Fall evening, it jarred me to look around at my fellow attendees. Like me, most people at the meeting were in their twenties. Unlike me, most of these people exposed their trauma right there for all to see. They were like live wires, with their unlit cigarettes and shaking hands clutching coffee cups. The room buzzed with energy.

I cringed as the guy beside me told of his alcoholic parents locking him in the basement–torturing him. I heard about incest. Evil stepmothers. Runaways. I was nothing like these people. What I’d suffered was long ago. Minimal, compared.

My memories of my mother’s drinking were as fuzzy as a drunk’s vision. I was nine when she stopped drinking. The stories I remembered seemed minor. And yet I carried them around inside of me, like my driver’s license in my wallet with its unflattering photo, slightly out of focus.

The people at the Al-Anon meeting told their stories willingly. I remember thinking they must be so messed up they had no choice but to tell. Then a girl—a beautiful folksinger with long, wavy blonde hair and faded jeans—stood up and spoke. She was an artist, a true free spirit; the girl I was pretending to be. I sat there, listening, my body trembling, as I tried not to cry. Not one single outward detail of her life story resembled mine, yet the emotions rang true.

There, in that room, I finally found people who got it–who felt like me, alone and alienated most of the time, except there, in that room, when they told their stories. I felt those people could help me, if I let them. But I couldn’t bring myself to go back to that depressing room.

Nearly a decade later, plagued by some of the same issues that seem to haunt adult children of alcoholics (control issues? Check. Accept nothing less than perfection? Check. Alienated? Yup), I went to another Al-Anon meeting in the suburbs. Again with the dimly lit room. Again with the hard chairs. Again with the basement. Were we trying to re-create our childhood suffering through the setting? I didn’t get it.

There were only eight of us sitting in a circle, and I was the youngest. No one smoked or drank coffee. The energy in the room was flat. I couldn’t breathe. But I sat there and listened to the forty-something woman with the twisted hands talk about her crippling rheumatoid arthritis and her nightmare mother. I listened to the nearly 300 pound man talk about his bad mother, too. And the woman whose lips barely moved when she, too, spoke of her evil mother.

I never went back to Al-Anon after that. I’m not saying it’s not a lifesaver for many people. I’m sure it is. Still…

Sometimes, I fantasize about the kind of meeting I might like to attend. First off, I wouldn’t call it a meeting. Maybe a Girl’s Night Out. There would be women my age, maybe a bit younger, some a bit older. The women would be smart and funny. Some would have battle scars, but they’d talk about them with humor. Maybe we’d laugh until we cried, sharing our stories, and how we turned out after all that craziness. I picture sitting in a warm cozy place, maybe on a red velvet couch–My fantasy Al-Anon meeting takes place in a restaurant, or a bar.

I shake my head to wake up from my dream–we’re supposed to be scarred by alcohol, bruised. But in my opinion, we’re the lucky ones, the ones who escaped, the ones who didn’t qualify for AA. That calls for celebration: bright lights, a nice glass of wine and a comfortable chair. Or at the very least, a latte.

Leah Odze Epstein is co-editor of Drinking Diaries. You can follow her on Twitter at @Leaheps and you can become a fan of drinking diaries on facebook.