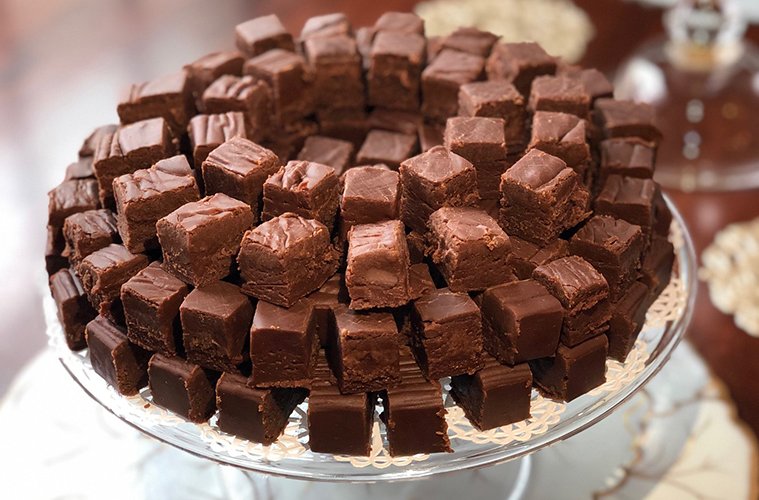 A Sweet Secret: The Generational Lie that Kept a Famous Chocolate Recipe Under Wraps

Have you ever watched a chocolate lover perk up when the word fudge is mentioned? I have. Many times. Fudge is the best episode of all 10 seasons of Chocolate. You watch it over and over and never grow tired of it. Fudge is always special.

Well, that’s not really true. After making hundreds of pounds of fudge over the years my family no longer sees it as special, just something in a brownie pan covered in tin foil cooling on the desk.

Who is the fudge for? my kids will say opening the pantry.

Fudge lovers react quite differently than my family. Displayed beautifully on the dessert table or wrapped in a gold box, I’ve always enjoyed gifting to others. No matter when, no matter what, hands down fudge lovers can’t get enough of my fudge.

Truth be told, it took decades of lying for me to realize my fudge was really the best. For so long I felt guilty about the little secret I was keeping. Passing the recipe off as my own, was not really the truth. I said it was a secret family recipe. Lie! In truth, while opening an interoffice envelope, my Mom pulled out a xeroxed copy of the original Fannie May Fudge recipe. Secretly she tucked the copy under her typewriter. Could this really be the iconic Chicago chocolate store’s famous recipe? Fannie May dates back to the ‘60’s when foil wrapped chocolate eggs were placed in Easter baskets by a certain bunny. That evening we stared at 5 pounds of fudge starting to set on our kitchen table in a brownie pan. Will it really taste like Fannie May fudge? Halfway eaten before it cooled, we had a winner and mom became a dessert star.

I decided to carry on her legend. Wanting to impress my colleagues I signed up to bring dessert for a staff luncheon.

This is incredible! Is it your recipe?

That question always unnerved me.

Oh my gosh, you have to try this.

Someone made fudge? Let me try a piece…

Who made the fudge?

There, it was out in the open. I deleted Fannie May and became custodian of the family secret.

This is the best fudge I’ve ever had. You should sell this.

After years of gifting, I decided to start my own business but worried about being called a fake. Was it legal? I googled copyright laws. In the clear. I scoured the internet and found other imposters saying their recipe was the original Fannie May fudge. Slightly different ingredients and measures validated that my recipe was unique.

It was time for the final test. For the first time in years I entered a Fannie May store and bought a few pieces of their original fudge. Walking outside I unwrapped a piece and took a bite. My fudge tasted nothing like what I was chewing! Either my recipe was never really Fannie May’s recipe, or they had changed it in the last 30 years.

Maybe it was left cooling in the brownie pan too long? Added corn syrup? I’ll never know. My fudge was fresher, creamier, and richer, more chocolatey. I caught my look of surprise reflected in the candy store window. I was no longer a fraud! After all this time I had nothing to worry about. My fudge was original. All I needed was a name.

Ripping up the family secret I settled on Leetee’s Fudge, named after my mom, the original dessert star.

A Sweet Secret: The Generational Lie that Kept a Famous Chocolate Recipe Under Wraps was last modified: July 19th, 2020 by Joan Foley