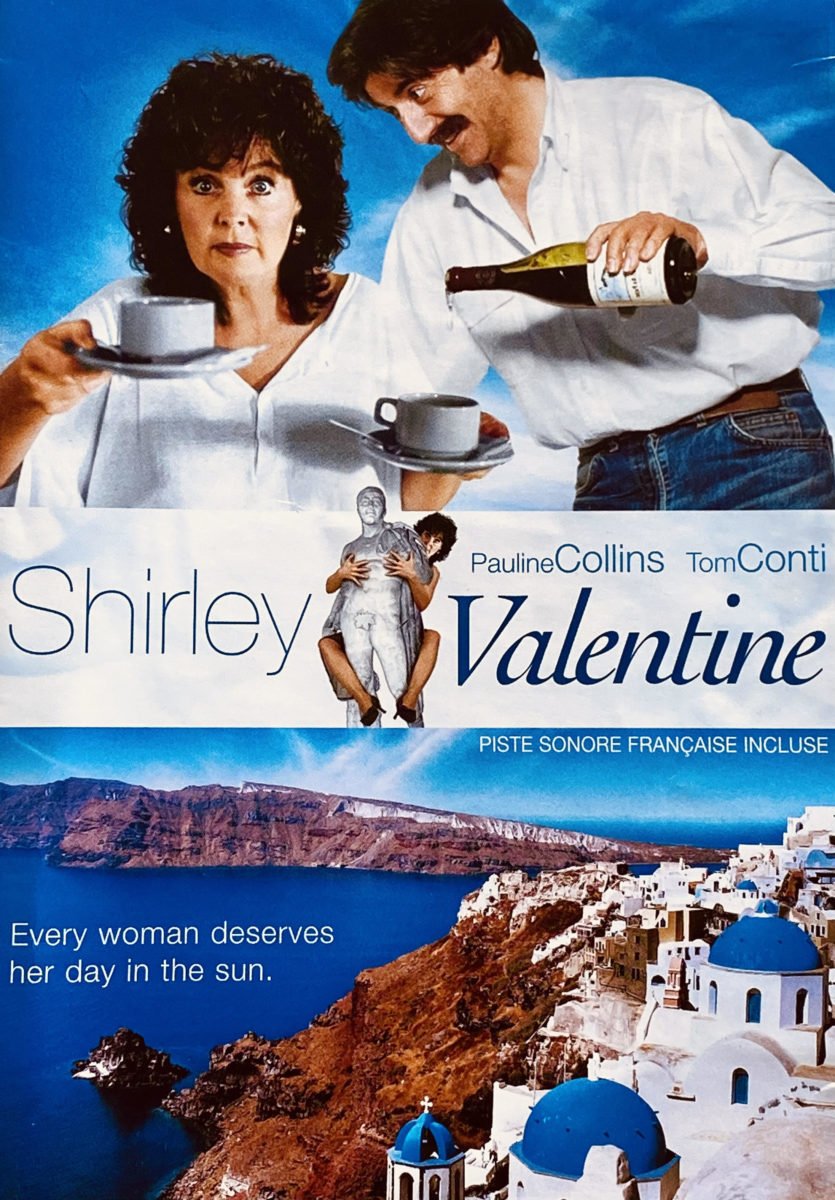 A Role Model For Fearless Women… Shirley Valentine Lives On

A woman recently tweeted about Shirley Valentine and one of her followers replied that Shirley was fast becoming an obscure cultural reference. I was horrified. You see, Shirley is my alter-ego and the thought of her no longer being relevant was almost too much to bear.

I first met Shirley Valentine almost 20 years ago. The chatty, quirky, homely heroine in the movie by the same name, she was skillfully portrayed by British actress Pauline Collins. Shirley was a bored, middle-aged housewife who felt life was passing her by. Trapped in a bad marriage and going through the motions, she spent most of her time alone, at home, talking to the wall. Then came act two. And that’s when things got interesting. The drab mother of two grown children ran away from home.

It was supposed to be a two-week vacation in Greece. But something happened. The proverbial butterfly emerged from the cocoon. Finally, comfortable in her own skin, Shirley embraced life. She swam in water that seemed to go on forever. Tanned and happy, she even had a brief fling with a handsome Greek islander. When her husband came to take her home, he didn’t recognize her. It was as if the years had melted away. He seemed stunned.

Determined to find out what happened next, I caught up with Shirley on Mykonos. She is now a woman of a certain age. Still tanned and happy, she agreed to be interviewed over a lunch of grilled Calamari, Greek salad, and wine. Our table overlooking the sea was the perfect setting. I turned on my tape recorder and began.

CK: At the end of the movie, the music played, and the credits rolled but we don’t know if you stayed with your husband or sent him packing?

SV: It’s the question most viewers want answered. Remember in the movie when I said: “We don’t do what we want to do, we do what we have to do and pretend it’s what we want to do.” That was a big hint. I was done. I had found a new life and I had no intention of leaving it behind. Joe went home alone. We have since divorced, and I’m…what did Emma Watson call it? happily, self-partnered.

CK: You spoke in the movie about being an expert at being alone. That resonated with me. Tell me more?

SV: I’ve spent much of my adult life alone. You can use your “aloneness” as a crutch to keep you from doing or you can get past it and get on with the business of living. I chose the latter. For example, If I want to travel, I don’t let being alone stop me. The Mediterranean is a beautiful part of the world. I have seen most of it now, and most of those trips have been solo. A mate is not the only path to happiness. Don’t equate alone with being lonely. You can be lonely in a room full of people. I believe that having a positive relationship with myself is what matters most.

SV: Not really. I would like to see my grandchildren more, but when we do get together, I make sure they see their Nona living life to the fullest.

I thank Shirley for being such an inspiration. Back when it wasn’t fashionable or trendy for women to go it alone, she embraced a life of happy singlehood abroad. One thing I know for sure is that Shirley Valentine deserves to be relevant to another generation of fearless women.

Postscript: Shirley Valentine, the movie, is available to rent or buy on Amazon.