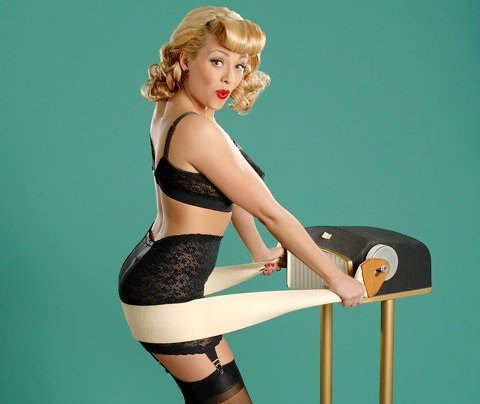 Friendship Amidst the Sweat and Sarcasm

I wipe the sweat from my forehead and lift my right leg like a dog urinating on a fire hydrant.  It’s 1982 and I’m in good company.  Twelve other women similarly clad in tights and legwarmers, a paean to actress/exercise guru Jane Fonda, simultaneously lift and lower their legs to the pulsating rhythm of “Physical” by effervescent Aussie pop queen Olivia Newton John.

“Let’s get physical, physical,” Olivia trills, extolling us to continue lifting and lowering despite our quavering limbs.  Helma, our German-born fitness leader, guides us through a one-hour, twice-weekly Slimnastics routine.  “Hydrants,” as they’re called, represent just one of the diabolical ways in which Jane, Olivia and Helma have conspired to torture us into sculpting more shapely bodies.

Helma is a good ten years older than most of us who obediently report to her suburban Washington, DC, exercise studio.  At thirty-six, she struts, stomach sucked in and spandex-swaddled bosom protruding proudly, barking orders like a commandant:  “Let’s go!  Keep it up!  No slowing down.  Higher.  Ve lift higher!”

Laura, my next-door-neighbor and new friend, shoots me frequent pleading glances.  Although we’ve just moved into our recently constructed adjacent townhouses, I can read her thoughts as clearly as my own:  “What the hell are we doing here when we could be out slurping margaritas and snarfing potato skins with melted cheese and crumbled bacon?”  No fitness fanatic, she’s only attending class because I badger her into it.  I run, play tennis and embrace Slimnastics wholeheartedly.  Laura hates me but fears cottage cheese thighs even more.

We giggle and whisper our way through the masochistic sixty minutes.  When our rebellious mirth threatens to drown out Helma’s directives, she casts a withering eye our way.  “I vill separate you two if you continue to disrupt ze class,” she threatens.  We giggle more uncontrollably, reverting to first grade antics, rolling our eyes and sticking out our tongues behind her disapproving V-shaped latissmus dorsi.

Laura and I might well be twins separated at birth.  Born just several months apart the same year, we’re both in our mid-twenties, childless, married, and raised in the Philadelphia area by parents of the same ethnicity.  Educated, cynical and somewhat restless in our new suburban environs, we’re already worried that we’re treading a little too closely to our mothers’ unimaginative turf.  Having cast off the patched jeans, Led Zeppelin and bongs of the mid-seventies, we find ourselves seduced by eat-in kitchens, Volvo station wagons and Calvin Klein jeans.

Our friendship is sealed by sweat and sarcasm.  We move through the next thirty years of children (hers), divorce (mine), diets (ours), relocations and rebirths, sharing news via marathon long-distance phone calls, emails, cell phone conversations, texts and Facebook posts.  Twenty-five years after leaving the DC area, I move back, finally able to reconnect regularly in person with my friend of more than three decades.

“I found a new yoga studio in Bethesda with parking and amazing classes,” I announce.

“Yoga kills my back,” Laura replies, a little too quickly.  She’s already wiggled out of our four-mile walks, citing a mysterious and recurring pelvic twinge.  I suspect she still wakes up some nights shuddering at three a.m. from Helma flashbacks.

“They have mat Pilates classes too,” I interject.  Never having attempted Pilates but surmising that it might not involve heavy breathing or perspiring, Laura agrees to meet me at noon the next day for a one-hour beginner session.

We find ourselves lying side-by-side on thick mats, squeezing a ring made of flexible rubber, about thirteen inches in diameter, with molded pads that rest between our inner thighs.  As we settle onto our backs, I can’t help but notice our wider waistlines, crow’s feet and sun-spotted hands.  And yet it seems, in some ways, like just last week that we were supine, chortling and groaning through Slimnastics.

“Squeeze your Magic Circle between your legs,” Julie, the trim Pilates instructor, intones.  And, feeling imbued by our own magic circle, Laura and I peek at one another and dissolve into an uncontrollable and wholly age-inappropriate fit of giggles.

Friendship Amidst the Sweat and Sarcasm was last modified: August 14th, 2012 by Karla Araujo