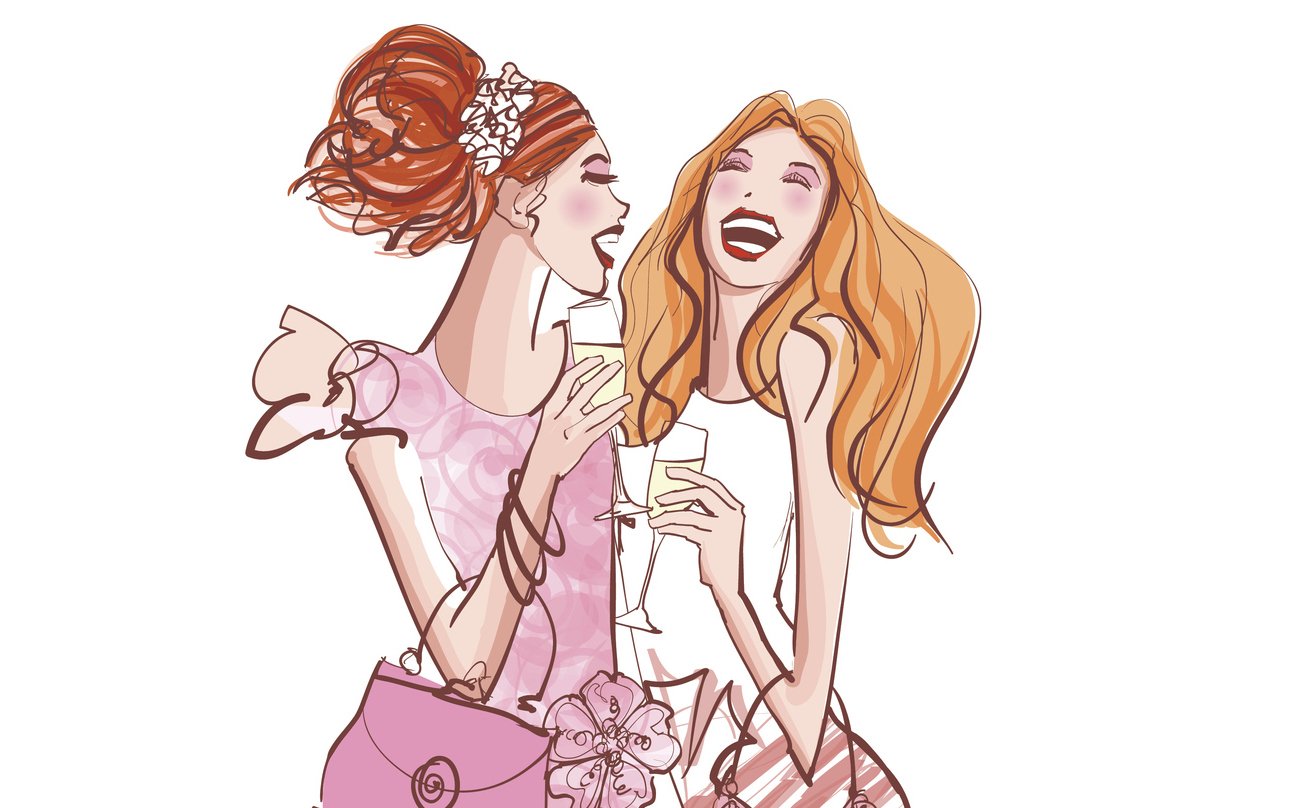 A Chance Encounter That Changed My Night

The little surprises that we never see coming are a reminder of how sweet life’s journey can be.

I was standing on Saturday night by the crudités and plentiful shrimp platter. The room was buzzing with familiar faces who I have met over the years at my dear friends’ home on Martha’s Vineyard. Wiping the cocktail sauce from my fingers I looked up from a conversation about biking with a fellow rider to search for a place to put my napkin.

My eyes landed on a woman – an animated woman who was clearly in a playful conversation with a group. They were sitting in a corner alcove. I couldn’t stop staring at her – I knew her. But, I cautioned my brain,

Ten minutes later, again I was standing near that same woman, she was still seated in the same cozy alcove and chatting away. My synapses wouldn’t let go — “I know that face.. I know that woman…OMG…so many years ago I knew her well and she has not changed…but at what stage of my life do I know her from?”

The memories flooded in as I looked at her, trying not to stare and finally I walked over an leaned forward and smiled,

“Hi, I know you and I believe you know me too… do I look familiar? I am convinced we connected many years ago but I’m not sure how.. but I remember we liked each other a lot…I’m Felice.”

Her face lit up, I could see her searching look soften and melt into recognition and she stood up.

“How old is your oldest child?”

“He is 29,” I answered still searching my brain.

“My boy is Jake….my husband was Alan… but he’s no longer alive.”

“My husband was Alan too, but we are no longer together.”

The husbands were details as were their stories….we were the main event. We had liked each other so much back then…. It seemed we still did.

“It was Lamaze class in New York City!” she blurted out.

We both belly laughed – “LAMAZE CLASS” we said in unison.

I knew her pregnant – I knew her exhaling furiously – I knew her from dinner after our classes and from the short time we continued our friendship after our kids were born.

Our kids had never met.

She remembered that I had started a magazine group back then, I remembered she had her own women’s clothing business.

I told her, I had grown and sold my business and it had gone well. She told me hers had done great and she was ready for a change.

Her kids lived in LA. She was thinking of moving to LA from New York. I told her my boys were both on the west coast and one was in LA as well.

We were in sync…connecting like no time had passed. We were celebrating as we spoke. We spent the rest of the evening talking…never tiring.

I introduced her to my husband Bill. They had an instant rapport.

We stepped into our next phase together without hesitation …ignoring the 29 year hiccup.

The 29-year interlude dissolved in an instant…as though we hadn’t been disconnected at all. The missing 29 years of stories did not need to be told in order for us to be current. They would unfold organically.

She texted me when I left the party,

“I really hope this continues.  The older I get, the less people I like.  You made my night. ❌ ⭕️

Send me your info. Your husband is adorable.

Two days later my old/new friend came for lunch with her BFF and we laughed. It had a been an easy friendship back then birthed in a Lamaze class and apparently the chord had never been cut…thank goodness!

A Chance Encounter That Changed My Night was last modified: May 31st, 2016 by Felice Shapiro