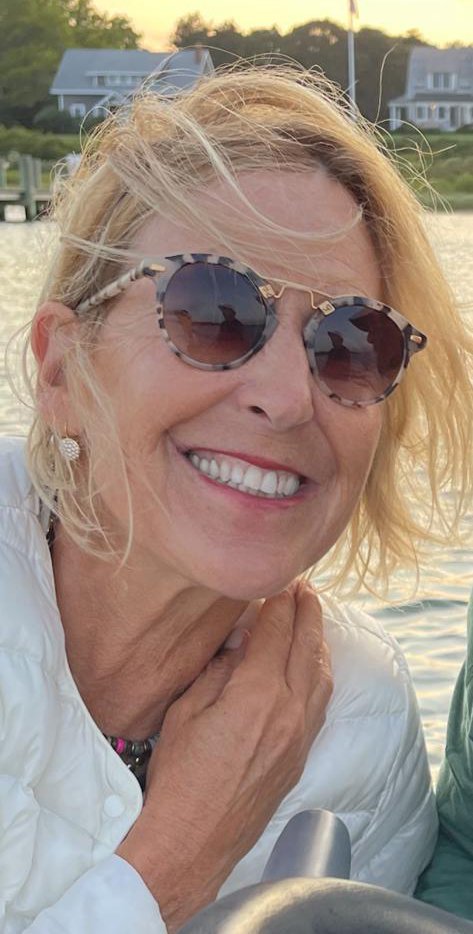 How My Breasts Brought Me Into The World 3 Times

My sister, just 13 months older than me, came home from boarding school with grapefruit sized breasts. She had been flat as a board when she left that Sept but by Xmas at age 15 she strutted in for the holidays confidently with her gorgeous round boobs.

I was gleeful,  because my life was about what my big sis did — as the 3rd of 4 girls whatever she did, I did. I followed her to horseback riding camp, followed  her out in the evening with her friend group on vacation, wore the hot pants she wore with the wedge sandals, wore the Spectrum India skirts with the cropped tops — What she wore – I wore, and usually as a hand me down….

I coveted her new boobs but I was content knowing that without a doubt, those boobs would be mine next year.

And then next year came and went and I was still stuffing my bra with scratchy toilet paper from the school gym bathrooms. I was 16.

“Don’t worry Felice, you’re always so worried about everything. Be patient.”

I was sick of watching Barb making out with her boyfriend and getting felt up at the parties, I was anxious when hot hockey playing Michael flirted with me because I knew no matter how hot I was for him I would Never ever let him kiss me because he would want to touch my tissue paper.. My junior high school self talk was on auto repeat —  “I’m deformed, no one can never know!”

And then finally, my parents stepped up. There I was, lying on the Dr.’s table getting a hypodermic size needle full of progesterone at 16 and 1/2 and poof…, my double AA’s became A’s, perky barely perceptible but pertinent.  I threw out the tissue paper. The period came once that year, I was 17 and gave into a kiss and was felt up by my first boyfriend. It was the best high school graduation gift ever!

I barely had time to get used to my new body by college and it was a curiosity to me. Would I develop more, was this it? Never sure, never comfortable, and always waiting and watching for change. And for the next 10 years I made excuses about being small chested, with a body like a boy’s, still waiting.

And then I became pregnant and I was awed by my full breasts, I felt sexy and powerful. I loved watching them change and grow. I no longer had to imagine what other women with full sized breasts felt like. I hoped that after the kids they would remain. And when I watched my children latch on to breast feed, I was mesmerized at how purposeful and productive those breasts were – how they could sooth my crying children, how I could sustain my babies naturally.  Never had I imagined how incredible the warm flush of milk rushing in and filling my breasts could fill me with so much purpose.

And then, I stopped breast feeding and my breasts disappeared into their little A cups again. I stopped thinking about them until I was single again.

Bringing My Breasts and The Rest Of Me Back To Life

Suddenly single I would stare at my breasts imagining a new man touching my body after being with the same man for 24 years.  I had no confidence that my  49 year old body would feel sexy ever.  What would it be like to have a new sensation?

And then I was touched, caressed and held. In that first touch of passion I felt a flush of excitement emanating from my breasts – my breasts that covered my heart strings that were aching from loss and longing were responding as a reminder that I am still alive, I am not the one who died and it felt good to be alive – it felt so good to be touched.  And when my breasts were touched, my heart was touched and my body reminded me I was still here – and my wounds began to heal.