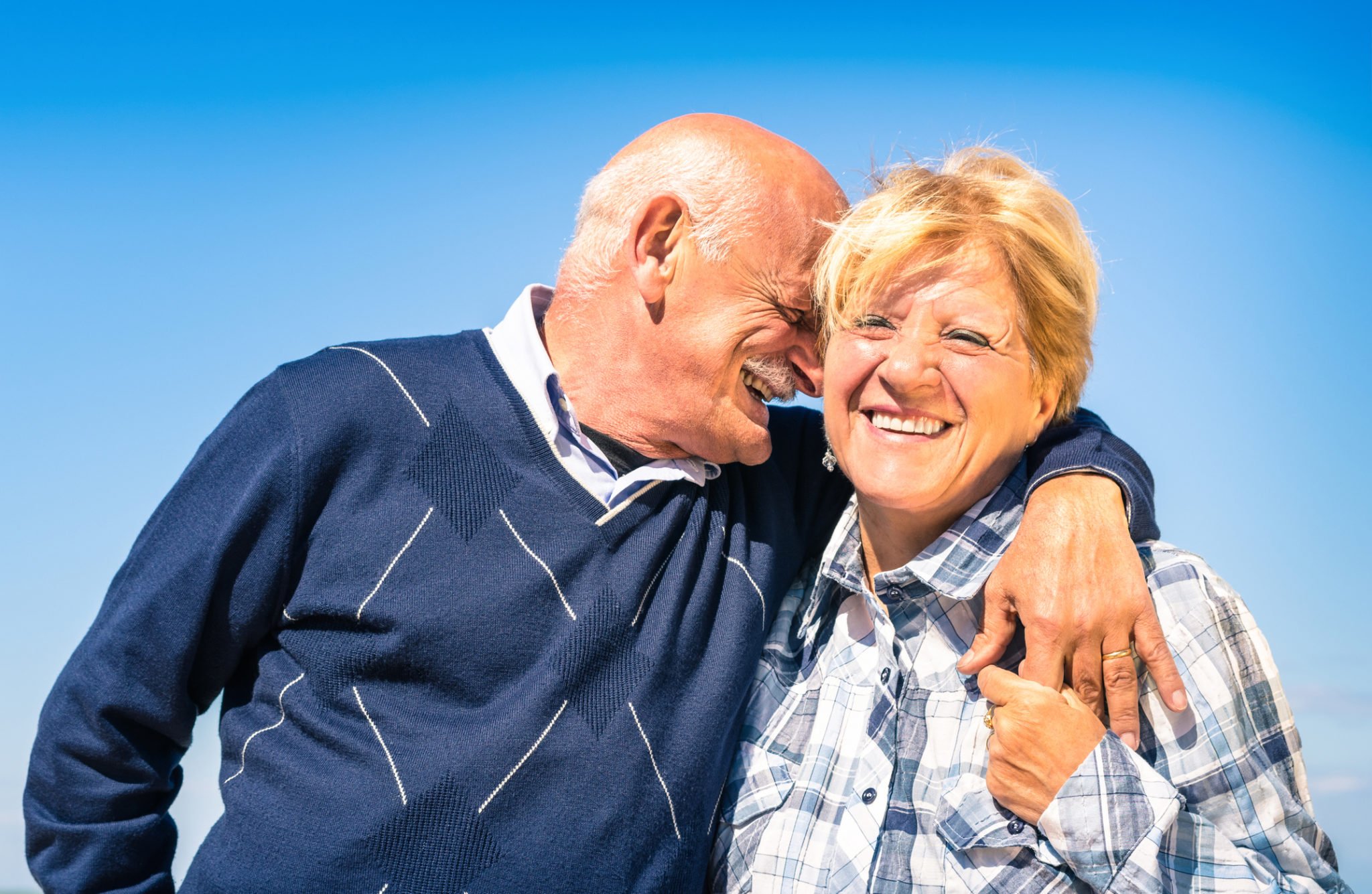 8 Things I Learned About A Happy Marriage From My Parents

When my Dad died six years ago, my parents had been married 64 years. This week marks their 70th wedding anniversary. And we will celebrate — because they are certainly still married. In my mother’s heart and in our memories.

I learned a lot about marriage from the example they set. I’m not saying I am able to put it into practice as well as they did, but I couldn’t have better role models.

Here’s just a little of what they taught me:

My mother and father had fun. They spent a lot of time not being serious. They liked to picnic at the lake in the summer, ice skate in the winter. They liked to play cards with their friends. They liked jigsaw puzzles and parades. Even when money was short, which it often was, they searched the couch cushions and went to a movie. And later, when money was more plentiful, my Dad would say to Mom: “Get your purse. We’re going out for ice cream.’”

You don’t have to be together every minute. Have your own interests. My Dad liked to go bowling, and play golf, and have a beer at the American Legion hall with his buddies. My Mom liked to have lunch with her girlfriends, shop with her daughters, and play her own round of golf. As much as you should have fun together, let your spouse also have fun without you. When my father came home after a Saturday round of golf and a few beers at the club, my mother would say, “Look how happy he is to have a day to himself. And we have something new to tell each other.”

Be on the same side

My parents made it clear to us kids that their marriage was more important than we were. “We love you,” they always said, “but eventually you will go lead your own lives and we will still be together.” They always had a united front, and nothing we could do could pit them against each other. The same held true with relatives and work and decision-making. Your spouse is on your side.

I never heard my parents bitch about each other to anyone else (at least not seriously). My mother listened to my father tell the same story a hundred times, and although she may have rolled her eyes once in a while, she never shouted, “Enough!” though I am sure she wanted to. On my father’s part, he once told me that my mother was the smartest person he knew.

Before you were married, you had your own families. Those relationships are still important. Their traditions are not to be discarded, even when you add new ones of your own. We always visited my mother’s parents every Sunday. We wouldn’t think of having Christmas Eve away from Dad’s big clan. And they didn’t criticize each other’s crazy relatives. They loved them. I remember my mother once joking, “If we ever divorce, I’m keeping your family.”

Your partner fell in love with you. In his eyes you are gorgeous. Put some effort into keeping that admiration. It doesn’t matter if you have a few extra pounds or not as much hair. Just remember to look nice for each other. My father never wore a torn t-shirt. Ever. My mother put her makeup on even for those trips to the ice cream parlor. And her hair looked great even when they had nowhere to go.

Don’t complain too much

One of the perks of being married is that you have someone built in that you can bitch to. But try not to overdo it. Your partner loves you, but you are really testing her love if you start to complain about your day the minute you walk in the door. If you are constantly negative, you are a drag to be around. I remember when my mother was going through a particularly hard time with some changes at work, and spent several weeks venting her frustration every night at dinner. One evening Dad said, as nicely as possible, “If you really hate that job, then quit, and we will get by. But if you want to stick it out, then maybe you should stop complaining – because you are only making yourself feel worse.” And she did. She didn’t quit the job. She just stopped bitching about it. We were all happier, including her.

You don’t have to take that one-in-a-million vacation (although that would be nice). Just make little moments that you can recall, to remind yourself why your marriage is worth it. When you can say, “Remember that time we stopped on the side of the road and grilled hot dogs in the pouring rain?” you are saying that those memories are worth keeping — and your marriage is based on those moments.

Reminisce. My parents were married on Kentucky Derby Day. They celebrated the Kentucky Derby every year like it was a holiday invented just for them. And they never even attended the Derby. It was their marriage they were celebrating.

This Saturday is the Kentucky Derby. We’ll stop at the betting parlor, and then go to my mother’s home to watch with her. We’ll celebrate the Derby, celebrate their glorious marriage, and offer up a toast to Dad.

8 Things I Learned About A Happy Marriage From My Parents was last modified: June 7th, 2016 by Nancy Roman