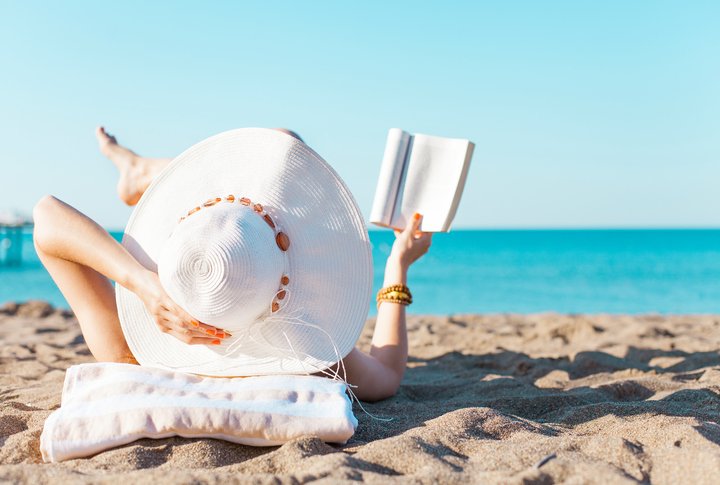 I read for pleasure, for escape, to avoid world politics, to smarten and sharpen up my brain and to connect with friends.

I read for work as editor and publisher of www.Betterafter50.com.

I read because I love a good story and I love to be transported to other worlds.

And, when I’m not reading, I’m listening to books on my iphone. I love a good story being read to me.

I am currently reading  and listening like a madman as my 2 book clubs are meeting within 6 days of each other. Well, the truth is, I’m reading one epic page turner and listening to the other while I walk my pup and clean the house and drive.

I find reading between 3 am and 5 am is better than getting up and eating a cookie. My books are pure middle of the night gluttony. I never used to read this much but that’s because I discovered how nice it is to be productive in the darkest hours of the morning — my awake time. With my new found reading opportunity I’m tackling some wonderful new territories.

And there’s so much more on my list. I surveyed my buddies and added some of their favorite reads and wanted to share some book options if you are looking for a good read. I still haven’t gotten through last December’s list from the New York Times but I’m adding to it anyway.

There’s way too many good book options but here’s what’s on my list that I’ve now got stacked on my night table, and downloaded to my kindle and audible for the next few months.

I’m hoping to sleep through the night a few nights which means I may not get through them all, however, if not…these look like great options for sleepless nights.

AN AMERICAN MARRIAGE by Tayari Jones 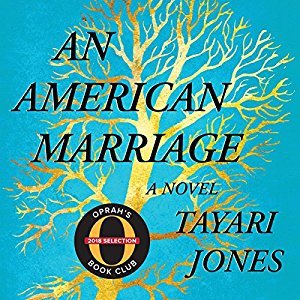 This week I”m  listening to  An American Marriage and love the cast of characters who are reading to me as well as the story. Oprah recommended this one to her book club and we agree. Here’s the review from The Washington Post…

“An American Marriage” opens early in the marriage of Roy Hamilton and Celestial Davenport. Roy is an ambitious, handsome man with a bit of a wandering eye, but he’s devoted to Celestial and determined to support her the way her wealthy parents did. Celestial, meanwhile, is drawn to Roy’s sexy demeanor but suspicious of his fidelity. Although she’s grateful for his encouragement of her nascent art business, she’s sensitive to his condescension. Like any young couple, they’re figuring out who they are and how their household will work.”  Click here to read more…

LINK TO AUDIBLE TO BUY ON AUDIBLE OR KINDLE

I am reading and loving this epic story. 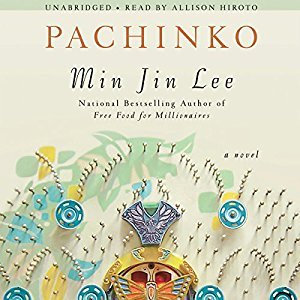 “Pachinko, for those not in the know, is one of the national obsessions of Japan, a dizzying cross between pinball and a slot machine, wherein small metal balls drop randomly amid a maze of brass pins. There’s a comic feel of Rube Goldberg to the device, but the final effect is oddly mesmerizing. The urge to play can quickly become an addiction, and of course the game is a perfect metaphor for the ricochet whims of fate. Owning pachinko parlors becomes a way for the clan depicted in the novel to climb out of poverty — but destiny cannot be manipulated so easily.”

(This book was selected as one of The New York Times Book Review’s 10 Best Books of 2017. For the rest of the list, click here.) 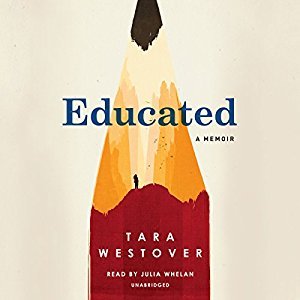 Everyone loves this memoir. Read the New York Times review to see for yourself. I’m definitely reading this next…

“Tara Westover’s parents, who practice a radical form of Mormonism, raised seven children off the grid on a remote Idaho mountainside. Home schooling consisted of an occasional morning in the basement flipping through books, nothing more. “Learning in our family was entirely self-directed,” she writes in her memoir, “Educated,” which enters the hardcover nonfiction list at No. 3. “You could learn anything you could teach yourself, after your work was done.” And so Westover — who knew she wanted to leave the mountainside, where she suffered at the hands of an abusive brother…: 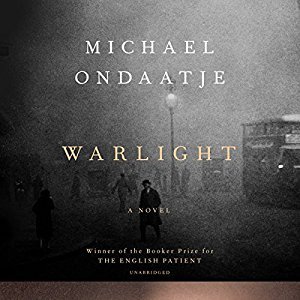 From the internationally acclaimed, best-selling author of The English Patient: a mesmerizing new novel that tells a dramatic story set in the decade after World War II through the lives of a small group of unexpected characters and two teenagers whose lives are indelibly shaped by their unwitting involvement.

In a narrative as beguiling and mysterious as memory itself–shadowed and luminous at once–we read the story of fourteen-year-old Nathaniel, and his older sister, Rachel. In 1945, just after World War II, they stay behind in London when their parents move to Singapore, leaving them in the care of a mysterious figure named The Moth. They suspect he might be a criminal, and they grow both more convinced and less concerned as they come to know his eccentric crew of friends: 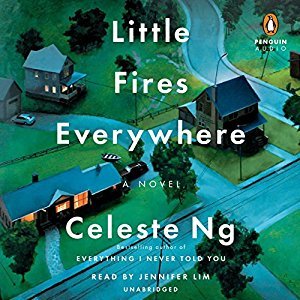 I read this book as did my book club and recommend it highly.  So much to talk about and completely absorbing as the character development was incredible.  Thought about this book way after I finished reading it. (felice shapiro)

“Little Fires Everywhere, begins memorably, with a large, elegant house on an affluent street in flames. It belongs to Elena and Bill Richardson, a picture-perfect married couple with four teenage kids. “The firemen said there were little fires everywhere,” one of the children reports: “Multiple points of origin. Possible use of accelerant. Not an accident.” Another mystery: who did it and why? On the same day, bohemian Mia Warren and her daughter Pearl, who have become closely entangled with the Richardsons, pack up and leave town.  Click here to read more….

STAY WITH ME by Ayobami Adebayo 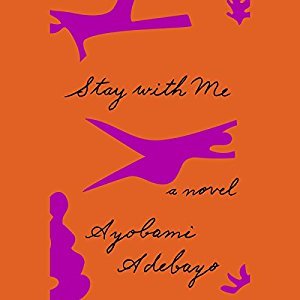 This one looks like a must read. It’s been recommended time and again. Another New York Times Best seller.

“The two narrators of Ayobami Adebayo’s stunning debut novel — a Nigerian woman named Yejide and her husband, Akin — remember the stories they heard when they were children, and they hope to pass on these stories to their own sons and daughters. They are folk tales featuring talking animals and magic potions, but while they often come with an old-fashioned moral (“He who has children owns the world”), Yejide devises her own versions, adding new bits and pieces as she goes along, turning them into allegories that speak to her own life and that of her country.”

THE FEMALE PERSUASION by MEG WOLITZER 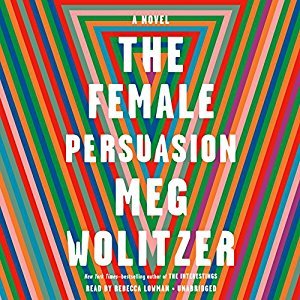 To decide if this book is for you, take a look at The Atlantic’s review…

“The Female Persuasion is about graduating from college and finding one’s way in the world, about renegotiating youthful friendships and romantic relationships as an adult, about power and betrayal. It’s also about reckoning with the successes and failures of the women’s movement and learning how to be a feminist now, in the 21st century, when the old barriers to women’s success have been broken down but no one understands quite what has replaced them.”