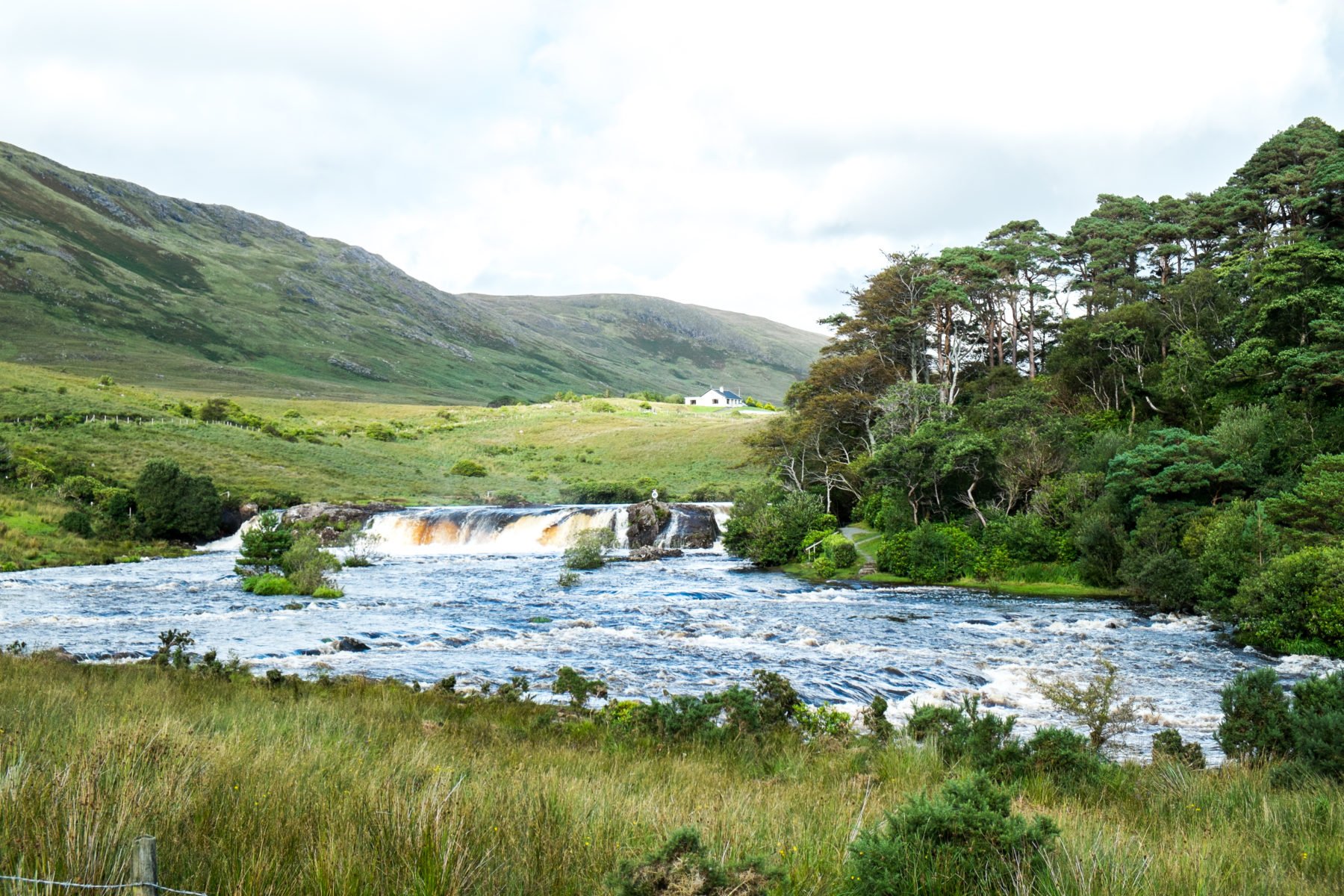 6 Top Places To Retire Overseas Where You Can Fit In

A new report from International Living pinpoints the top 6 retirement havens around the world where it’s easiest to “fit in”. IL’s Annual Global Retirement Index 2018 ranks and rates 24 countries across 12 categories, including “fitting in,” which considers the character of the expat community, whether English is widely spoken, how easy it is for a single or LGBT person to acclimate, how welcoming locals are, and more.

In the 6 easiest places in the world to retire overseas—it’s fast and simple to “fit in,” which means expats can find themselves settled and enjoying a satisfying, good-value life abroad quickly.

All sorts of factors come into play when a prospective expat looks at overseas options—safety, visa requirements, healthcare accessibility, day-to-day costs, and more.

But how easy and comfortable it is to settle in is just as important a consideration as the rest. And some places are easier than others, according to International Living’s new report.

“Some places are easier on that front than others. If a lot of people in the community speak English, it’s easier. If there’s a well-established expat community that you can just plug into to make friends and get your questions answered, it’s easier.

“In the end, it comes down to getting connected in the community. Recent studies have pointed to the risks of isolation in retirement. But retirees abroad often say they’re more sociable and have stronger community ties among their expat friends and neighbors overseas than they ever did back home.”

The “Fitting In” category in International Living’s Annual Global Retirement Index 2018 looks at size and character of the expat community, the number of clubs and activities, how easy it is for a single person or LGBT person to settle in, whether English is widely spoken, how tough the local language might be, how welcoming the locals are, and the ease of scoring familiar comforts.

The welcoming nature of a local culture and the strength of community support—both from locals and other expats—can all have a dramatic positive effect on the quality of the expat retiree experience.

International Living’s report identifies the 6 easiest places in the world to retire in 2018—all places where “fitting in” is easy. 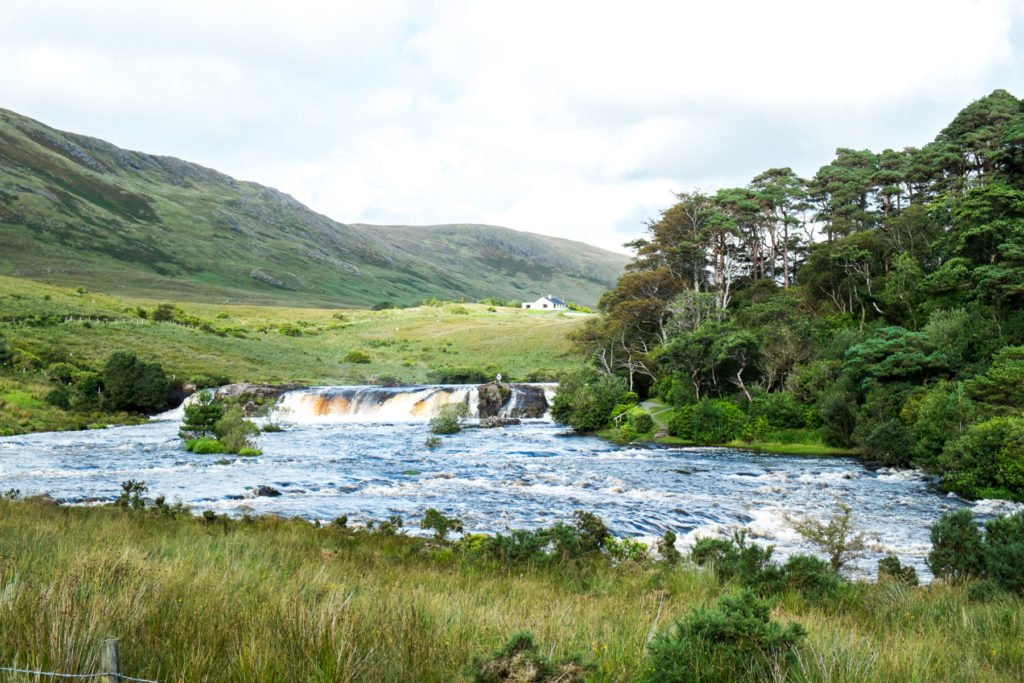 Ireland, the Land of a Thousand Welcomes, claims first place in the Fitting In category of International Living’s just-released Annual Global Retirement Index 2018 scoring 97 out of 100.

On a bright, sunny day, Ireland is the most beautiful country in the world, according to International Living’s editors. A land full of poetry and song on the edge of the Atlantic Ocean, it rains in Ireland—at any time of the day, at any time of the year. But the Irish weather is not something to endure. It’s to be embraced.

This Atlantic weather has shaped the land and its people. It’s the reason fields are emerald-green and hillsides blaze purple with heather.

Despite the onset of modernity, the Irish still take time to talk, and they’re good at it. This may just be the friendliest country in Europe.

“We have family and friends in Mexico who are very welcoming and know how to party, but nobody we have ever met can beat the Irish for warm hearts,” says U.S. expat Michael Shepherd. “In Ireland you learn not to ask directions to someplace you want to reach quickly, because anyone you ask wants to know your whole life history!”

With its English-speaking population and low-key, inclusive culture, Ireland is an easy place to fit in and make friends. It’s easy to get to and it makes for a convenient jumping-off point from which to explore Europe.

And the cost of living in Ireland can be a lot more affordable than you might think. In rural areas, rent on a two-bedroom property typically starts at less than $600 a month and utilities usually run about $100 a month. 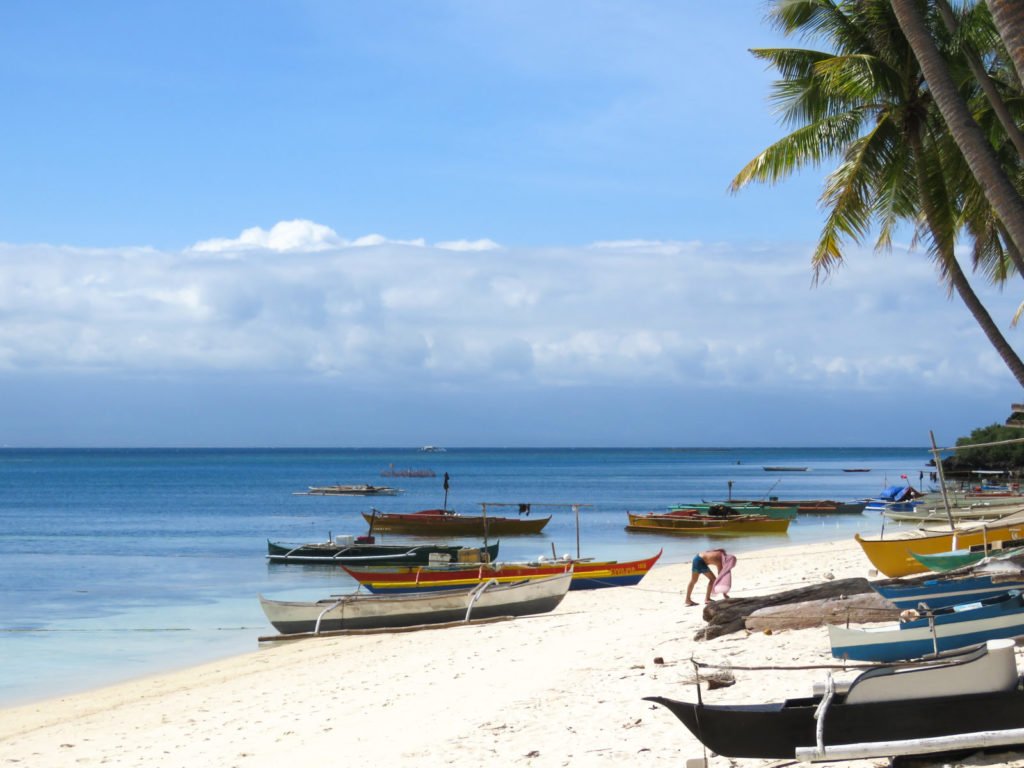 Expats live a delightful life in this stunning archipelago on almost any budget—from lively cities, beach towns, picturesque villages or cooler hamlets in the mountains.

But one of the biggest draws to the Philippines is the warm, friendly inhabitants.

The university city of Dumaguete has one of the most attractive promenades in Southeast Asia. It is a walkable city with some great diving. It’s also one of the world’s easiest places to retire, perfect for enjoying island life.

“This is a laidback place,” says expat Esther de la Cruz. “There are no traffic lights here and somehow it works because Dumaguete lives up to its name as, “The City of Gentle People.” The locals are warm and friendly and, like the 8,000 or so expats who make their home here, I got a taste of the easy-going vibe here and wanted more.

“Base yourself here and you’ll be well-positioned for enjoying island life. A two-hour ferry deposits you on the beaches of Siquijor or Bohol. A 20-minute drive takes you to the diving sanctuaries in Dauin, the waterfalls in Valencia or the hiking trails on Mount Talinis.”

English is one of the official languages of the Philippines, which makes everyday exchanges easy. More than 200,000 American expats live in the Philippines—so there’s a network to tap into.

Expats who live modestly—shop where locals shop, eat where locals eat—can get by on a monthly budget of as little as $800 a month. If you’re looking for a lavish lifestyle, a budget of $2,300 a month will buy massages, maid service, country-club memberships, and the like. 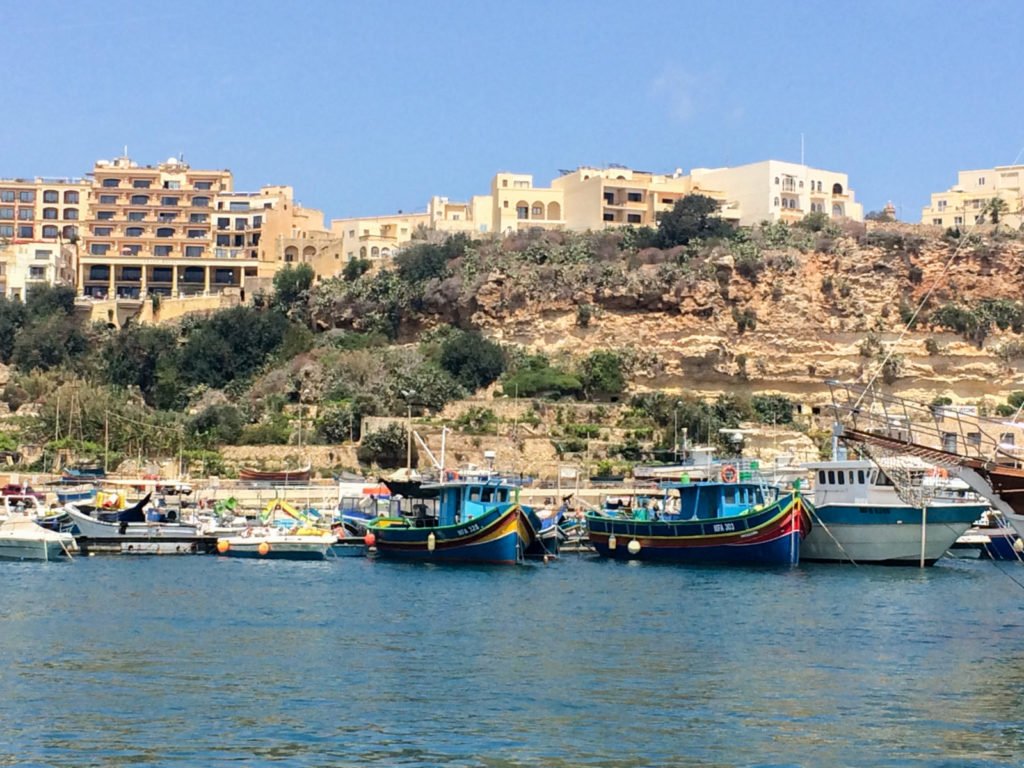 Nestled in the Mediterranean Sea, just 60 miles from the Italian island of Sicily, Malta offers year-round sunshine and a peaceful lifestyle.

Once a British colony, the locals speak fluent English and their welcoming, warm attitude makes for easy integration. On top of world-class healthcare, the island has one of the lowest crime rates to be found—attracting tourists on a yearly basis—putting Malta as a front-runner in the Fitting In category.

“There’s something to be said about the health benefits of living in a place that offers 300 days of sun, friendly locals, dynamic cultural events, and a large, welcoming expat community,” says IL Correspondent Barbara Diggs.

In Malta, a couple could live well on a budget of about $2,000 a month, which includes rent of $780 to $1,000 a month for a mid-range, two-bedroom place. Prices fall if you’d prefer living inland or on the smaller island of Gozo.

(Honduras (Roatán), Belize, and Malaysia are tied for third position in the Annual Global Retirement Index 2018 Fitting in Category with a score of 95.) 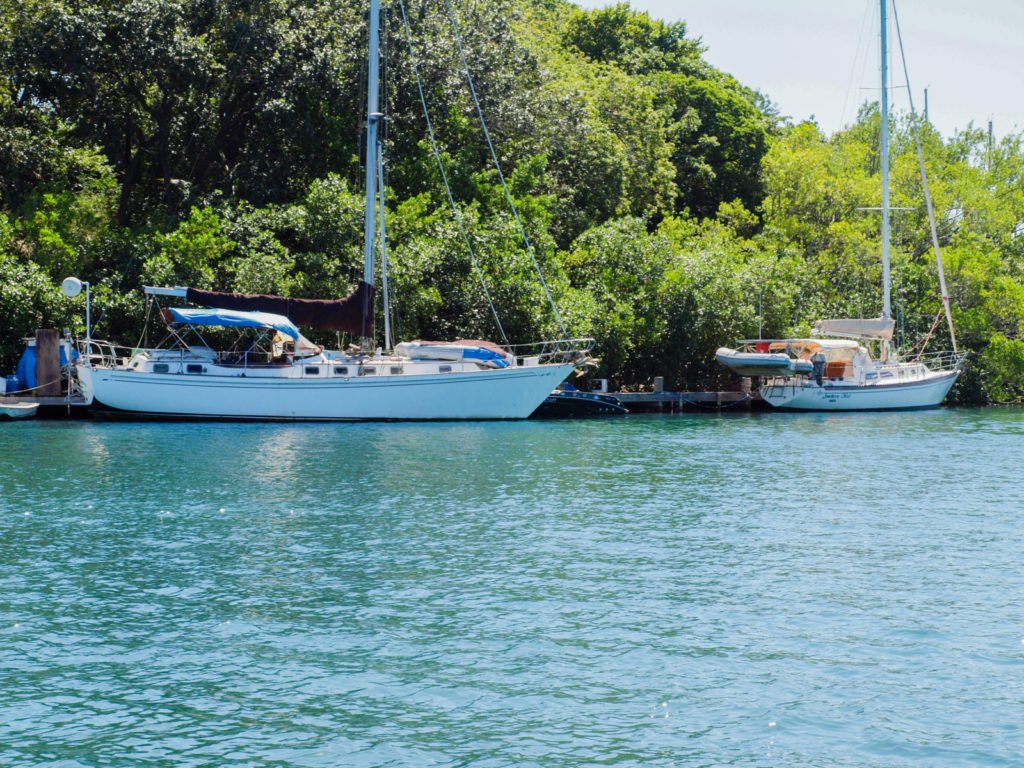 Life on Roatán, one of Honduras’s Caribbean Bay Islands, is simple. Positive, sociable people make the time to address you warmly by name. It’s the sort of place where servers in restaurants will remember your favorite drinks and meals.

The Honduran people make it easy to blend in because respect is key in Roatán. It is considered rude to begin any conversation without first having made a proper greeting and perhaps asking after the person’s family or how their weekend was. Children respect their elders and will listen politely when spoken to.

The little things in Roatán make all the difference—at the bank there is a special line for the handicapped, pregnant women and retired people

With regular flights in and out of the international airport, Roatan is accessible and it’s quick and easy to see family back home.

Marilyn Northagen Poirier and her husband, Alex—a real estate buyer’s agent—live near Oak Ridge, a traditional fishing town on the quieter and more sparsely populated east side of the island. The couple live among a mix of expats and native islanders.

“One of the things I love about Roatán is that I feel that you don’t have the social and economic barriers that keep people apart in the U.S. Here everybody is friends, and we can rely on each other,” says Marilyn.

The expat community is active—there are activities organized through the Rotary Club, Humane Society, and other, local non-profits. And local transpants from the States report there are plenty of dinners out, sailboat trips, parties, and get-togethers.

Because the island is English-speaking, it’s relatively easy to navigate, too. And a couple could comfortably get by—rent included—on a budget of about $2,000 a month. 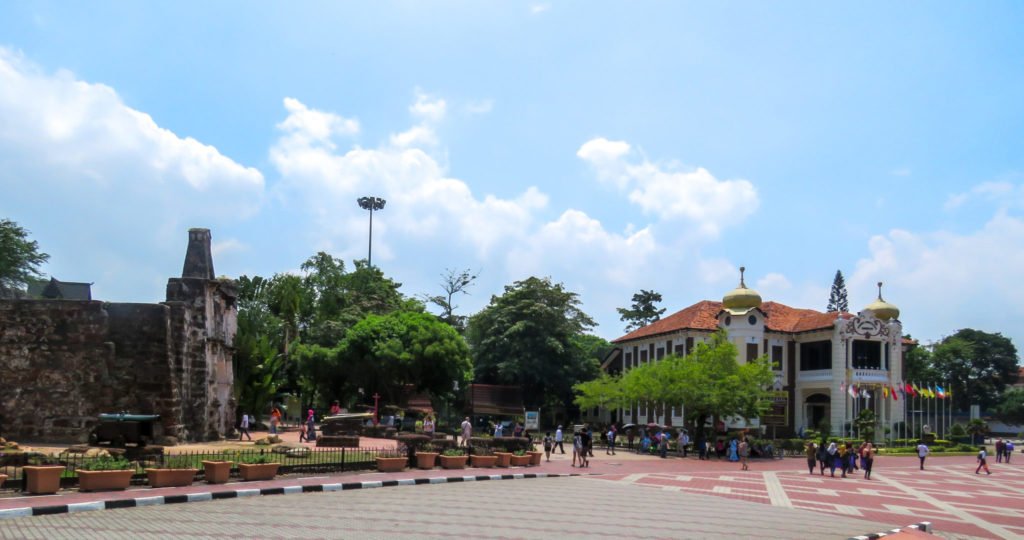 Situated in central Southeast Asia, Malaysia has been a popular expat destination since the late 1960s. It’s easy to see why—people are made to feel comfortable, superb infrastructure and expats can own properties freehold, has no inheritance tax, and places no tax on income repatriated from overseas.

And as a former British colony, English is widely spoken in Malaysia—making life in this Asian treasure easy.

Edmonton, Canada natives, Carol and Hank Muirhead bought their 2,000-square, three-bedroom, three-bathroom penthouse apartment in Penang, Malaysia in 2006. They had been snowbirding there since 2002, but only for a month or two at a time. But 11 years ago, they decided they liked the lifestyle so much that they would extend their stay.

“We’d been traveling to Malaysia for a few years, and we liked what we saw,” says Hank. “The people were super friendly, they genuinely liked Westerners, and the thought of spending at least seven months of the year in the tropics appealed.”

The Muirheads knew that Malaysia was where they wanted to settle. Its tropical climate, low cost of living, and the locals’ welcoming attitude to foreigners all gave Malaysia the edge. 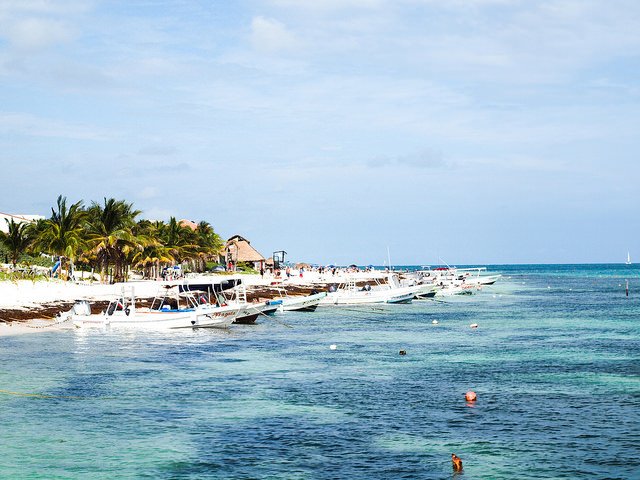 For a small country, just about the size of Massachusetts, Belize packs a punch. From the jungles of the Maya Mountains to the Caribbean Sea— it’s easy to explore.

Expats report their new lives in Belize are fulfilled by the helpful Belizeans who made them feel welcome.  Most of the expats who now live in Belize have moved from Canada, the U.S., Britain and other European countries.

Another huge plus is that Belize is the only English-speaking country in Central America, which helps make for a smooth transition.

Laura Diffendal lives in the attractive seaside town of Placencia at the tip of a peninsula off the coast of mainland Belize. The Caribbean Sea lies to the east and a magnificent freshwater lagoon with a view of the stunning Maya mountain chain, to the west.

“I showed up in Placencia over three years ago, and was immediately hooked as I drove down the 14-mile peninsula, with the sparkling Caribbean on both sides,” she says.

“I wanted to live someplace that felt tropical and exotic, with great weather, beaches, and that “always on vacation” feel. Palm trees and beaches were everywhere I looked, filled with tropical birds and plants. On top of all this, the village of Placencia feels warm, safe, and welcoming—I knew I was home.

“What I have learned since then is that I live much more cheaply in Placencia than I ever could in the U.S.”

Most exats say a budget of around $3,000 a month is plenty for island living—less is needed on the mainland.

More details on the top 6 countries in the Fitting In category of the Annual Global Retirement Index 2018 can be found here: 6 Great Places to Retire Where it’s Easy to Fit In

Editor’s Note: Members of the media have permission to republish the article linked above once credit is given to InternationalLiving.com.

Find out more at: https://internationalliving.com/great-places-fit-in/

6 Top Places To Retire Overseas Where You Can Fit In was last modified: February 19th, 2018 by Nazareen Heazle