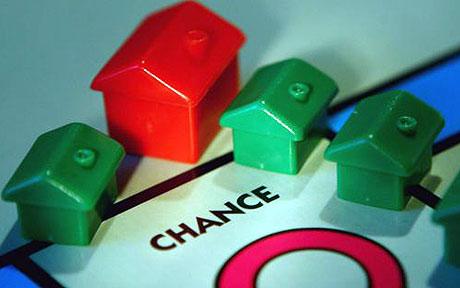 Our property has been on the market for three years, a high-end ranch that went on sale at the low end of the economy. But we are not brainstorming where we’ll live when it sells. It’s not like I’m hiding from the fact that I will one day have to live somewhere else. The opposite is true. After all, my signature is on the broker contract, which I’ve re-signed annually. I’ve received accepted wisdom from said broker by both email and phone, advising we consider lowering our asking price. I’ve even sat calmly across from my husband, discussing new price points.

But the “where to move” discussion is not happening.

This is odd. Normally, I’m all about visualizing myself in the future. I love to conjure images of me on an upcoming trip. I’ll happily fantasize about what I’ll eat at that new hard-to-get-into restaurant. I’ve considered whether this is a matter of ego, whether downsizing now also speaks of my life diminishing. But that’s not it. We both really want a smaller place, one that will allow us to more easily depart on the wild traveling we like to do. And I still feel far removed from the time when a retirement community of sorts might loom on my horizon. So it’s not like I feel that by moving I’d be taking a giant leap down the road to the end.

Here’s what’s strange: though my mind will not focus on my practical future, it hasn’t hesitated to create another sort of movie for me. In it I see someone else’s silhouette coming down my stairs to make coffee in my kitchen, building a fire in my fireplace, taking my favorite walk down the long driveway next to the river. All of this would be bucolic if it weren’t so alarming. If my mind is so good at creating a future story for my house, why can’t it show me what my life will be like when I move?

As clearly as I know the land and the nature that surrounds me, I know this: I love my home. I’ve nested, made my life, nurtured uncommon friendships, and have come to thrive here. Know this about me: I’m the loner who wishes she were more naturally a joiner. In the years it took me to create this life I finally understood just how much I needed to invest in myself and the lives around me if I wanted to be a vital thread in the fabric of a community.

Yes, it’s heartening to know that when we move I now have the chops to build a new community. But that’ll take time, time I’d rather devote to enriching my place in the community I already have, rather than building a new one. I don’t want to go through the loneliness of not having a best friend nearby. I’ve felt enough frissons of isolation when people look at me, noticing I’m new but not having anything to say to me. And I’ve bucked enough waves of sadness from knowing if I left, no one would care.

I’m no longer the kid who fled New York for college in California, eager to define myself anew and see what was out there. Now, the thought of moving is wrenching. If I were to conjure an image of me moving, I’d be a mighty ponderosa blown over in a gale, its massive roots ripped from the ground, yet still clinging to the dirt that used to nourish it.

At age 57 I find for the first time that I am counting. It’s my personal math. I count the number of years I’ve known a friend, hyper-aware of how long it took us to reach the point where a week apart leaves us both gasping for air, so essential are we to each other’s lives. And I add up the years before that, during which I felt adrift and alone. The older I get, the more essential it is to me that I have a place in peoples’ hearts, that a fully-fleshed image of me resides in their mind’s eye, that enough has passed between us to spark laughter as we play the game of “remember when.”

I’m not in such deep denial that I don’t know what’s going on here. What I’m thinking is: if I don’t talk about the future, then it won’t happen. It’s my subconscious way to postpone what is inevitable. One day someone will make an offer on our place, and then my new story will manifest itself. But until then, I’m happy to live my fairy tale, even if it ends with a happily-ever-after that won’t ever really happen.