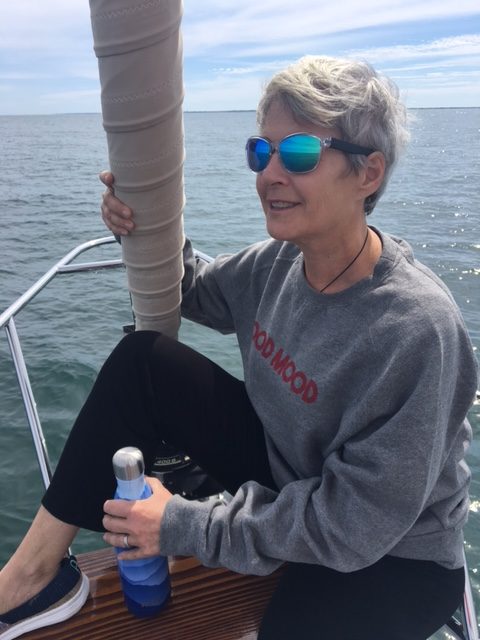 We didn’t get abducted by pirates, but that doesn’t mean we don’t have a story.

We made it to the shores of Guanaja, one of the three Honduran Bay Islands (Roatan and Utila being the others…and in case you were wondering, Fox and Friends, none of these islands are Mexico either.)

We were fairly well rested upon arrival early on a Sunday morning, considering that the sail from Providencia (Colombia) was three days, two nights, with an emotional (read “scary”) overtone because of the non-existent pirates and all.  After a quick bite (we never attempt check in hangry) and a shower, our friends lowered their dinghy and we all headed the short distance to the dinghy dock in Bonacca, the main town on Guanaja.  We were ready-all our papers in tow- to check in with immigration, the port captain, and customs, which we must do upon arrival to any new country.

It is an interesting process checking in (and out) to a third world country from a private boat.  You never know what to expect.  The rules change constantly.

Sometimes just the captain of the yacht is allowed to come on shore; sometimes, the entire crew is required.

Sometimes, especially if you are not dressed appropriately (collared shirt, shoes) or because there is a sports match on, or because the officer is simply in a bad mood, he or she will pretend you don’t exist.

Sometimes you are required to have extra copies of your boat documents, passports crew list, and zarpe (exit paper from the previous location) but how many extra copies is truly anyone’s guess.

Sometimes they are closed for lunch from 11:00AM to 2PM, and then close for the day at 3PM.

Sometimes, an immigration office will be open for 20 consecutive days, then close for a full 10 days, stranding many a sailor who didn’t know the schedule.

So, as we approached the dinghy dock that Sunday morning, not knowing what to expect, we were greeted by Barney. Barney was a skinny, disheveled looking local fellow with graying hair and few teeth. He was eager to take us to the port captain and immigration/customs, and to show us around Bonacca.  We expected to give Barney a few dollars for his trouble, and were happy to pay him.

It soon became apparent that Barney was not the sharpest tool in the shed. Our first stop was the port captain, just a few steps away.  The doors were shut, the lights were off.  Obviously (to us), the port captain was not open.  But that didn’t stop Barney.  He started knocking on doors and windows.  He was going to get that port captain for us, come hell or high water.  After some time (10 minutes?) the port captain, appeared at the window naked (at least from the waist up) and gestured for us to come back tomorrow. Way to endear yourself to the port captain, right?

Next, Barney attempted to bring us to customs and immigration, but he actually had no idea where that office was, so we did a bit of wandering, which would have been fine, had it not been a bazillion degrees.  That office too was closed, although it was supposed to be open on Sundays.  All the neighbors seemed to know the customs guy (he’s a short, heavy set guy, they told us,) and everyone was his “good friend,” with an opinion about where he might be (the island is tiny), but no one could actually tell us his name. We decided to come back after lunch.

That afternoon, as we approached the dock again, Barney was waiting for us, as were a few other men, including Hondo, Barney’s brother, wishing to be our “guides.” Barney was not happy about other men, especially his brother, trying to steal his “customers”.  But Hondo came along anyway, accompanied all of us to customs and immigration.  Along the way, Hondo asked if any of us were 60, because if you were not 60, and you didn’t have a yellow fever certification, the only way you could check in at immigration was to make a “deal” (wink, wink) with the immigration officer. Luckily, we were all old enough or had a yellow fever certification…but what a racket (you do not need a yellow fever certification to enter Honduras). In any case, we did not pay any bribes. Check in with immigration/customs went smoothly.

On Monday, the port captain was in his office early  As we approached the dock in our dinghy, Barney and Hondo were both waiting to “help” us.  They had words about who was going to bring us to the port captain (whose office was literally 30 feet away), which resulted in Hondo pushing Barney off the dock, into our dinghy (miraculously, he landed upright) while two of us were still in the process of getting out.  We told both of them we didn’t want or need any help, and that we didn’t want any part of their dispute.  A few minutes later, Hondo blindsided Barney, pushed him off the dock straight into the water, while a number of men on the dock cheered.  Barney was embarrassed and angry.  He found a big metal pole.

I stayed on the dock watching the dinghy while the guys went to the port captain. The process took longer than expected, because while we knew the port captain needed a photo of our boats (which we brought), we didn’t realize that they needed two photos of our boat- side and front view- in the Guanaja harbor.   The boys took photos and returned, and Barney came to me and apologized for the fight.

Seconds later, out of nowhere, Barney grabbed that big metal pole, and went after Hondo- right there on the dock.  I suppose Hondo is lucky that his brother didn’t kill him, but they both ended up in jail, and we finished our check in process, the most exciting checkin so far.

We are learning to expect the unexpected, and we certainly don’t need pirates in order to have a little excitement.