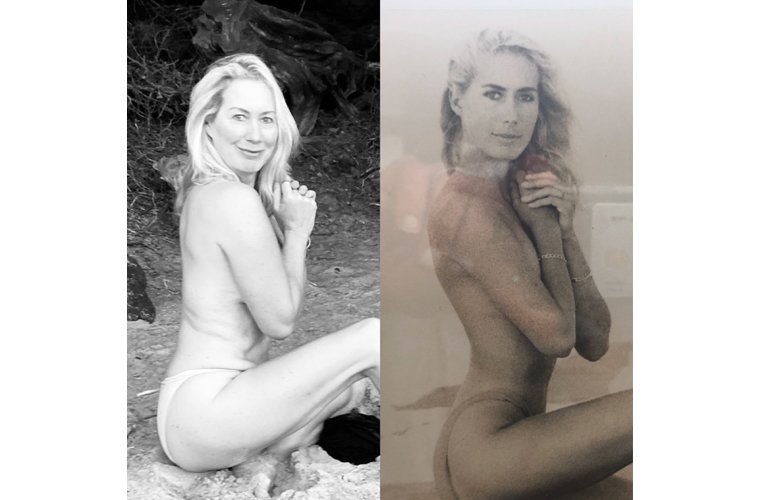 It was the summer of 1985. I was a carefree 21 year old visiting a college girlfriend, who lived in Rome. One sticky, hot morning we went on a casting for an Italian film, called Il Rivale.

They were looking for a young American girl to star opposite the French lead actor. We each auditioned for the film and then jumped on our Vespa and headed to the beach in Fregene for an afternoon of sun and sea.

I received a call later that week that I had been chosen for the lead role.

My girlfriend was cast in a smaller role. This meant I would film in Rome for the rest of the summer and then fly to NYC for one week.

It was all very exciting, since I would be visiting my family in New Jersey and I‘d also get a return flight to Rome.

While in NYC, I drove the Italian film crew down to Washington Square Park in my mother’s station wagon to buy some pot.

Unfortunately I approached an undercover cop who wanted to bust me. He gave me a break when he saw I had 5 people in the backseat that didn’t speak English.

When filming ended, we all flew back to Rome. With the money I made, I rented an apartment on Via Dei Laghi and went on auditions for more film roles.

I shot this photo with a local photographer on the beach outside Rome one afternoon.

After 6 months with no work and no film offers, I packed my bags and headed home to the US. Soon after, I married my high school sweetheart in New Jersey.

We had 3 children and lived in a big home in the suburbs. When my youngest child was just 2 months old, The Rivale film came to Showtime in the US.

I stayed up one night until 2 am to watch it. I’m not sure what was worse, my acting or the dubbing of the film from Italian into English.

I was horrified and hoped no one I knew would ever see it. Thank god it disappeared after a week and the only one who saw it was my alcoholic cousin.

My husband became more abusive over the years, both mentally and verbally. When my kids were in elementary school, we divorced.

Ten years later, I packed everyone, including our two dogs, into a used minivan and drove across the country to start a new life in California.

We settled in Laguna Beach and I opened a Stand Up Paddleboard company.

My kids enrolled in the local high school that was featured on the reality show, Laguna Beach.

I met a wonderful man and we married. Sadly, it was not meant to be. He passed away from sepsis after only 8 months of marriage.

I was heartbroken and took my grieving to Italy, where I bought a home on a sunflower farm in Tuscany.

I became a resident of Italy and spent my days learning Italian, eating pasta, painting sunflowers and drinking the local wines.

After a couple years, I came back to Southern California for Christmas and went on the online dating site, match.com. My very first date was with the kindest man I have ever met. He was also extremely handsome. We fell in love and were married 2 years later.

We currently share our time between Laguna Beach and Tuscany.

There are 34 years of living between these photos; the young, naive me and the older, wiser me.

If I could, I would tell the younger me to be kind to yourself and not worry what other people think of you.

Make more time for grandparents and elderly relatives , because they have much more wisdom than you and are gone before you can appreciate it.

And if they have an amazing recipe for lasagne, write that shit down before they die.

People don’t change , so if you marry a grouchy abusive husband, he will always be one.

Two years of fashion college won’t cut it. You need a 4 year degree.

Baby oil is not sunscreen and skin cancer will kill you.

Learn a new language early, it’s much harder to grasp when you get older.

Don’t screw around during typing class in school. Typing with 2 fingers sucks.

If someone is nasty to you, it’s probably because they are having a shitty day and it has nothing to do with you.

Smile more at others and know that we are all in this struggle together.