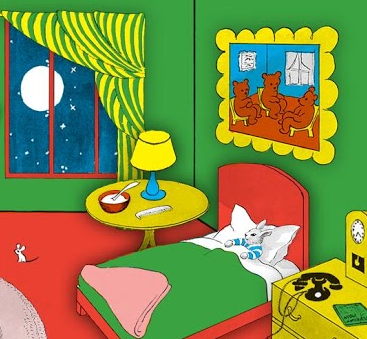 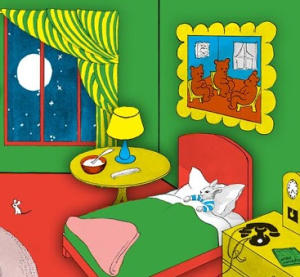 Until last month, the phone number was in my family for almost half a century. But call the number today and you’ll hear a terse message that it has been disconnected. It took fifteen years for 523-0765 to become a non-working number. The drawn out campaign that my sister, brother and I waged to have my parents sell their two-story colonial—the house on the lovely corner lot—began when my late father’s Parkinson’s disease no longer allowed him to climb the stairs. We pleaded with my mother, who was healthy then and quite a bit younger than her ailing husband, to move into an apartment – one floor, no stairs.

The idea of giving up the ancestral home in Connecticut was an anathema to my mother, who had already forever left her first home in Cuba.  Like houses that had been in one family for decades, my parents’ place burst at the seams with memories that were good and bad and ugly and beautiful. There were fights and reconciliations and moments of pure love. There were the deaths of parents and grandparents. There were great hi-fi blasting parties where my parents danced rumbas and drank Cuba Libres. There was my wedding grown that I hung on the living room lintel the night before my nuptials. There were grandchildren who toddled around the house.

But the house also teemed from years of hoarding that my mother mistook for protecting memories. I didn’t understand that even a few years ago. I only knew that she hung on to tests that she administered as a high school Spanish teacher in the ‘70s and ‘80s, and she saved every single greeting card anyone ever sent to her. She saved her children’s baby clothes—clothes practically disintegrated from age. There was my prom gown, the dress I graduated high school in. My mother’s wardrobe grew exponentially, particularly after my father died, She ordered clothes from the Home Shopping Network and catalogues I never heard of. She had more clothes than she could possibly wear in this lifetime and piles of them encroached on every bit of available space in closets and atop empty beds.

Maybe that is a sign of age—an unkempt house filled with stuff. Or maybe it was a bulwark against leaving. When my father died ten years ago, the house was still habitable and my mother swore she wasn’t budging. The heater broke down and had to be replaced. The sump pump wasn’t up to the task of keeping the basement dry. Weeds shot through cracks in the driveway. The shrubs were overgrown. The window air conditioners—streaked with bird droppings—wheezed asthmatically. The wall opposite the banister was forever scarred after my father’s chair lift was removed. The house was, in a way, diseased. And that disease was progressive. My mother could not take care of the house and the house could no longer shelter her safely.

She argued this was the home she had made with her husband, and for better or worse, she was staying until death did part her from it. We must have looked like the most negligent children in the world as the neighbors watched her haul her pails out every Sunday night, or noticed that her sidewalk was not shoveled after a big snowstorm. She lied to us and said her lawn man did snow removal. She lied to us that she had a lawn man. She lied to prevent her own removal from the house.

My mother’s health deteriorated. At first her gait was halting. Bad knees is what she told us. She refused to use a cane and we lived in fear that she would fall and break a hip, or worse, hit her head. Still, she refused to move, to live near my sister and me in Boston. Hartford was her home. She knew the television stations and the best place to get tuna salad. She was not budging and by the end of her run in the house she was not walking. Once again a chair lift was installed. My siblings and I were bewildered. This was déjà vu all over again.

And then one day my mother couldn’t manage her house anymore, couldn’t care for herself. She called me panicked that she was feeling very unwell. What should she do? I called an ambulance. She’ll tell anyone who will listen that that hospital stay was the beginning of the end for her. I will tell anyone who will listen that the phone call I made for the ambulance saved her life.

Here’s what my siblings and I had to do to save my mother further. During her extended stay in the hospital and rehab center, we used the power of attorney that we had wrested from her the year before. We sold the house with her grudging acceptance. She knew it was time. We promised to salvage pictures and other mementos. She decided to go to an assisted living facility in Connecticut because leaving the area would cause unbearable changes like watching a different local news anchor.

She was disappointed when she couldn’t take 523-0765 with her to the next town. I was devastated. It turns out the house move was as hard on me as it was on my mother. I left the old rotary phone when we cleaned the house out. After all these years, she was still renting it from the telephone company.