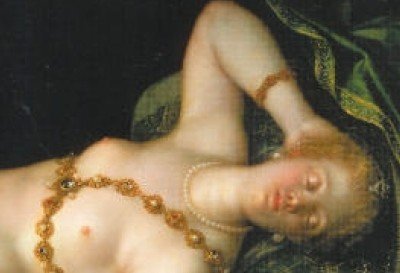 If I read one more article about 50 Shades of Grey, I’m going to rip out what is left of my already thinning hair. Ladies! Are we experiencing a true and sudden famine in the creative arts? Is there a dearth of satisfying material in the erotica genre? Why are we recommending this thoroughly artless, stuttering dreck to one another? I am embarrassed for my entire gender.

Example: The Sleeping Beauty Trilogy, by A. N. Roquelaure, also known as Ann Rice, is seething with explicit sado-masachistic rituals and fabulously lurid debauchery. In each of the three novels, both genders are debased equally and with genuinely creative vigor.  The tormentors, lascivious females often enough, pursue their own twisted sexual gratifications with a ruthlessness that, truthfully, made my cast-iron stomach turn queasy. However. What makes this book far superior to Shades of Grey is in the writing. Ann Rice clearly cares about sentence structure and word choice. Grammar, let’s remember, is the basis of good writing and no amount of relentless clitoral teasing makes up for that.

If you have a notion that romance novels are what our grandmothers read while waiting in the kitchen for a cake to set, think again. (It’s possible, come to think of it, that our grandmothers were reading the exact same erotica as we are! Not mine, of course.) High quality sex abounds in literature; whether it is set in the Victorian era, in the future, among cave dwellers or on the internet, there is something for every taste and inclination. There is, I’m glad to report, also plain old modern day sex with normal people of a certain age who may well jump up in the middle of a perfectly excellent sexual maneuver and shriek: “foot cramp!”

Romance and erotica should be written with the same dedication to craft and respect for the art of story-telling as any other good novel. There is absolutely no excuse for sloppy writing and poorly constructed prose.  Let’s raise the bar a bit. What do you say?