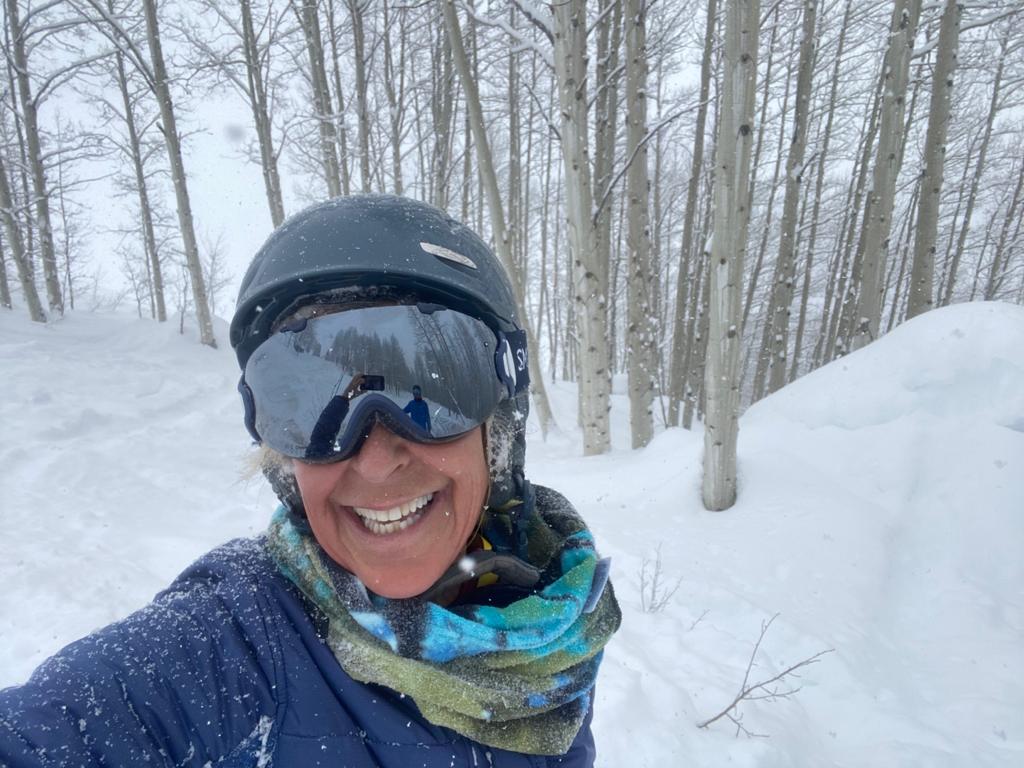 Why Downhill Skiing after 50 is Safer Than Driving in Florida ….Anything Is!

Before you dismiss my contention that it’s Better after 50 to ski than to drive in Florida just give me a moment. One may be voluntary and the other may not unless you choose to live in Florida for fun. And that’s more my point.

You may not be a downhill skier or you may have given it up for good reason like real physical issues, but, if your body parts are working and you love to ski, then there are reasons to believe that the risks are less. And comparing it to something you “think” is safe or fine may help put it into perspective.

First of all, most people who I meet who used to ski tell me they gave it up because they are afraid and they don’t want to get hurt and that’s what got me thinking about skiing vs. another perceived dangerous activity. By the way, skiing is actually considered a great anti-aging remedy due to the biometrics of lower body strengthening during turning….read more about this here.

“Be careful Felice,” is the kind loving concern I heard umpteen times as I headed off to Colorado this past week. And it got me thinking. When I was in my 40’s friends would wave goodbye saying, “you’re so lucky, I wish I was going or have a great time.”

I know the concern is out of kindness but somehow all these cautionary words cause me to check in with my quiet self and have a one to one:
“How come most of your friends have stopped skiing? Are you in lala land thinking you won’t get hurt?”
“But I love it…I love to ski as much as anything else in the world. Powder is a rush… time with friends and kids in nature is a rush, and the mountains connect me spiritually. Being in nature on skis is a passion that dominates any natural creeping fear that comes with getting older, but fear hasn’t won this conversation so let’s hit the slopes.”

“Be careful” despite appearing kind is actually a transference of anxiety. And I get it. When we love someone and we are afraid of what they are doing, we tell them to “be careful.” And it’s only natural. I do it all the time with my kids . “Hey Ma, I’m going bungee jumping in New Zealand.” First response, “Are you nuts,” and then I remember they are young and whittle it down to “Be careful.” and I know that’s useless because how can you be careful bungee jumping?

Yesterday before leaving for Colorado when my friend told me to watch out for the snow boarders…I thought I’m not afraid of them, what I’m most afraid of these days is driving in Florida and I have never been a fearful driver.

You think snow boarders are scary on the ski slopes? What about 80 plus year olds driving on 7 lane highways? People who have only 5 more years before their licenses may be revoked are impatient. Technology and driving are bad bedfellows for 50 somethings but think about that for 80 year olds.

My mom at 86 would answer her cell phone while driving and it was a good reason not to call her. I just couldn’t believe when she said, “So glad to hear from you, I’m just driving to pick up Barbara to take her to the ballet.” “Holy shit mom are you hands free?” “No honey they haven’t invented that yet, I’m holding onto the wheel with my left hand, don’t be silly.”

And that leads me to….

5 reasons skiing after 50 is safer than driving in Florida:
1. People don’t talk on their cell phones when they ski they do it in the breakdown lane aka the chairlift and when they are having a hot cocoa at the lodge.

2 Skiers have to be aware of people behind them and all around so they don’t cause a pile up. There are no bumpers on our skis because a “ding” is not nothing on skis.

3. Terrain matters. Bad trails, bumps and ice are something we look out for not something we are usually surprised with. We even stay home when the weather is bad knowing we can’t dominate it unlike most drivers who think they can. Skiers head out knowing they have to pay attention or they will get hurt. Drivers just plow on through ruts and bumps and blinding rain and snow and frankly get bigger cars with better suspension which isn’t any safer!

4 Skiers keep up with their pack and don’t stop short in the middle of a trail. They move to the side. Something like a passing lane but with humanity including voices like”on your left” as a courtesy versus crazy honkers in Florida who run up your tail full of impatience.

5. Skiers over 50 feel vulnerable and that in and of itself is a good thing unlike drivers who don’t. Skiers don’t feel like they own the road just because they have a better outfit and shiny googles like big SUVs that literally operate like armored cars and act invulnerable.

And for all these reasons if drivers would think like skiers there would be fewer cell phone conversations, more awareness of other drivers, fewer pileups and fender benders and whiplash and deaths.

The author has been skiing for 60 years and clearly has a bias.

Why Downhill Skiing after 50 is Safer Than Driving in Florida ….Anything Is! was last modified: February 16th, 2020 by felice