Ever have an irritating family friend from childhood whose sole purpose in life was competing with you? You know those kind of “pals” — you don’t choose them, but they’re part of the deal because both your parents are good friends? I thought I’d seen the last of Faye in my teenage years until she suddenly surfaced on Facebook, or rather “Faye’sbook,” requesting her entrance into MY WORLD. Noooooooooo!

Now whenever I post an update that’s a happy one, Faye immediately posts her own “Ecstatic” status. And being the type who detests people portraying their lives as all rainbows, butterflies, and sunsets, I’ll often type out something extremely honest but depressing. And in the blink of an eye, Faye will elaborate on some catastrophic personal tragedy on her own newsfeed. She keeps an endless supply of cousins with cancer for this very purpose.

So basically if I’m happy, she’s Happier and if I’m downhearted, she’s Fantine from Les Misérables.

When I wrote about my daughter going to her first prom last June, Faye’s daughter went to her first prom AND was crowned Prom Queen. I got in a car accident and was taken to the ER in an ambulance? Faye was sandwiched by two semi-trucks and airlifted to ICU in a coma. I made a crème brûlée and caramelized the sugar with a cigarette lighter? Faye made baked alaska flambé with a culinary torch!

Doesn’t this chick have anything better to do with her life than to concentrate on outdoing me on a daily basis??

“Stephanie,” you might say, “Will you get over yourself and your big ego? It’s not always about you, you know? Sometimes it’s just pure coincidence.”

Oh yeah? I’ll prove it. Look at my Facebook from last night. It’s so utterly specific. 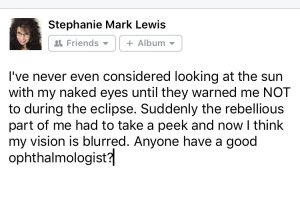 Gosh, my husband (the most incredible ophthalmologist in the world) says the crazies are coming out of the woodwork after the eclipse, claiming they’re going blind. What are you gonna do? It puts our kids through the best Ivy league colleges!

Fluke? I think not.

But just to be sure it wasn’t a chance occurrence, I found Faye on Twitter and clicked “Follow.” Then I tweeted this: 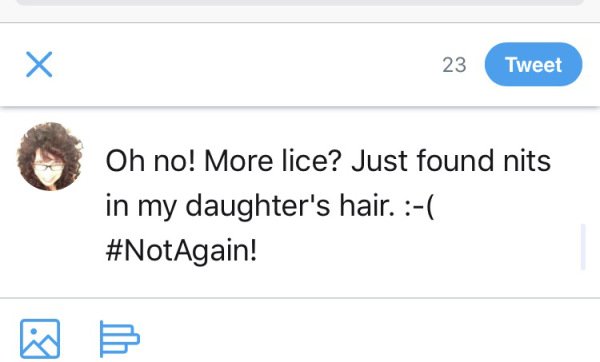 Daughter has Lice, Dog has fleas, Kitchen has Ants, Basement has Termites! #The10Plagues!

See, she even outshines me in pestilence. What petulance!

So I went to Instagram, searched for Faye there and was successful in locating her right away. This called for a new clever tact. A “fluffy strategy” to be exact, because I make the most adorable memes in the world, featuring my two kittens. Here’s my latest Instagram post: 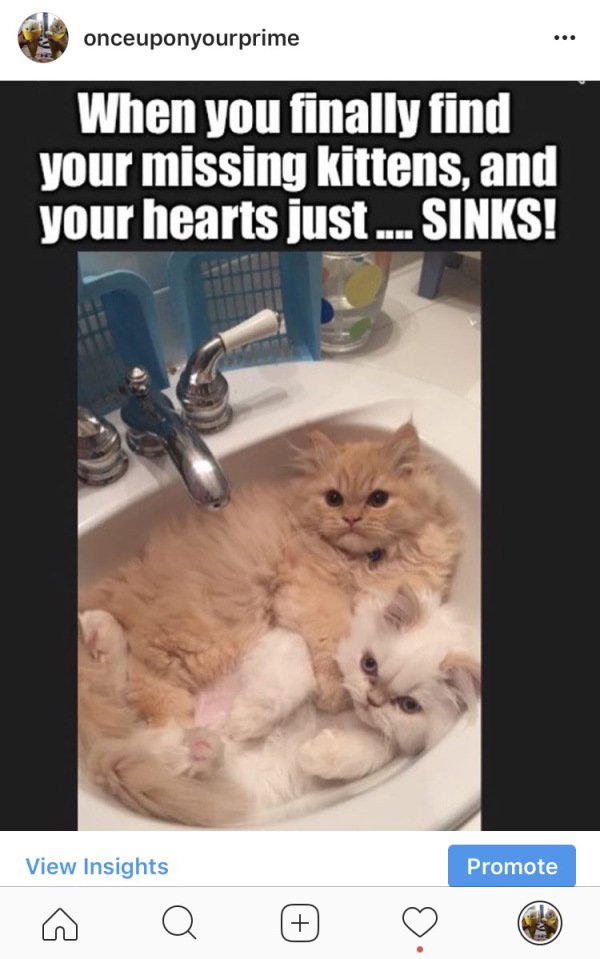 How can it possibly get any cuter, (or cleaner!) than two kitties in a sink?? Well not even twenty minutes later, her Instagram showcased her bathtub! 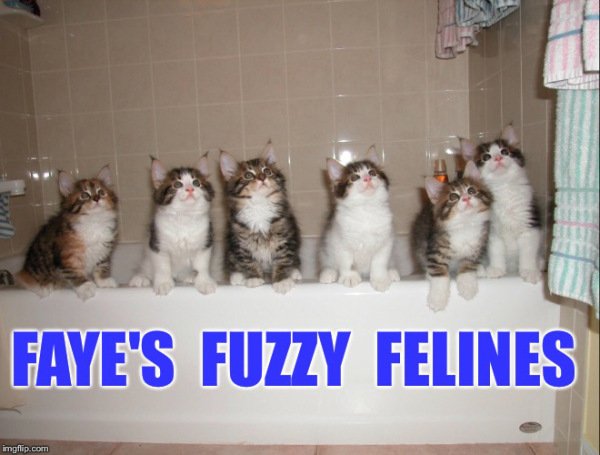 Needless to say on Pinterest, I put up a bunch of pins on turning a spare bedroom into a movie theatre. Then I clicked on her Pinterest account and she’d newly added photographs of a long, narrow hallway, remodeled into a bowling alley!

After friending her on LinkedIn, I made sure that my title prominently stated I was a published author. And instantaneously she got promoted from a boring “Technical Writer” to “Award Winning Screenwriter!”

Alright, this means war! And that’s why I’m writing this WordPress blog and then I’m gonna find Faye’s WordPress blog and become a secret new follower. There’s only one problem, I just found out Fay is on the East Coast, where she’s apparently three hours ahead of me in everything she does. And so this is HER latest post on WordPress:

Ever have an irritating family friend from childhood whose sole purpose in life was competing with you? You know those kind of “pals” — you don’t choose them, but they’re part of the deal because both your parents are good friends? I thought I’d seen the last of Stephanie (who now weirdly goes by “Little Miss Menopause”) in my teenage years but my mother insisted I find her on Facebook, so I grudgingly did so for old time’s sake. After that, she’s been stalking me on every social media in existence trying her best to upstage me. Can we say, “CREEPY??” Ewwwww. Get a life.

READERS: Do you have an online “competitor?” How about in real life….maybe at the gym? 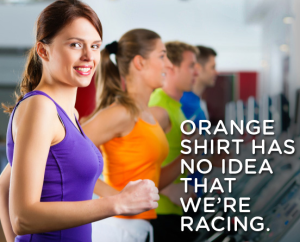