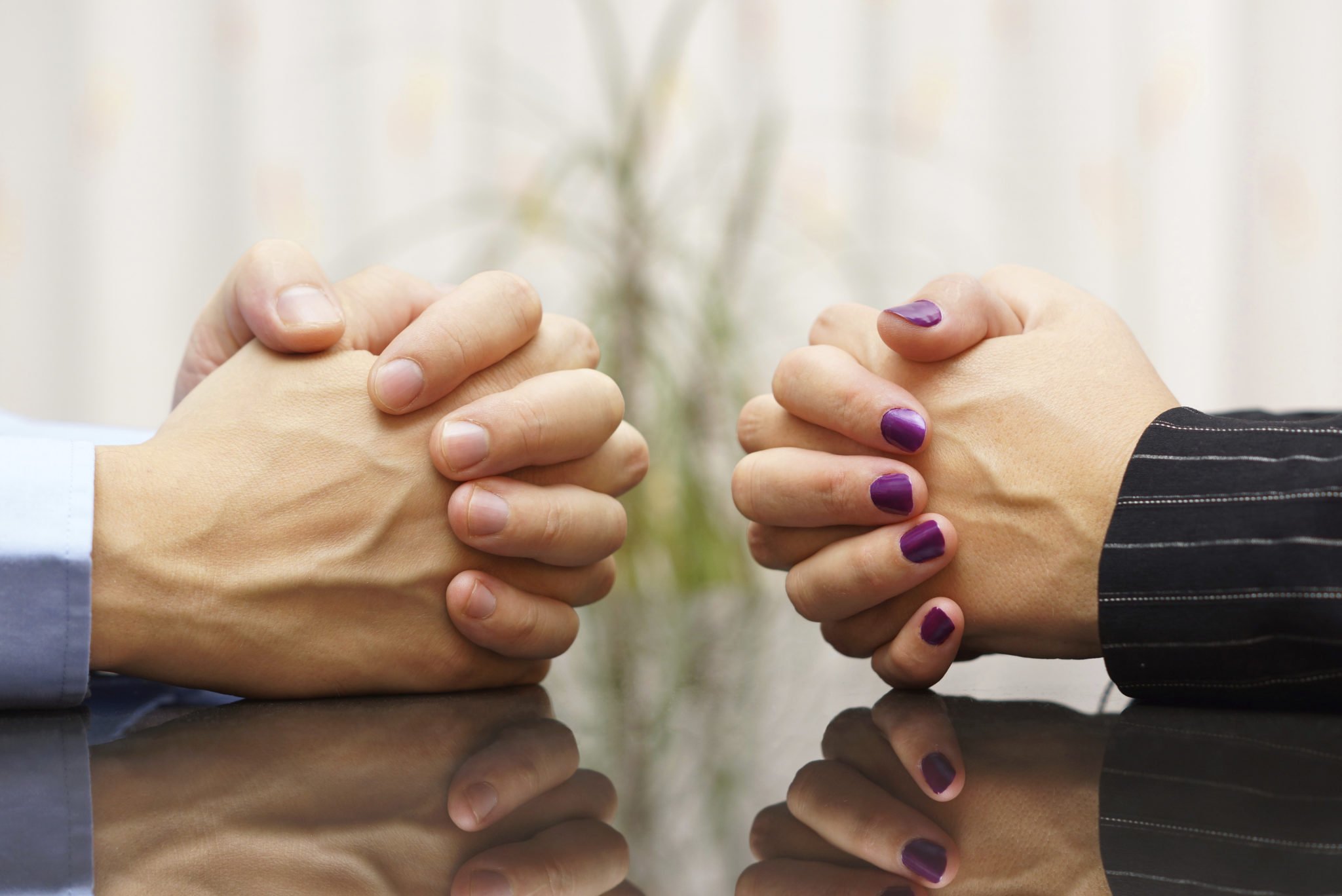 You are absolutely right in the dispute, no question. He has inflicted a wrong-doing upon you, the logic of which is obvious. He is simply too thick-headed to see it; lives in his own world; blind to the truth; unwilling to face facts. Sub-text: he doesn’t give a hoot about your feelings. Sub-under-text: he doesn’t actually care about you, let alone love you, let alone like you. But there he is, claiming the exact same complaints about you. (Only the subtext is different because men are trained to keep feelings un-watered—no tears—and they may go unrecognized as living things.)

Could both of you be right? Yes, because the logic of the situation belongs exclusively to each of you and is different for each of you. That logic, which brought on the firestorm, began with a hypothesis. From that, your argument and his proceeds on its own trajectory through to its blow-up finale.. Without hearing (e.g. listening) to the other’s hypothesis and following its logic to the end, both of you have nothing to grasp at but anger.

Okay, here is an example: He wants to stay home and watch the playoffs on Sunday; she wants to accept her parent’s invitation to come for dinner before they leave for Florida. His hypothesis—and the logic that follows: he works hard all week, Saturdays is full of the chores (she gives him), come Sunday he is entitled to relax and do something he likes. Her argument: she needs to accept the invitation, her parents have given her so much, they are leaving for the whole winter. Each is right, traipsing along the yellow brick road of the arguments. But here come the side-paths the two stumble on as neither one really hears the other and their anger escalates: all you do Sundays is lie on the couch, she says, you should exercise, just look at that belly. He says, Your father is a grouch and never approved of me, and your mom makes pot roast for dinner when she knows I like steak. She counters defending her dad’s naturally gruff nature and her mom serving soft food for his dental problems while he defends his bodily contours, and they’re off. Something has to intervene to help, as the trail of logic hits a blockade and neither of their personal GPS’s work.

Enter empathy. That is, achieving the insight to understand why the other one feels wronged; stepping into the other’s reasoning; creating a bridge on which to move. This is hard for adults to do in the throes of anger and resentment. It’s impossible for young children in their disputes because they lack the maturity and experience to cultivate empathy. (Parents can cultivate empathy; perhaps give a child responsibility for feeding and walking a pet to build concern for another’s needs.)

So, how should the couple disputing play-offs versus family obligation proceed?

Sometimes, unfortunately, resolution of a conflict is not wanted. This happens when chronic argument deteriorates to become fun in the fight itself; when asserting power and inflicting emotional pain becomes the goal. Or to a lesser and more common situation, when winning an argument takes precedent over the health of the relationship.

As adults, we have the maturity to acquire empathy and the wisdom and skill to use it in interpersonal relationships. It takes all three—maturity, wisdom and skill—to accept that people form their opinions from personal perspectives. They create their hypotheses to support those perspectives and make logical statements supporting that. Conflicts that ensue because of a counter perspective and a disputed logic can be resolved with no one shamed or blamed, by crossing that bridge. To do that leads to one of life’s greatest pleasures, fully enjoying the company of others.

4 Steps To Conflict Resolution When You And He Are Both Right was last modified: February 15th, 2018 by Judith Peck