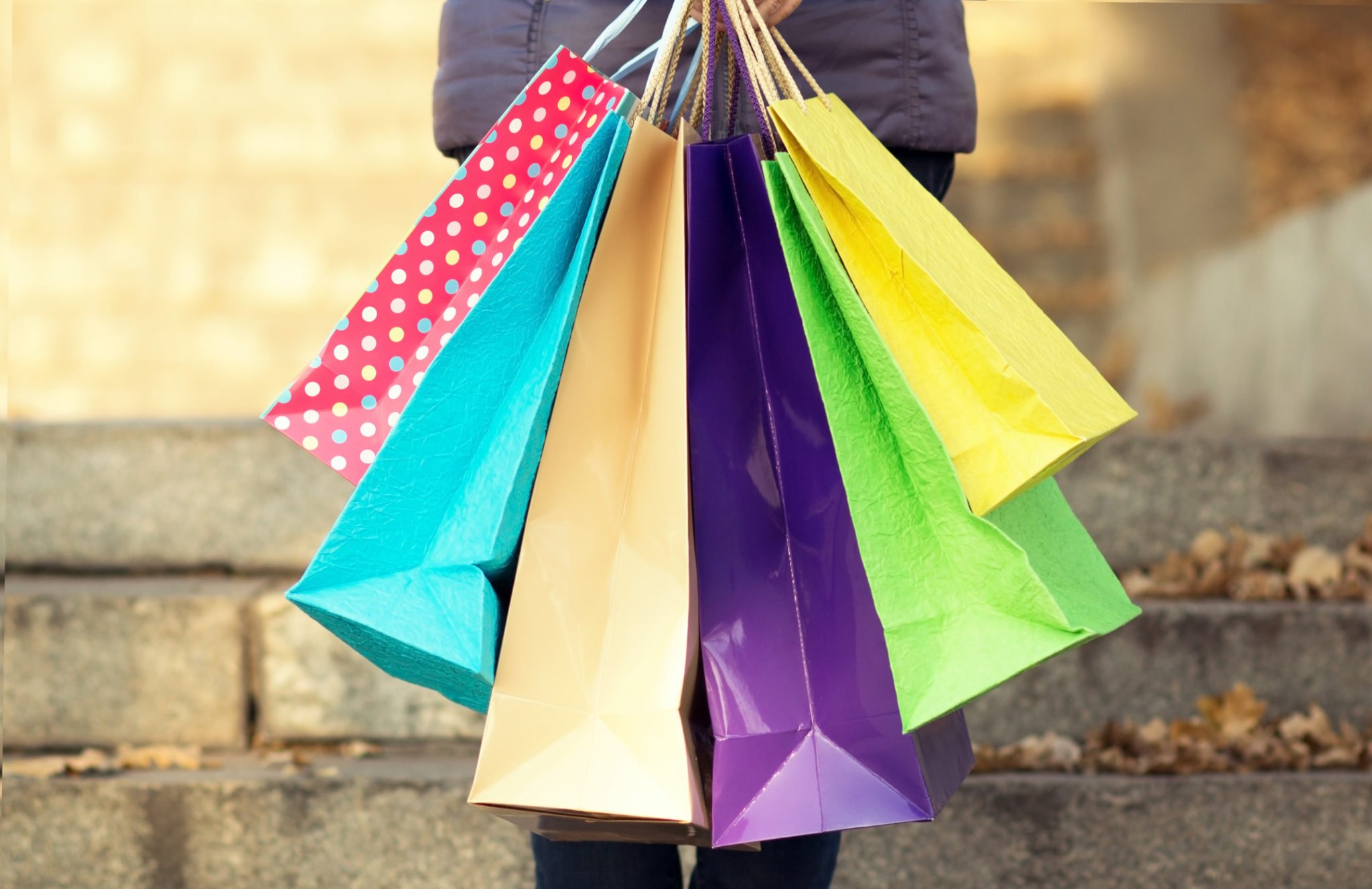 My DIL called me one day, describing a somewhat heated debate she and my otherwise perfect son had about what he calls her “shopping problem.” Normally, I don’t like to intervene in their marriage (okay, that’s a lie…Hubs has to physically restrain me most of the time), but I told my son that if my darling DIL has a problem shopping, send her home to Mama and I’ll show her how it’s done. He didn’t think that was funny.

But it got me to thinking about friends and shopping warriors I’ve met in my years of retail experience who have invented all kinds of hilarious and creative ways to shop ’til they drop and still keep their marriages running smoothly.

Authors Note: I’m not advocating lying to your partner. Nor am I talking about revenge shopping (“He was a jackass at my high school reunion, so he owes me”) or narcissistic shopping (“I know we’re in financial straits and hubby is working two jobs to pay the bills, but I need this fabulous dress because I’m, well…me“).

An interesting note here was that every man I chatted with knew his wife was spending more on clothes than he thought was sane, and furthermore, she knew that he knew. We’re assuming Sweetie-Pie is not an idiot. He sees you every day and knows that half a dozen trips to Goodwill means new purchases are arriving shortly, because no matter how much you give away, your closet is always full. As one man said about his extremely well-dressed wife, “I love her, and she loves shopping. As long as she doesn’t sell my boat for a handbag, I’m good.”

For those of you who say that you and your soul mate share everything, including what you paid for every pair of jeans you’ve ever bought, and he never challenges it, good for you. Keep on with your rebel marriage. But if you’re like the rest of us, it’s a matter of picking your battles. If he says you spend too much, but you’re not going to change, these tips can ease the stress of fruitless confrontation. I’m sharing this because I’m generous like that (and some of these women are brilliant).

Here are the ones that made me laugh out loud:

The Classic. Put your shopping booty in the trunk of your car until he takes a shower or is watching the Big Game and not paying attention. This sometimes necessitates running out through the snow in your bare feet and a teddy, but you’re doing it for team tranquility. Besides, the neighbors get a thrill, and it’s always good to be friends with the people next door.

Divide and Conquer. Put everything on separate credit cards so you “share the wealth” and no card bill comes in with a ginormous single charge. I had a customer at a local boutique who divided her purchases into increments of less than $400 per card. They had recently been hacked, and her husband set up a text alert for any charges of $400 or more. This reminded me of an old quote from Mary Kay. “When a woman has a will, she will find a way.”

Admit Nothing. Use your own credit card, and have the bill sent to your office. Easy-peasy.

“It Was on Sale.” Tell Hubby that it was on sale for a barn-burner price. Unless he knows retail and that it’s always one season ahead (selling spring fashion during winter), if you come home with a bright pink jacket in January, just say it was on sale because it was out of season. It’ll make sense to him, and most likely, he’ll shrug it off.

This Old Thing? When you wear it for the first time, and he asks if it’s new, look slightly dismayed and reply, “I’ve worn this before and you never remember it. I bought it a year ago. Don’t you like it?” A friend of mine used this one and got dinner out at her favorite restaurant that night as an apology.

Adjust the Price. Find a cost level he can deal with. Very few men understand $200 jeans (especially if they come with large holes). Those of us with curves absolutely get it. Men can buy jeans without trying them on, at any Mart in the State. That doesn’t work for most women, who have to work around hips, bellies and thighs. I usually just cut the price in half. Simple, dimple. Since Hubs would never step foot in the women’s department at Nordstrom and he never reads my blog, I’m good to go.

The Tiny Bag. Stuff all your purchases in the tiniest possible shopping bag. I know we all love those oversize bags, emblazoned with the store logo on it, but they just scream “I just bought a butt-load of new crap.” Even better, bring your own tote bag and put your new purchases in there. You can walk right past Hubby and he won’t notice a thing.

The Cleaner. Take the new item directly to the cleaners. It will come back to the house as previously worn. (This also works with your alterations lady.)

Bury It. When the opportunity arises, buy what you want stores where you’re already shopping. If you’re in a department store, buying a birthday gift or an anniversary present, and you want that fabulous leather skirt you saw in the window, have them both rung up on the same ticket. Obviously, this won’t work if the two items are vastly different in price, but you get the idea.

The Sure Fire. (This one is my favorite.) Greet him at the door after work, wearing nothing but your new purchase. A friend of mine bought a stupidly expensive black handbag that she’d been coveting forever, so when she got home, she stripped down to her birthday suit and opened the door as hubby walked up the steps. Holding just the purse, she purred “Notice anything new, Dear?” He bought her another one just like it, in camel. Works every time.

I must confess. I did use that last one on a cold winter night, when I bought my new, wildly overpriced onsie jammies. Yep, the one-piece jumpsuit with feet and long sleeves, with a long front zipper, in a fabulous warm fleecy fabric. I’m always cold, and I just couldn’t resist. Beside, I bought it from the Gonzaga online store, so it had a large bulldog on the front and “Gonzaga” stitched boldly across the butt. Hubs is a die-hard Zags fan, so I figured he’d be less disturbed by my new evening fashion statement if it was in support of The Team.

When I saw his car pull into the driveway, I quickly slipped on my onesie. Now, if you’re looking for flattering, this probably isn’t for you. There’s nothing in a onsie that holds up the cha-chas or flattens the belly. You’re kind of just hanging out all over the place under there. (It’s easy to look good with push-up bras and Spanx under your clothes, but that’s not the point of this exercise). But I let the left shoulder slide down to show a little skin, and struck my best “Come here often, Sailor?” pose as I waited for him to come up the stairs.

Fully prepared for him to respond, “What the hell are you wearing, woman??,” I wasn’t  expecting him to laugh so hard he tripped over the last step. Hubs forgives anything if it makes him laugh.

He still says it’s one of the sexiest things I own. He might be right.

10 Ways To Lie To Your Husband About How Much You Spend was last modified: May 24th, 2018 by Vikki Claflin